With the election now just weeks away, the good and gentle liberals at The Washington Post are pulling out all the Orange Man Bad stops. Last week the sports section was caught in a dishonest hit piece about a sports site that may or may not be kind of Trumpy. On Wednesday, they turned to a history professor to put an academic sheen on their usual accusations of  [wait for it …] racism! 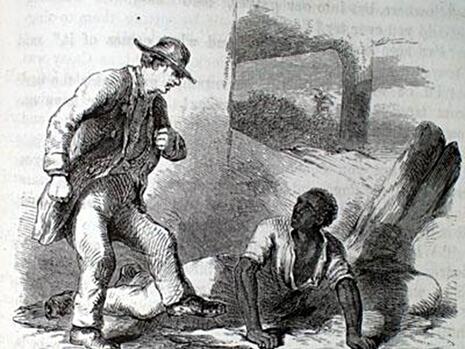 We don’t know if the University of Virginia’s Elizabeth Varon likes the unrest, violence and destruction occurring in American cities, but we know she’s anti anti-rioting. And she’s certainly anti-Trump.

Trump had the gall to call the violent (“trained”) Marxists who chant “Death to America!” while hurling molotov cocktails at federal courthouses “a radical movement to completely dismantle and destroy,” the American way of life. In short, he took them at their word.

To Varon, Trump is John C. Calhoun with an outer-borough accent. “In arguing that radical protesters endanger U.S. law and order,” Varon wote, “Trump is echoing the attacks leveled by Southern enslavers against abolitionists.”

Really. Why would he do that? “The purpose of such tactics, then and now, is to confuse Americans about causes and effects — and to serve notice that those in power flatly refuse to cede any ground to progressive reformers.”

I would have thought the POTUS has a constitutional and political interest in not allowing rabble to destroy urban centers. Maybe that’s naive. And I must be missing something, because the Post seems to have no shortage of hacks ready to slander conservatives as Confederates, whether their arguments clash or not.

On the other hand, you’d have to be pretty naive to buy Varon’s argument. Varon wants readers to believe that phantom “systemic racism” is equivalent to the stark, indisputable reality of slavery. That the small number of blacks killed during encounters with the police in 2020 carries the same as an entire race under the lash. And that acknowledging the existing violent chaos in Portland or Rochester is morally comparable to conjuring “a dystopian future of race war and civil war,” as Varon writes.

“And the rhetoric called forth violence,” Varon says. “Abolitionists were physically harassed, threatened, mobbed and in some instances murdered in waves of vigilante violence.” Well, the violence ship has sailed, Professor, and it’s crewed by the very people you say are analogous to abolitionists. We’re not supposed to notice that, and the media have done yeoman's work maintaining their ridiculous “mostly peaceful” fallacy. Speaking of which, Varon also notes that proslavery rhetoric led to censorship. The ironies just keep coming.

Not that Varon recognizes them. Here’s her last paragraph:

In short, the slavery debates established an enduring pattern in American politics, one in which reformers have been met by hate and violence, perpetrated by reactionaries who cynically tell the American people that the only way to dispel hate and violence is by rejecting reform that challenges their power and privilege. That pattern has been sustained by White Americans’ stubborn incapacity to learn the lesson the abolitionists began preaching so long ago: that racism is the root of America’s culture of violence, and only racial justice can bring true fidelity to the law, social coherence and moral order.

Ah, yes, 1619 and all that. As the Post’s subhead helpfully states, “Racism — not reformers demanding redress — is the source of American strife.” Maybe Varon really believes this, or maybe she’s just another academic spewing fashionable platitudes because that’s what’s expected. Either way, I’m glad my kid doesn’t go to UVA.