‘Fox & Friends’ Is ‘Height of Evil?’ Patton Oswalt Says So 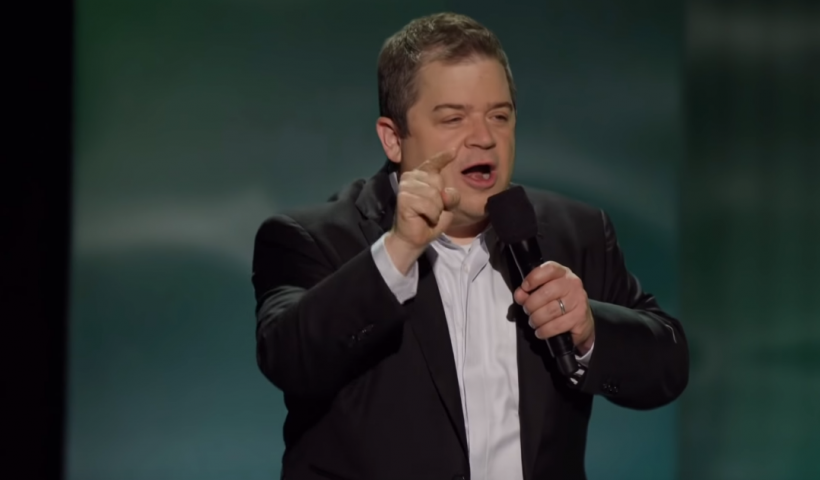 Comedian Patton Oswalt has obviously never watched The View, otherwise he wouldn’t be calling Fox & Friends the “height of evil.”

Anyway, Oswalt, according to the New York Daily News, was promoting his new Netflix special on a Daily Beast podcast when he pronounced judgement on the FNC morning show. A vociferous lefty and Trump-hater, Oswalt doesn’t want the economy to reopen from the Covid lockdowns.

The Daily News explained that Oswalt feels for “Americans who need to get back to work, but says it’s rich people who are gaining from the risks being taken by their employees. He blames the president’s favorite morning show for helping lead those lambs to the slaughter.”

(“Lambs to slaughter?” And here you thought you were a free-born citizen of the republic with all the rights and responsibilities that entails. Nah. According to The Daily News, you’re a helpless farm animal.)

“It’s the height of evil when you see the ‘Fox & Friends’ people, who are in remote studios and safe from each other, going, ‘We need to end this social distancing, don’t you think?’” said Oswalt.

It’s a fair point. But let’s try this:

“It’s the height of evil when you see Patton Oswalt, who is worth $14 million and has a Netflix special in the can, going, ‘We need to keep this social distancing going in perpetuity, don’t you think?’”

Oswalt wants the Fox & Friends crew to lead by example. “‘Why don’t you guys do it first?’ the Emmy-winning former King of Queens actor asked. ‘You’re seeing them throwing bodies onto the barbed wire to benefit themselves.’”

And again, we can turn that around and … but no, that’s where the conceit breaks down. Oswalt’s mouth is where his money is. He’s doing the hard work of rambling around a nice Hollywood home (Oswalt’s last Tinsel Town house sold for more than $2.5 million in 2017). He’s laying it on the line video-conferencing his agent and doing voiceover work from his den, while choking down delivery Thai-Hungarian fusion tacos, or whatever they eat in LA these days.

But Oswalt is a class warrier at heart. “It’s very, very frustrating when you see people’s economic and job frustration being weaponized to benefit the rich,” he said on the podcast.

And it’s very, very frustrating to be told what’s best for us by a guy who can’t even recognize true evil when he hears it. On ABC at 11:00 am ET.