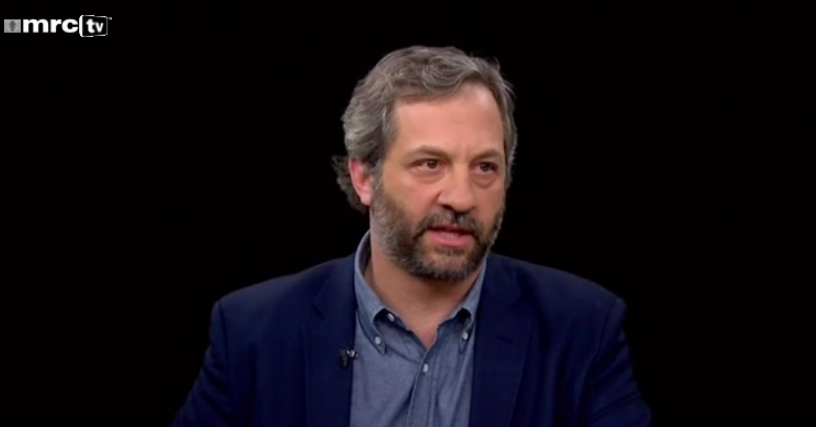 Trouble in paradise? We all know lefty Hollywood types hate Trump, and Trump’s supporters. And conservatives. And religious people. And rural America -- okay, so they hate a lot of folks. But one group could always count on Tinsel Town’s love and money: Democrats. Bill, Hillary, Barack -- even Al Gore -- were rock stars among the power-worshipping lefties.

But Trump hatred may have soured even that special relationship, and poor Nancy Pelosi, of all people, is on the receiving end of celebrity bile. Check out this response from one-time comedy guy Judd Apetow to an innocuous little tweet from Speaker of the House Nancy Pelosi damning the president for something or other: 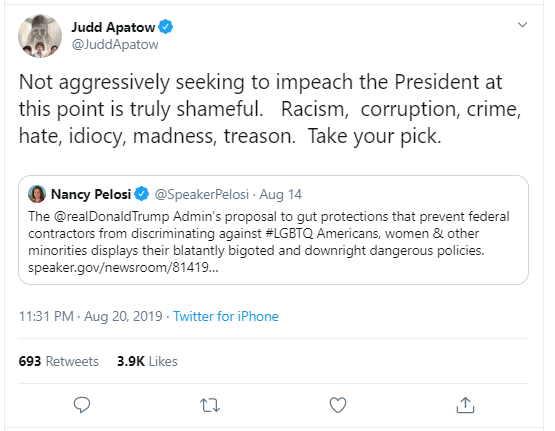 He wants his impeachment and he wants it now!

Apatow followed that tweet up by attacking Pelosi and Senate Minority Leader Chuck Schumer as a "coward." 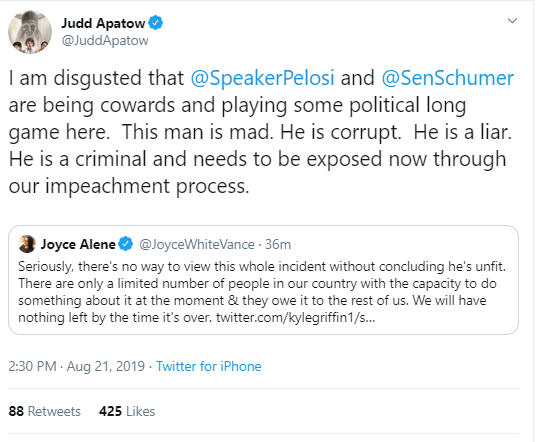 The Hollywood temper tantrum of the last few years has shown some of America’s favorite entertainers for who they really are. It’s not pretty. In fact, Dorian Gray’s picture looks at Robert DeNiro et al and says, “Dude, you get a grip.”

And it isn’t just pampered celebrities -- think Ocasio-Cortez, her Jew-hating girlfriends, and the cadre of perpetually angry freshmen in Congress. Just months ago, it would have been difficult to imagine Pelosi as the adult in any situation. But here she is, trying to keep the Democratic nursery focused and tidy. And everywhere Pelosi turns, a diaper needs changing.

It would tempting to sympathize, if the spectacle just weren’t so gosh-darn fun.