Did you hear about The Hunt and assume the worst from elitist lefty Hollywood? Did you watch the trailer, raise an eyebrow and say, “Wait, deplorables are the good guys!” Well, either way, you were wrong, according to the director. 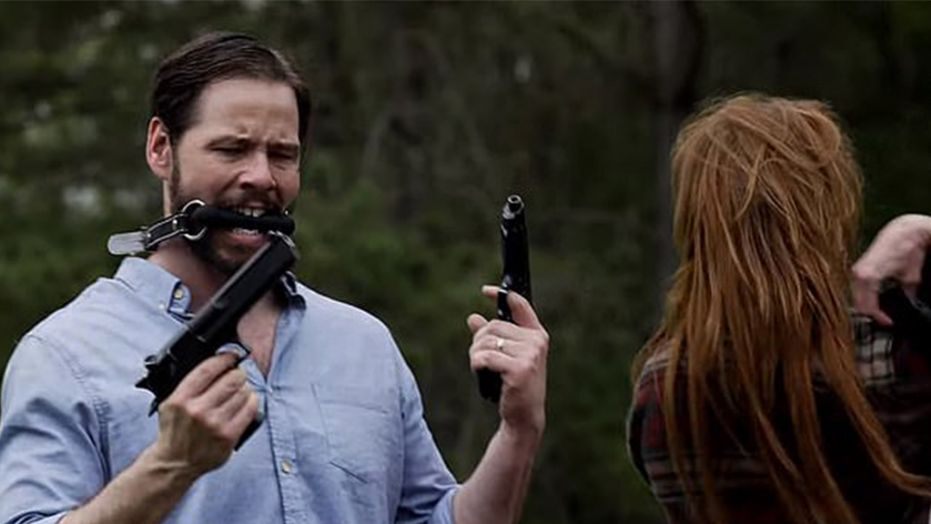 Craig Zobel has spoken publicly about the film for the first time since Universal shelved it in the wake of the El Paso and Dayton mass shootings, telling Variety he had intended to satirize right and left in our ongoing culture wars and use the critique as the launch point “to make a fun, action thriller.”

Zobel apparently agreed with Universal’s move. “If I believed this film could incite violence, I wouldn’t have made it,” he said. “Our ambition was to poke at both sides of the aisle equally.”

The premise of The Hunt is that lefty coastal elites annually get to blow off steam by kidnapping red staters, leaving them in some remote place and hunting them for sport. But of course, this time, some of the hillbillies prove too smart and resilient to go down without a fight. Outside of using geography/politics to divide the hunters from the hunted, it’s not a new plot.

(But it’s not, thank heavens, another sequel to a reboot of a superhero comic book -- something Zobel acknowledged when he gave credit to Universal for taking a “risk on greenlighting a film not based on prior intellectual property.” Somebody in Hollywood wrote something new. Go figure.)

Zobel didn’t blame one side or the other for “this moment in our culture – where we jump to assume we know someone’s beliefs because of which ‘team’ we think they’re on … and then start shouting at them. This rush to judgment is one of the most relevant problems of our time.”

The site Dark Horizons also noted that “Universal itself has pushed back against a recent report that test audiences had been uncomfortable with the film’s political slant along with stating the film never went by the title 'Red State vs. Blue State.'” Of the screenings, the studio said:

While some outlets have indicated that test screenings for The Hunt resulted in negative audience feedback; in fact, the film was very well-received and tallied one of the highest test scores for an original Blumhouse film. Additionally, no audience members in attendance at the test screening expressed discomfort with any political discussion in the film.

Whether an action flick about Americans killing each other over politics was a good idea or not, it sounds as if the axe Zobel was grinding was double-sided. That's a good thing. “My hope would be that people will reflect on why we are in this moment, where we don’t have any desire to listen to each other,” Zobel said. “And if I’m lucky some of us will ask each other: how did we get here? And where do we want to go moving forward?”

Well, one thing’s for sure: we’re not going to the theatre.