Mario Lopez is in a world of trouble. He stands accused of heresy -- a charge that in 399 B.C. got you a hemlock cocktail (neat -- not even on the rocks.) In 33 B.C. it would get you stoned or, in one rather notable case, crucified. And in 1200, heresy was as serious a crime as turning people into newts, of which, the less said, the better. 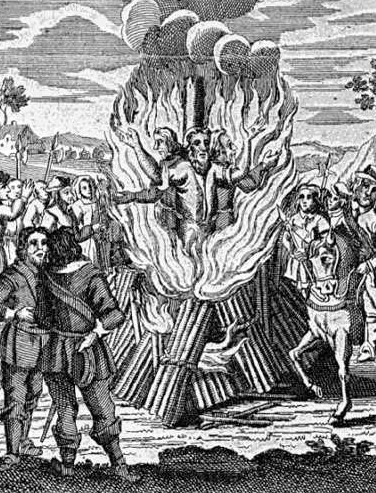 Today, what constitutes heresy is very different than in the past, and mainly includes reactionary thoughts against the Glorious Sexual Revolution or asking how, exactly, your ancestors in Lithuania were culpable for slavery in Alabama. But the penalties for heresy remain harsh: official and social ostracism, loss of livelihood, indentured servitude to Rosie O’Donnell, etc.

Lopez, host of Access Hollywood, has yet to learn his ultimate fate, but Newsweek, which still exists, posted the most damning of the charges against him on July 31. To wit:

Most chilling, Newsweek charges that:

Whatever punishments he eventually faces, Lopez’s heretical embrace of biology and his scorn for lefty parents who treat their children as social experiments has already incurred the displeasure of the online torch and pitchfork set. “After news of the interview broke, Lopez's Wikipedia page was altered to refer to him as a ‘transphobic & misogynistic American actor and entertainment journalist,’” according to Newsweek, which really does still exist.

That Lopez is so LGBT-friendly as to have presented at some of GLAAD’s perpetual awards shows hardly mitigates his transgression (and yes, I intended the hell out of that pun). “GLAAD CEO Sarah Kate Ellis said Lopez ‘clearly needs a primer on trans issues.’” A group called PFLAG, “the national organization for friends, family and allies of LGBT people” made a condescending offer to explain modern magical sex thinking to Lopez in a tweet. (Newsweek, which valiantly, against all odds, continues to exist, called the tweet “edifying.”)

Yes, Lopez stands sore charged of the most heinous of modern heresies. May God, or Gaia, or Rosie have mercy on his soul.

UPDATE: The confession is in: Mario Lopez regrets his 'ignorant and insensitive' comments about transgender children