John Cleese Would Like an Argument Please (About Multiculturalism)

“Whatever you do, don’t mention the culture war!” 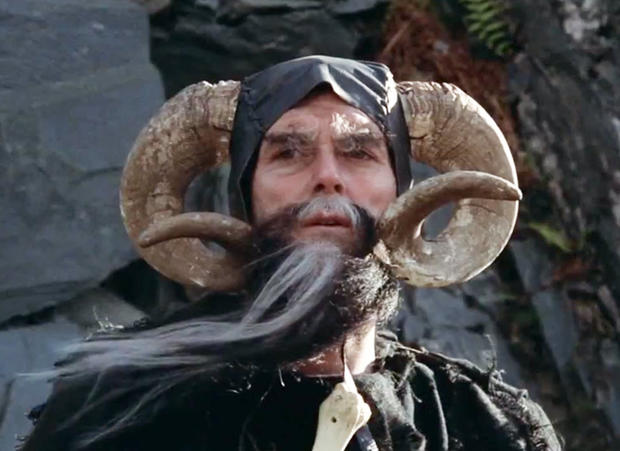 John Cleese is a funny guy. And, though he’s historically been a man of the left, he’s a rather sensible guy, too. That has put the Monty Python alum at odds with current lefty pieties.

The other day he tweeted:

Some years ago I opined that London was not really an English city any more. Since then, virtually all my friends from abroad have confirmed my observation. So there must be some truth in it… I note also that London was the UK city that voted most strongly to remain in the EU.

Predictably in a country that now investigates people for “misgendering” others on Twitter, such a scandalously reasonable observation drew a tweetstorm from progressives. A sneering piece by Caspar Salmon in the lefty Independent (UK) nicely captures the reaction.

Cleese, in his “huffy xenophobia,” had inveighed “against the curse of multiculturalism with which London finds itself shockingly beset.” Cleese’s take is “all the more sad that he has drifted towards such reactionary views because he was once such a committed tormentor of institutions, bluster, xenophobia and small-minded Englishness.”

Much funnier when he was one of us, eh Caspar? And Cleese’s apostasy extends beyond not welcoming cultural suicide. Elsewhere he has the cheek to “indulge in jokes about how confusing it is to put the bins out now, what with all the recycling we have these days.” The horror. What’s with these cranky old comic geniuses? Cleese’s fellow Python Terry Gilliam last year said the BBC’s obsession with diversity was killing comedy on the network.

Salmon goes on to lament that “Comedy always thrives on subverting and undermining the status quo.” It also thrives with irony, which … oh, never mind. Casper didn’t say anything interesting, though I did learn that “transphobia” is a pressing problem, and that they have “dog whistles” on that side of the pond, too (“English” is one. Who knew?)

For Cleese’s part, he seems undeterred. He followed up with a tweet certain to cement his place alongside Richard III, Cromwell and the Piranha Brothers in the ranks of Britain’s great villains: 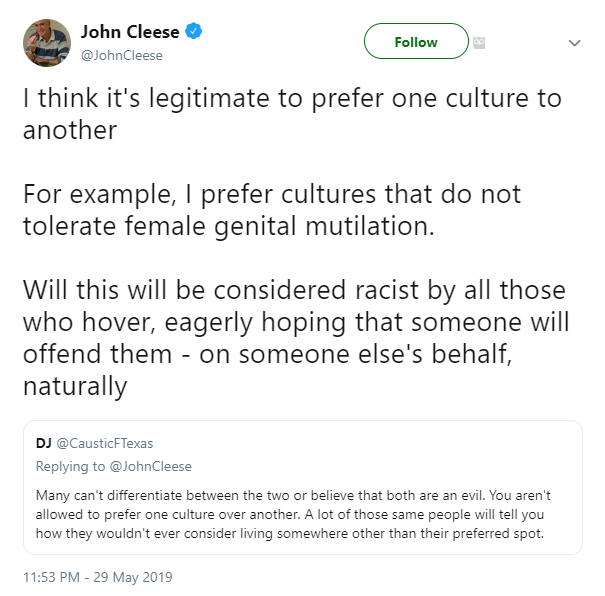