The World Leader in Stupid: ESPN Brings Olbermann Back to Sports Center

If you know anything about Keith Olbermann, you know he’s The Worst Person in the World to help ESPN pull out of its social justice spiral and get back on course covering sports. But according to USA Today, The Sultan of Sanctimony, the Colossus of Condescension, is returning to Sports Center as a guest host. And the timing couldn't be any, well, dumber, just a day after the Wall Street Journal published an article titled, “How a Weakened ESPN Became Consumed by Politics.” 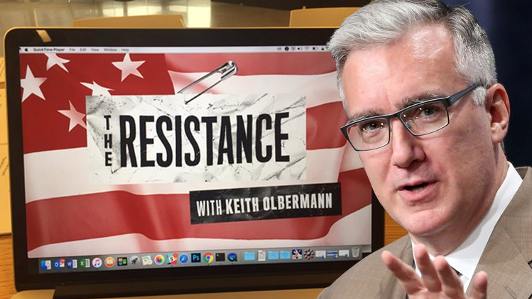 Olbermann’s been back at the network doing a variety of odd jobs (light carpentry, cleaning the ladies room, poking through the desks of laid-off producers for unopened snacks -- I kid, I kid.). He’ll be doing radio and making a variety of appearances on network shows.

“The new pact with Olbermann will likely be dissected by some right-leaning commentators, many of whom have hammered ESPN over an alleged left-leaning bias,” said USA Today. “Olbermann has been a frequent – and forceful -- critic of President Trump and other Republicans on social media and other mediums.”

Um, no, he’s been a snarling, unhinged left-wing psycho, wrapping himself in outrage and smearing anyone he disagrees with. And as USA Today notes, “Olbermann, who left ESPN for the first time in 1997, gained prominence outside sports by hosting Countdown, a political show on MSNBC and Current TV. Olbermann had a show on ESPN2 from 2013-15.” Not exactly a rock of stability for a network that’s in deep trouble.

With every change of management and new round of layoffs, it’s easy to think ESPN has hit rock bottom and is ready to make a change. But that would be to underestimate the World Leader in Stupid.