GLAAD, the thought police for all things gay, has its knickers in a twist because Tony Perkins, president of the Family Research Council, has been appointed to the U.S. Commission on International Religious Freedom. Perkins was nominated to the commission by Senate Majority Leader Mitch McConnell. In a May 15 tweet, GLAAD described Perkins as an “Anti-LGBTQ hate group leader.” 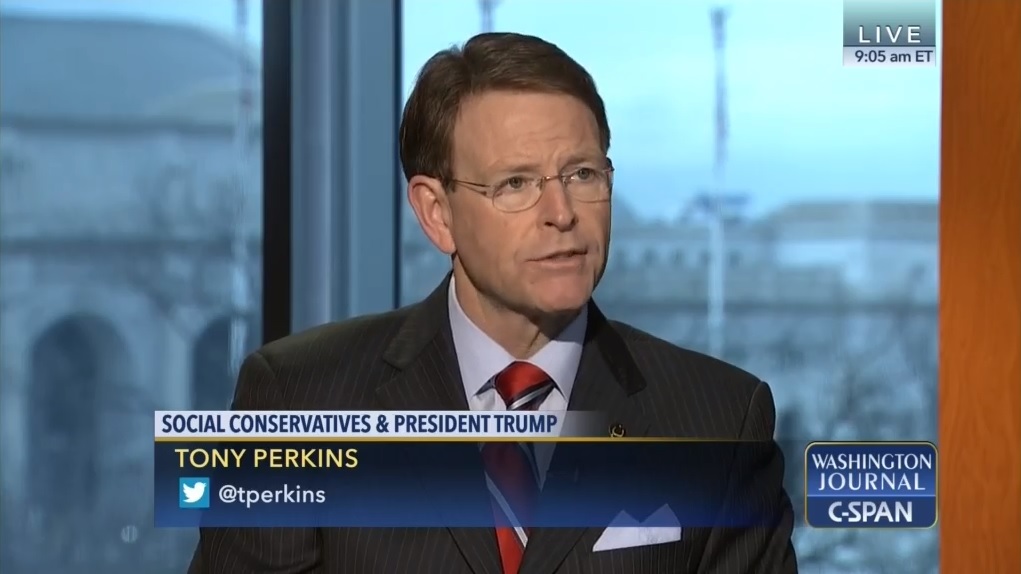 GLAAD President and CEO Sarah Kate Ellis chimed in, tweeting that Perkins “has espoused the most extreme views of LGBTQ people and other vulnerable communities.” Vulnerable to what? Being fabulous?

The idea that Perkins would be making policy recommendations to an administration that is already anti-LGBTQ is dangerous and puts LGBTQ people directly in harm’s way.

News flash for GLAAD: You’re winning. You don’t need the blood libel. In the space of one or two self-obsessed and entitled generations you’ve managed to overturn 5,000 years of civilizational understanding about sexuality, marriage and the family. (And speaking of religious freedom) you’re probably going to get the wedding cake soon -- First Amendment be damned. Executives can be run out of the companies they founded for thought crimes against the new orthodoxy. Any dude can mark his territory in any bathroom in North Carolina, provided he subscribes to the T in your alphabet soup of identity absolutism. LGBTQ (and sometimes Y) encompasses the most celebrated grievance groups in a society that puts a premium on grievance.

The only thing these days that could put LGBTQers in harm’s way is your own hubris and desire not just to be right, but to crush those who disagree with you. For instance, using the Southern Poverty Law Center’s “hate group” language to describe FRC. 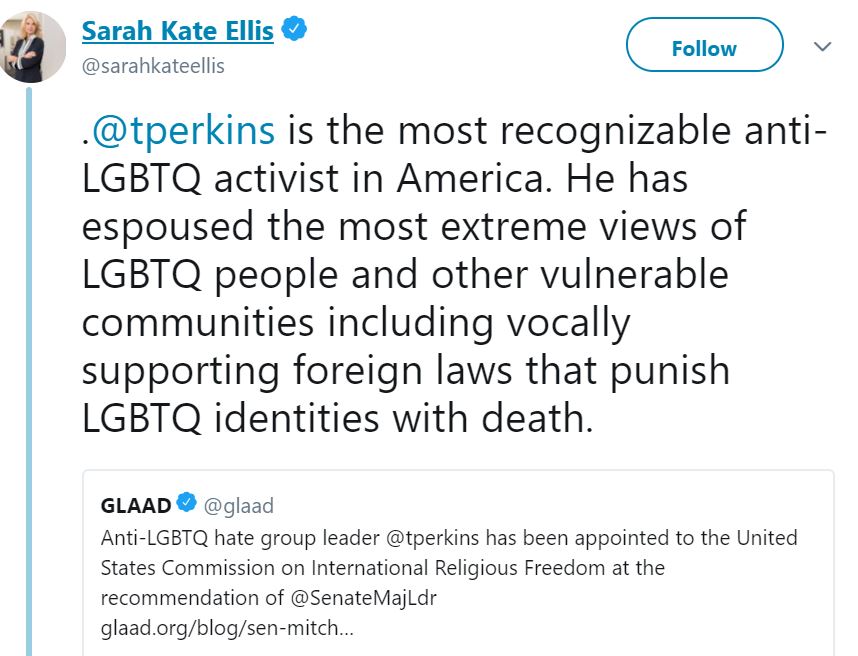 SPLC -- once a noble organization founded to fight the KKK -- now exists to raise money by slandering conservative groups. It was SPLC’s “Hate Map” that inspired Floyd Lee Corkins to attempt to murder everyone in FRC’s D.C. office in 2013. Hero building manager Leo Johnson took a bullet in the arm, but he stopped Corkins in the lobby before he ever got to execute his plan of rubbing Chick-Fil-A sandwiches in the dead faces of his victims.

Tony Perkins -- along with most devout Christians in America -- espouses a biblical understanding of marriage and the family, pretty much the same one most Democrat politicians did six or seven years ago. Calling FRC a hate group and suggesting Perkins himself is beyond the pale proves just how much he belongs on a commission on religious freedom.