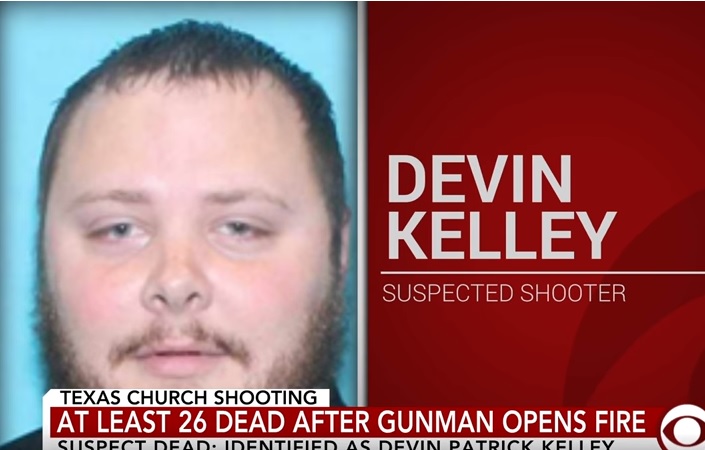 In a particularly snotty Nov. 7 New Republic article, Sarah Jones tells readers “Why the Right Is Obsessed With the Sutherland Springs Shooter’s Atheism.” Guns, she posits, are a new civic religion, and shooting victims are martyrs of the faith. Therefore, the shooter’s atheism is a big deal.

Or something like that. Jones’s take is deeply confused, nasty and stupid. You should read the whole thing. Devin Kelley was a vocal, angry atheist. He shot up a church. Seems like something worth noting, if only to rule out causality later. But hey, I’m not terribly sophisticated. I also tend to believe the guy screaming “Allahu Akbar” as he runs down pedestrians just might be a jihadist.

But, for the sake of argument, let’s say conservatives are “obsessed” with the killer’s atheism. Why would that be? One possible answer comes from The Catholic League (a group far more concerned with the First Amendment than the Second, let alone gun worship).

It seems that, despite a family member’s statement that Devin Kelley was an atheist who “doesn’t like the church and hated religious people,” a whole bunch of media outlets didn’t see fit to mention it. According to the Catholic League, “the following did a profile of Kelley’s background but said nothing about his hateful brand of atheism:

Had he been an ex-altar boy who attended a Catholic college, it would have been the subject of extensive coverage and unyielding analysis, complete with cheap shots at Catholicism. But because he shared the same animus harbored by many in the media, it wasn’t worth noting.

That might be why some on the right are “obsessed” with Kelley’s atheism. We've seen this movie before. Whatever combination of motives, delusions, and evil impulses drove Kelley to that church, it’s not for the media to decide that his hatred for religion is unimportant.