Who would have thought we’d actually come to miss Hugh Hefner? The old libertine’s PJs are barely cold and the magazine he founded to showcase nude women has turned to showcasing … nude sort-of women. Playboy wants everyone to “Meet your November 2017 Playmate Ines Rau.” Problem is, Ines isn’t really a girl. 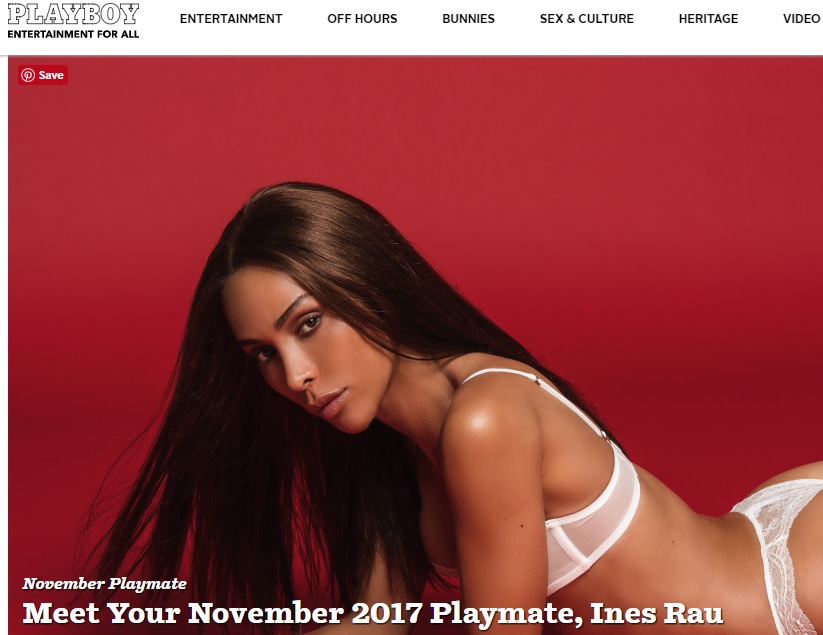 The French model is Playboy’s “first transgender Playmate.” Apparently it’s not Rau’s first appearance in the magazine (it’s a little difficult to tell – the accompanying article is long on the “humanity’s halting shift toward acceptance of gender identities beyond the male-female binary” gobbledygook and short on actual English). Supposedly she was in a special supplement in 2014.

“These days Ines is a globe-trotting model with an irrepressible passion for self-love and honesty,” Playboy tells readers. Is “self-love” another non-binary gender identity? If not, it will be any week now. We also learn that Ines is “a hippie, a tomboy and a party girl.” Irony really is dead.

Ines hopes to settle down more this year as she expands her career. “I’ve been back and forth from Paris the past three years,” she says. “I don’t know where home really is. I actually wish to call Los Angeles home soon. I’m obsessed with the Hills.”