Michelle O. Refuses to Leave Kids (or Us) Alone

Just when you thought you’d escaped the world’s most overexposed and sycophantically fawned-over woman, here she comes again. All will love her sculpted arms, and despair. 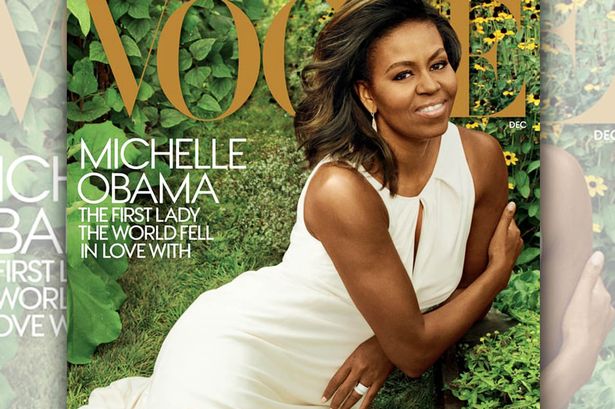 Yes, Michelle Obama, former fat-shamer in chief, she of the wasted vegetables and inedible school lunches, just won’t leave kids alone. She’s going to be on Masterchef, Jr.  hosted by culinary psychopath Gordon Ramsay and joined by the likes of Martha Stewart.

You gotta feel for the kids. If Masterchef Jr. is anything like other kid cooking competition shows, they’re already disturbingly maladjusted. Ramsey screams at people for a living, Martha Stewart ran a commercial empire like Vlad Putin runs a country, and Michelle O. has made food disapproval chic.

But the real victims here are the American people. After eight years of being told ad nauseam how much we should love Michelle “For the first time in my adult life, I’m proud of my country” Obama, we’ve earned a rest.

Sure, it may be downright mean of us, but this is the woman who determined the federal government needs to be involved in grammar school menu-planning. She made a rap album to nag fat kids. There’s a movie about her first date with Barack. And when’s the last time you checked out at the supermarket without her watching you from the magazine rack? (“You sure you want to buy that frozen pizza, Porky?”) She has been, as the kids say, way up in our grill for far too long.

But, just like Michelle, our betters in the media know what’s good for us. We’re going to get a steady diet of sighing, swooning stories and smug, perky appearances until we another Democrat FLOTUS comes along for all to worship.