We're not in Sunnydale anymore, Buffy. Joss Whedon, big shot director turned big-time deranged progressive hack, probably speaks for his Hollywood peers when pounding his highchair over the election. He just does it more creatively and crudely 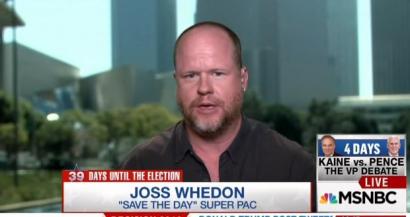 Yes, we've had pampered movie stars defiantly sing about how they'll survive the Trump era. And Rosie O'Donnell is screaming for martial law to keep Trump from office. And all those brave big-name liberals who've promised to move to Canada and ...

But Whedon seems particularly unhinged over the election and it's consequences, and he's letting his imagination run pretty wild. On Twitter over the weekend, Whedon came out with this gem: 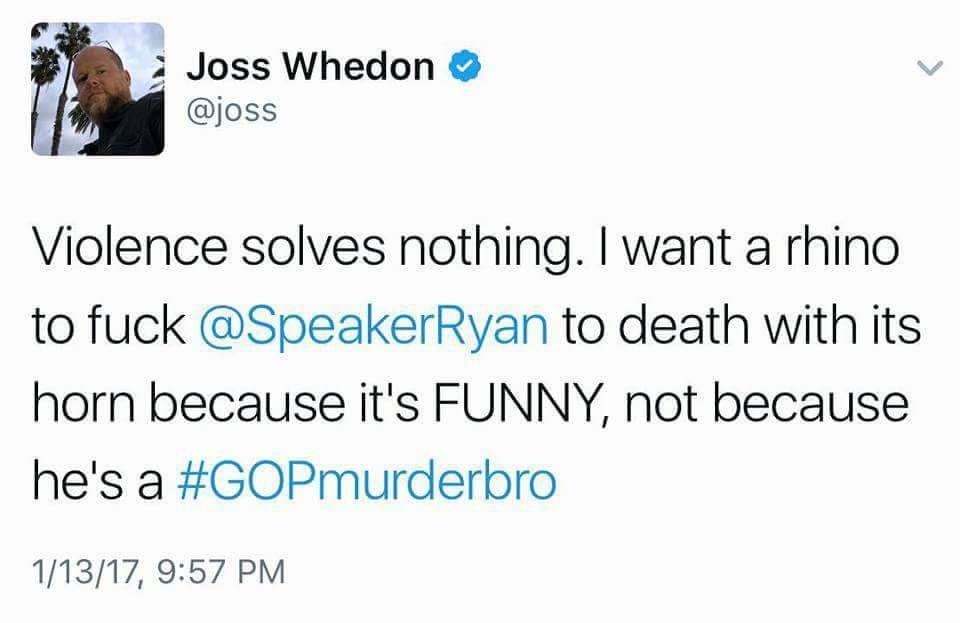 Classy stuff that. Good to see that the man who brought us Buffy the Vampire Slayer, Firefly and some of the endless men-in-tights flicks of the last decade hasn't lost his flair for the dramatic. Unfortunately, while he knows his way around fantasy worlds, he's clueless about to the real one. In November he tweeted, “Letting Trump take office means burying democracy. Letting him take it without the popular vote means burying it alive.”

Um, sure Joss. Say, any chance of a Buffy reboot, or maybe Firefly? Seems like you need some occupational therapy.