Even a consistently dishonest politician will do to represent women in the government, according to top women in Hollywood.

Hillary Clinton has become the standard bearer for women in the world of politics, despite the many unresolved controversies surrounding her rise. 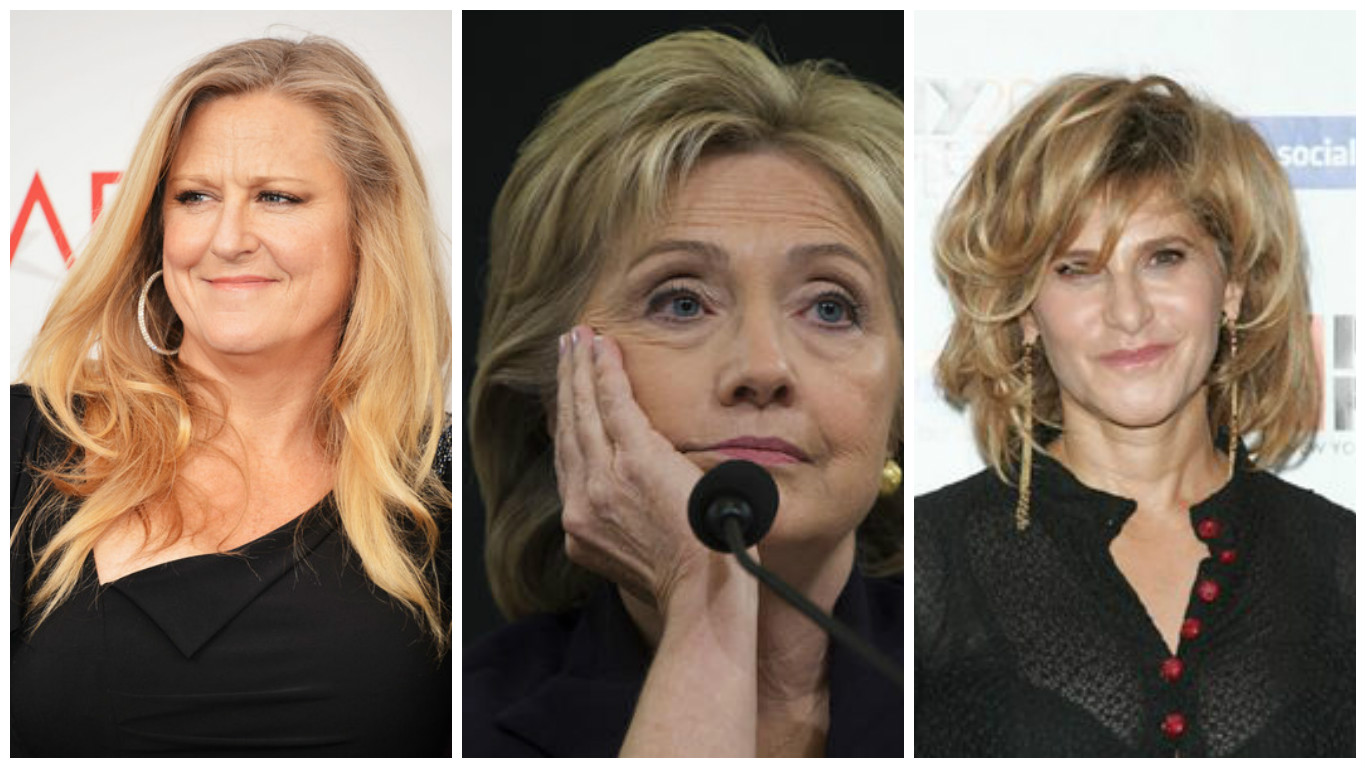 Women in Hollywood expressed their excitement over Clinton’s nomination as the first female presidential nominee of a major party, Variety reported.

Even if you disagree with her policies, they reasoned, her nomination is still a step forward for women everywhere as it proves a woman can break through the glass ceiling in politics.

“None of us could imagine how someone was going to find a way to break into that macho boy’s club that ran the political system in our country,” said Amy Pascal, head of Pascal Pictures and Sony Pictures Entertainment’s former co-chair. “Well, now that last glass ceiling has been shattered by Hillary and it is thrilling to know that little girls across the country and around the world will finally and realistically be able to believe that there is nothing that they cannot accomplish.”

However, parents might want to think twice about holding up Hillary Clinton as a role model for little girls. The glow of her success is tarnished by her track record, some of the more notable offenses being lying to the FBI and the American people and pushing agendas actually harmful to women, such as abortion rights.

Terry Press, president of CBS Films, and Nancy Dubuc, president and CEO of A&E Networks commented that political views are irrelevant when it comes to appreciating Clinton’s strides for women’s rights.

“The agenda that other candidates keep pushing that she represents a step backward because the Clintons are the political establishment could not be more ironic. How could there be a bigger step forward?” said Press.

Some even admitted to getting emotional about Hillary’s victory.

“I teared up several times during Hillary’s speech, but the tears really came when she spoke about how she wished her mother were here to witness her daughter becoming the Democratic nominee for president,” said Jennie Snyder Urman, executive producer and co-creator of The CW’s “Jane the Virgin.”

“It’s about damn time,” she concluded.