In the wake of the #GiveElsaAGirlfriend campaign Twitter erupted Monday night with calls to turn one of  America’s most manly superheroes gay.

Many were excited by the idea of #GiveCaptainAmericaABoyfriend, and The Wrap, The Independent, Mirror, E!Online, The Los Angeles Times, and others quickly publicized the trend. 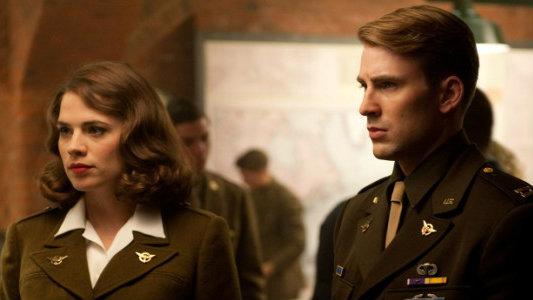 I suspect that most of those who want to #GiveCaptainAmericaABoyfriend don't read #CaptianAmerica comics nor watch Captain America movies.

I'm 99% sure Tony Stark is behind #GiveCaptainAmericaABoyfriend

Art for the idea quickly cropped up from LGBT proponents.

“I feel like it sucks that people in the LGBT community don’t get the representation that they deserve and it would be so amazing for something like Captain America or Marvel to be able to portray that,” Salerno commented.

“And maybe just let people know that it’s okay to be who you are. You know? You don’t have to be scared, especially to be able to have children grow up in that way, I feel like it would do amazing things for the future.”

As some Twitter users put it, not everyone has to be gay, and gays could at least make their own character.