Will Ferrell Backs Out of Reagan ‘Dementia Comedy’

It turns out Alzheimer's Disease is not funny, not even when it happened to a U.S. president the left loves to bash. Reagan, a movie “comedy” being developed about former president Ronald Reagan’s supposed descent into dementia at the start of his second term received so much backlash that the lead actor has backed out.

Will Ferrell was set to play Reagan in the new “dementia comedy,” but dropped out after Reagan’s daughter Patti Davis wrote an open letter to the actor asking him to quit. 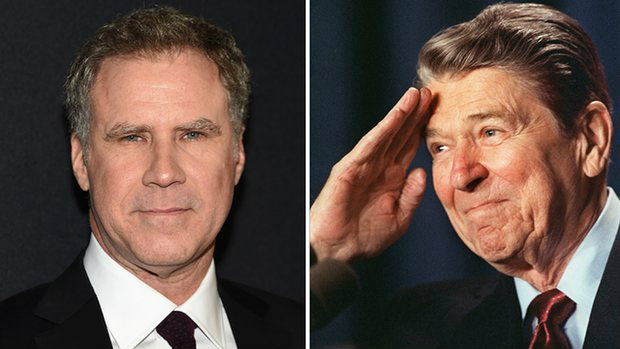 The movie is a political comedy telling the story of an intern assigned to convince the mentally weakening president that he is really an actor playing Reagan in a movie.

“The REAGAN script is one of a number of scripts that had been submitted to Will Ferrell which he had considered,” said a spokesman for Ferrell. “While it is by no means a ‘Alzheimer’s comedy’ as has been suggested, Mr. Ferrell is not pursuing this project.”

“I watched as fear invaded my father’s eyes — this man who was never afraid of anything,” Davis wrote. “For ten long years he drifted — past the memories that marked his life, past all that was familiar…and mercifully, finally past the fear.”

“There was laughter in those years, but there was never humor,” she added.

Davis asked Ferrell to drop the movie, saying there is nothing funny about mental illness especially to the loved ones of those affected.

“Perhaps for your comedy you would like to visit some dementia facilities,” she wrote. “I have — I didn’t find anything comedic there, and my hope would be that if you’re a decent human being, you wouldn’t either.

#Alzheimers is not a comedy to the 5 million people who are suffering with the decease,it first robs you of your mind and then it kills you

Reagan now has no lead actor, no director, and no studio as of yet. Perhaps the executives involved in pushing the film will drop it when they realize the insensitivity of their interpretation of the president’s last days.