Transgender bathroom bills were a hot topic and a favorite of the media including NBC, ABC, and CBS this past year.

The networks have made clear where they stand as state after state decides whether it will require transgenders to use the bathroom corresponding with the gender indicated on his or her birth certificate. Since July 1, 2015, the networks have devoted 48 stories to the array of bathroom bills. CBS covered the issue 22 times, NBC 13 times, and ABC 13 times since July 1. 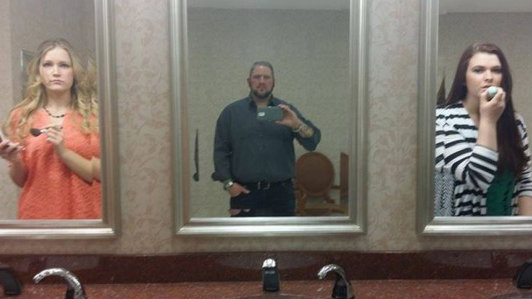 North Carolina passed House Bill 2 on Mar. 23, requiring transgenders to use the bathroom corresponding with the gender on their birth certificates. Houston rejected the Equal Rights Ordinance by a large margin on Nov. 3, 2015, which would have allowed transgender biological men into women’s restrooms. Georgia’s governor vetoed House Bill 757, a broader bill that aims to protect religious liberty by allowing exemptions of conscience for certain groups who do business with the LGBT community. On Apr. 5 Mississippi passed House Bill 1523, another religious freedom bill. A related story in December focused on a controversy between the Illinois Department of Education and a transgender student. The Chicago district finally decided with a nudge from the federal government that the male student would be allowed to use the girls locker room.

The networks mostly found their angle in covering the corporate and government “backlash” to states and cities making the wrong (conservative) decision. Some state officials, such as New York’s Governor Andrew Cuomo have banned unnecessary state-funded travel to states whose bathroom laws they regard as discriminatory. Some federal funding for North Carolina, such as for highways and housing may be cut as well.

The networks extensively covered PayPal scrapping its plans for a new facility in North Carolina that would have provided 400 jobs. GE, Pepsi, Levi’s Strauss and other companies called the Mississippi law “discriminatory.” On April 7, CBS This Morning even discovered Republican Mitchell Moore, owner of Campbell’s Bakery in Jackson, Mississippi, who said the Mississippi religious freedom law was bad for business because potential customers may think he discriminates.

Norah O’Donnell on CBS This Morning March 17 inserted her opinion saying, “While the transgender community is finding a growing voice in popular culture, its members are still wildly misunderstood.”

Mark Strassmann said March 30 on CBS This Morning that “North Carolina passed legislation that prohibits local governments from creating their own ordinances to protect the gay and transgender community.”

On November 4 Savannah Guthrie subtly expressed her disapproval of the Houston decision on NBC’s Today. “Let’s go to Houston where an ordinance designed to protect the rights of gay and transgender people that drew support from the White House failed to pass,” she said. “Opponents have focused on one aspect of the measure that they said allow the use of public restrooms by transgender men and women. Houston’s mayor, who is gay, called that a campaign of fear-mongering that the measure failed.”

The networks, of course, have long supported the demands of transgenders and gays. Last year they praised Caitlyn Jenner, now the face of the transgender movement. They also had warm words for the popular transgender TV series “Transparent” as well as for Laverne Cox, the transgender star of “Orange is the New Black.”

“‘Transparent’ [takes] an honest look at the triumphs and trouble as Jeffrey Tambor's character navigates the journey to a new normal,” applauded ABC’s Byron Pitts on Monday, Dec. 7.

This year NBC, ABC, and CBS called out the Academy Awards with #OscarsSoWhite and criticized the shortage of LGBT characters.