Distraught Celebs Call for Electors to Unite Against Trump 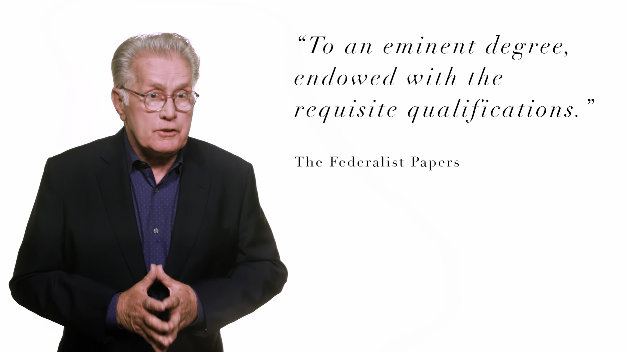 The election may be over, but unfortunately the time for celebrity PSA videos is not! In the latest campaign, distraught celebs are pleading for Electoral College members to “vote their conscience;” that is, pick anyone but Trump.

Martin Sheen, known for his role as idealistic President Bartlet in The West Wing, leads a number of actors, including co-star Richard Schiff, Debra Messing from Will and Grace, ER’s Noah Wyle, Loretta Swit from M*A*S*H, and more in the video. “Unite for America,” the group behind the production, argues that only 37 electors need to switch their votes to prevent the election of Donald Trump, and hopes that a bunch of out-of-touch celebrities will sway them.

The ad, directed at “Republican members of the Electoral College,” lauds the institution for being a noble protectorate against the “dangers of demagogue.” Which must be awkward for their other lefty friends calling for the abolition of that institution. Sheen quotes The Federalist Papers, emphasizing that the Electoral College was intended to ensure the election went to someone who is “to an eminent degree endowed with the requisite qualifications.”

But in case anyone thinks this is an ad for Hilary Clinton, fear not! The celebs repeat multiple times that “I’m not asking you to vote for Hilary Clinton” (but really, does anybody buy that?). Instead, “you have the opportunity to be an American hero,” by undermining all of their state’s Trump voters.

The actors drive home the idea that they are definitely not partisan hacks by saying “I stand with you in support and solidarity, with conservatives, independents, and liberals, and all citizens of the United States.” Hollywood, uniting for America’s sake. They are willing to support the electors if they do what Hollywood tells them to do. What a heartwarming sacrifice.

In one last plea to encourage the electors to switch their vote, the celebrities call on the left’s new favorite founder. Electors, “you will make your voice heard through the responsibility granted to you by Alexander Hamilton himself.”

So America, join Hollywood and #supporttheelectors. Unless they vote for Trump.