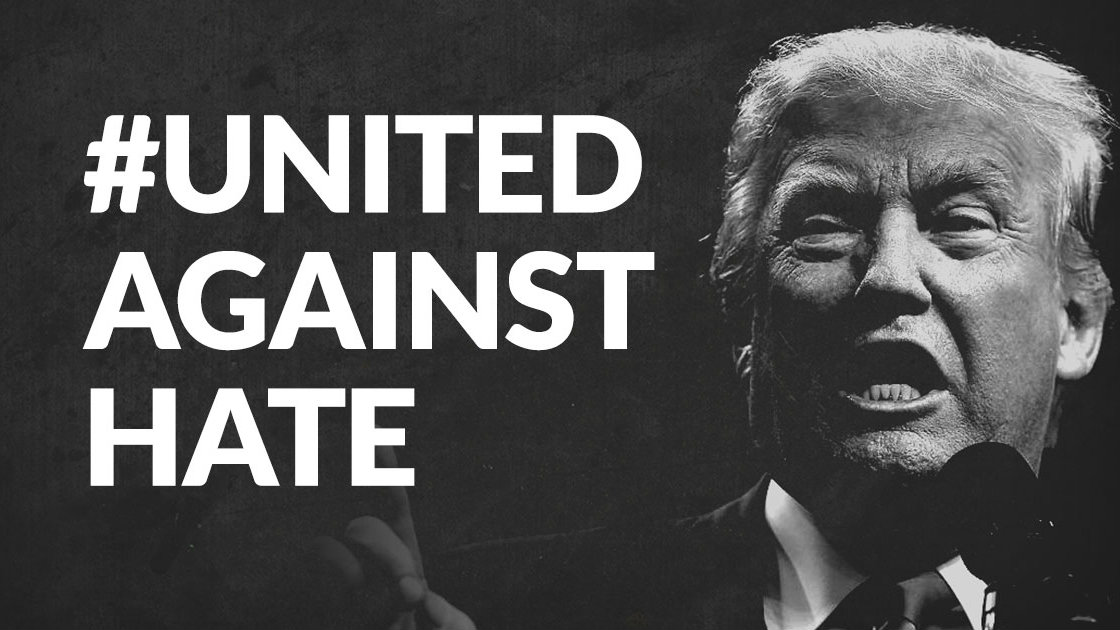 Irony is lost on the residents of Tinseltown.

An open letter to American voters was released Tuesday morning by the progressive political action group MoveOn.org. The sole purpose of the letter is to take down Donald Trump. The pledge, #UnitedAgainstHate, has been signed by a who’s who of lefty Hollywood stars and activists. Signers “believe it is our responsibility to use our platforms to bring attention to the dangers of a Trump presidency, and to the real and present threats of his candidacy.”

It claims that alongside Muslims, Hispanics, Asians, blacks, and LGBT people, Trump’s rhetoric “exclude[s], degrade[s], and harm[s]…working class people, American prisoners of war, and those of countless other marginalized communities.”

The letter drivels on. “When dangerous and divisive leaders have come to power in the past, it has been in part because those of goodwill failed to speak out for themselves or their fellow citizens. Some of us come from the groups Trump has attacked. Some of us don’t. But as history has shown, it’s often only a matter of time before the “other” becomes me.”

Current darling of the DNC Chloe Grace Moretz added her name to celebs-against-Trump list. Which is to be expected, since she actually cried the first time she met her ‘idol’ Hillary Clinton. Hopefully she’ll be able to contain herself when she speaks at the Democrat’s convention in Philly this week.

Lewd feminist rape hoaxer Lena Dunham, who is also slated to speak at the DNC, was among the first to sign the anti-hate pledge. Ironic, since just a couple of weeks ago she hated on white Americans by blaming them for Alton Sterling’s death.

Lena Dunham has been busy on the campaign trail this week. She, along with a number of other Hollywood starlets, created a video pleading to get more women into office, which was, of course, a plug for Hillary.

Scandal creator and Hillary supporter Shonda Rhimes is among the #UnitedAgainstHate signers, along with lead Scandal actress Kerry Washington.

Mark Ruffalo, known for his role as the Hulk, is another one of the artists against “hate.” This goes right along with his belief that celebs have a responsibility to spread the liberal agenda.

And of course Michael Moore, who loves to point out right-wing “hate,” signed the pledge.

Hate is bad, unless you’re hating on political opponents. Then it’s alright.