Music artist and actress Selena Gomez, who first found fame on kids’ shows like Barney & Friends and Disney's Wizards of Waverly Place now records top 50 songs like “Hands to Myself” and “We Don’t Talk Anymore.” She also performed at the Victoria’s Secret Fashion show in 2015. 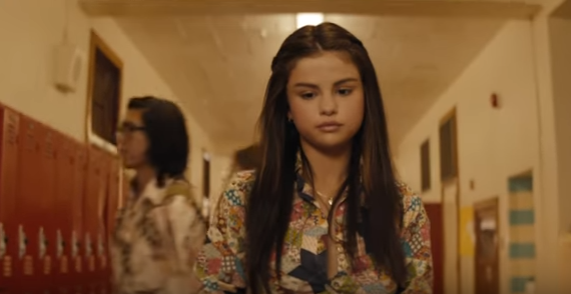 The 24-year-old star has released yet another decidedly adult music video for her song “Bad Liar.” And this video certainly isn’t something young teens – or anyone with taste – should view anytime soon. The video’s plot features Gomez as a young high school girl with a crush on her female gym teacher. Yet the storyline takes an unpredictably disturbing turn when we meet the student’s dad (who also happens to be the principal). Aside from the fact that he’s having an affair with the gym teacher and cheating on his wife (the student’s comparatively normal mom) this principal has a poorly hidden and truly sickening fascination with his female students.

All this had Seventeen cheering.

“Oh, and did I mention Selena also takes on the role of the principal, the principal’s wife, and the gym teacher? God, there’s nothing that girl can’t do,” wrote Kelsey Stiegman, a writer for Seventeen.

According to Seventeen’s own reports, the magazine “[dominates] the market, delivering [to] more teens than any other title.” The magazine has 1,579,000 12- to 15-year-old subscribers.

With 123 million followers, Gomez has the most popular account on Instagram – which 27 percent of teens “consider the most important Social Platform.”