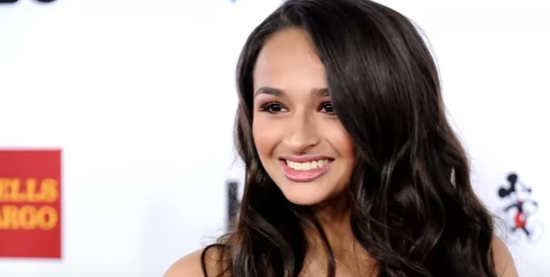 Glamour recently featured an interview with Jazz Jennings, star of the TLC reality show I Am Jazz, which documents the transgender teen’s life. According to Glamour, “Jazz and her family slept a little more soundly at night [before the Trump Presidency]...knowing there was an advocate for them in the White House.”

“I felt like we didn’t have that security and confidence to move forward strongly,” Jennings commented during the interview. When asked for her take on the current political climate, Jennings told Glamour. “I think with this new administration, a lot of people feel more enabled to spread hate. There’s an abundance of new haters who feel more confident in stating their opinion because [of certain elected officials].”

Glamour also asked Jennings to comment on just “how difficult election night was for her.”

“It was definitely a tough day,” Jennings responded. “It’s almost like everyone was gloomy the next day. It felt like our country was completely thrown upside down and we didn’t know what we were in for at all. It was upsetting because I wasn’t sure what Trump was going to do.”

Jennings also discussed Trump’s statements ‘[allowing] Caitlyn Jenner to use the female restroom,’ stating they unreliable, “because you never know with him.”

Yet in spite of what Jennings calls Trump’s “unpredictability,” the President has been outspokenly supportive of the LGBTQ+ community. During a 60 Minutes interview, Trump declared same-sex marriage a “settled” issue. Trump also issued vocal outreach to the LGBTQ+ community after the tragic terror attack in Orlando. Furthermore, Trump has maintained gender neutral bathrooms in Trump Tower, as well as the White House. The LGBTQ+ community may remember that Hillary Clinton backed the Defense of Marriage Act and Don’t Ask, Don’t Tell.

Jennings’ statements have only contributed to popular, echo-chamber style political commentary - the sort celebrities are mass-producing and quickly rendering cliche.

Before lambasting President Trump’s supposed anti-gay policy, it may behoove critics to note his long time commitment to the LGBTQ+ community.