Cosmopolitan devoted an article to a particularly theatrical Planned Parenthood protest – in which volunteers donned white bonnets and red capes. The aim of the protest was to draw a parallel between the novel, which, according to Cosmo, illustrates “a dystopian future in which women are stripped of their reproductive rights” and our current political climate. 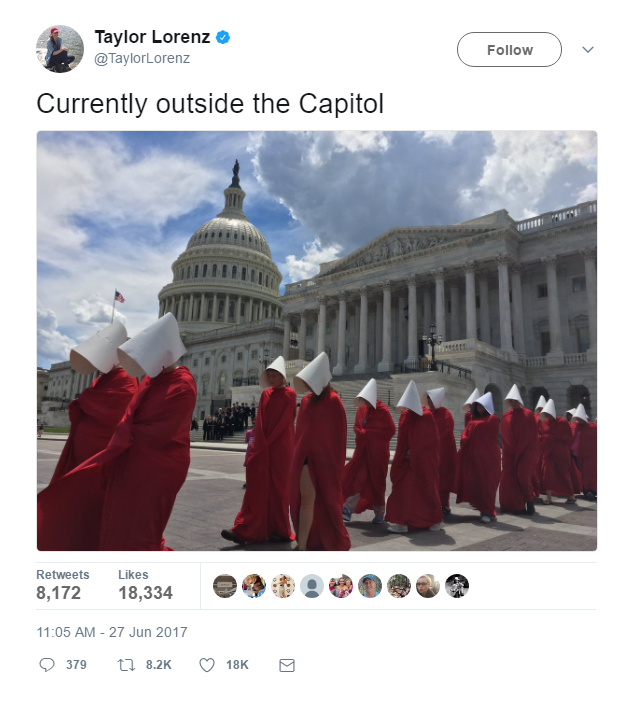 Planned Parenthood volunteers ‘made a stand’ in front of the U.S. Capitol building, wearing the red and white garb of the Hulu show and novel The Handmaid’s Tale. According to Cosmo, the protest reflected Planned Parenthood’s concerns that “if a new health bill is passed limiting women’s rights to abortion even further than they already are, the country could be heading for a similarly bleak future.”

This isn’t the first Handmaid’s Tale themed protest on so-called abortion ‘rights.’ Give Him the Finger, an organization dedicated to sending the president hate mail, tweeted a photo June 23 of protestesters holding rainbow flags. One, smiling, held a poster reading “abort Mike Pence.” 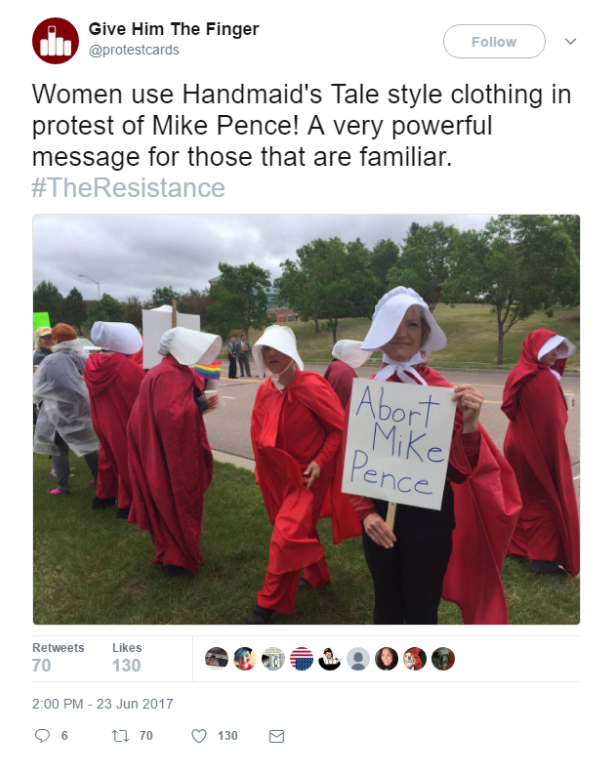 These protests are, frankly, absurd. The very fact that costumed protesters can freely parade about wishing death to the Vice President reveals just how far America is from Handmaid’s Tale dystopianism.