Marvel’s The Falcon and the Winter Soldier has been a mixed bag of action sequences and blatant political messages. The Disney+ series ended things with a bang by making one last racial jab at audiences and Captain America fans. 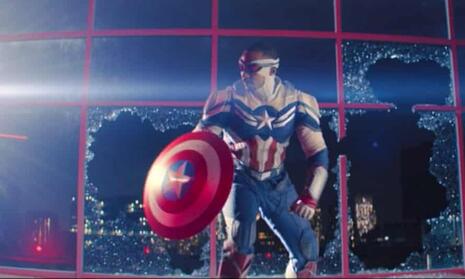 The April 23 finale “One World, One People” finally sees Sam Wilson (Anthony Mackie) aka The Falcon suiting up as the next Captain America to take down the terrorist organization known as the Flag Smashers. With the help of Bucky Barnes/The Winter Soldier (Sebastian Stan) and the dishonorably discharged Captain America John Walker (Wyatt Russell), he successfully rescues a group of kidnapped U.S. Senators from certain death. It’s all the usual superhero action scenes until we get to the aftermath of the rescue.

You see, the Flag Smashers kidnapped and killed innocent people in order to promote their mantra of “One World, One People,” essentially their own globalist, open borders policy. This show, of course, is sympathetic of these goals despite the fact that they seem to have no remorse over who gets hurt along the way. Sam even objects to the idea of calling them “terrorists” saying “These labels — terrorists, refugee, thug — they’re often used to get around the question ‘why?’” Well, no, “terrorist” and “thug” are used to describe people who needlessly hurt and kill others, so they are pretty accurate.

When a senator rightfully points out Sam doesn’t know what he’s talking about, Sam pulls out the race card, as if being black absolves him of ignorance. Even worse, he drags millions of fans of Captain America by claiming they will hate him for simply picking up the shield.

Sam: I’m a Black man carrying the stars and stripes — what don’t I understand? Every time I pick this thing up, I know there are millions of people who are going to hate me for it. Even now, here, I feel it. The stares, the judgment, and there’s nothing I can do to change it. Yet I’m still here. No super serum. No blonde hair or blue eyes. The only power I have is that I believe we can do better.

Again, I’m going to need actual sources of these millions of people who supposedly hate the idea of a black Captain America. The Americans in this show don’t hate him since dozens cheer as Sam rescues a van full of hostages and proudly call him Captain America. Real-life Americans clearly don’t hate him if Disney and Marvel were willing to spend millions to give him his own show about becoming Captain America. In fact, millions of people seemed excited at the idea since it was first introduced at the end of Avengers: Endgame.

Instead, those fans and several others are thrown under the bus for social justice posturing. Even worse, they’re thrown under the bus for posturing and terrorist sympathy. America is definitely ready for a black Captain America, but millions of Americans will definitely not tolerate being lectured by these twisted priorities. The future of Marvel is looking pretty bleak.