F**K TRUMP: Kathy Griffin Suggests Stabbing Trump With Syringe 'With Nothing But Air Inside It' 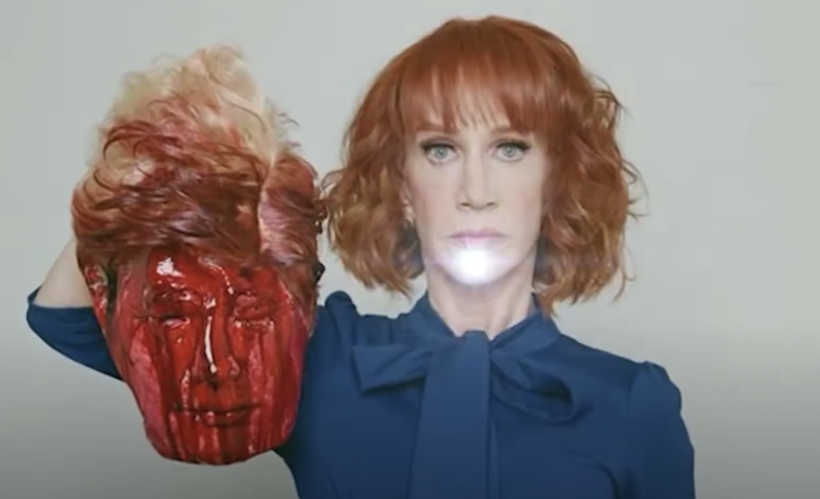 Kathy Griffin is once again back in the news for making yet another threatening remark about Donald Trump online. The 59-year-old comedian is now making headlines after suggesting that someone give President Trump a syringe with “nothing but air inside it.”

On May 26, Griffin responded to a tweet from CNN chief White House correspondent Jim Acosta asking whether or not Trump should be given an insulin regimen during a White House diabetes event.

Griffin quote-tweeted Acosta’s question along with the response "Syringe with nothing but air inside it would do the trick. F*** TRUMP." Griffin’s name began trending shortly afterwards on Tuesday night.

Syringe with nothing but air inside it would do the trick.

Of course, this tweet is referencing air embolisms, which is caused by air bubbles entering the bloodstream through an IV or syringe. They have been known to block blood vessels and have proven to be fatal on occasions.

However, when confronted by this fact on Twitter by Daniel Chaitin of the Washington Examiner, Griffin only doubled down tweeting “I SURE DID, F***ER. #TrumpLiedPeopleDied.”

The tweet has currently received over three thousand shares.

This is only another example of Kathy Griffin showing her full-blown Trump Derangement Syndrome. Earlier this year, she took to Twitter from a hospital bed to bash Trump for his coronavirus response. This also follows her infamous 2017 controversy after posting a photo of her holding the fake bloody decapitated head of President Trump. This move proved especially damaging after prompting a visit from the Secret Service and blacklisted from many projects.

Currently, there has been no response from the Secret Service regarding this recent outburst. However, a representative from Twitter has said they will “look into” whether Griffin’s tweets breached the violent threats policy.