31 Flavors of Sexual Identity -- According to the Left

That could be a common term of endearment, if you believe this ridiculous article from the Huffington Post.

“Wait,” you say, “What are you talking about, again?” Oh, didn’t you know? There’s now dozens of ways to tell people what gender and sexuality you are -- according to the left, that is. 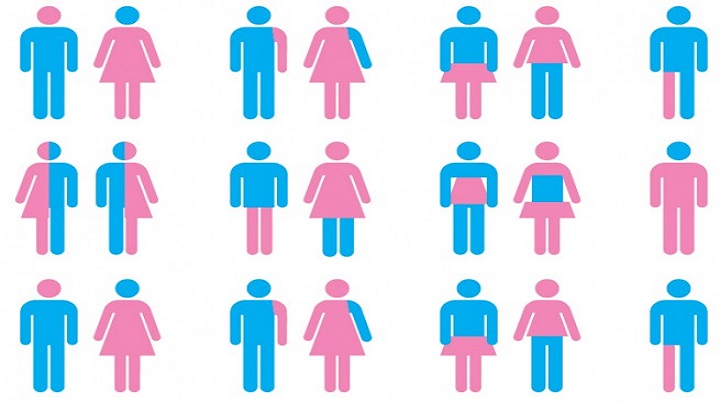 You could be any number of things and didn’t realize it, from a “skoliosexual,”  to a “graysexual” or even an “aromantic,”(No, that doesn’t mean that you smell nice). You say, you don’t know? Well, good thing Huff Po is here to help you figure it out!

According to the article, you might be “queer-platonic” if you have close relationships with people you are not sexually attracted to. (Wait, isn’t that called, er, friendship? Or maybe family?) No, silly!  We are all special snowflakes and you absolutely need to classify that friendship with a special pseudo-science term. Your object of affection is called your “zucchini,” by the way, according to Huff Po. Really. I wish I could say I made that up but I’m not that crazy clever.

Don’t fancy yourself a vegetable? Well, no worries, Huff Po has several other variations (12, in fact) of sexual identity for you to choose from, from “skoliosexual” to “panromantic.”

But at least Huffington Post is being modest with just listing twelve. Facebook, always ahead of the curve, announced last year its users could now self-identify with “50 customizable options for gender” on the profile settings.

Just about the time you learn what the newest letters in LGBTQIA mean, here comes another few. Pretty soon we’ll be using it to teach kids the alphabet. But we shouldn’t be giving them ideas.

Meanwhile, the hits just keep on coming. Last week a blogger at XOJane, a popular liberal women’s website, wrote a story proclaiming her deep, dark secret: She was a “demisexual,” meaning she was only sexually attracted to people she formed “deep emotional” relationships with. Yes, these days, not being able to hop in bed with strangers requires a shocking confession

The gender identity movement has been a big thing in young Hollywood too, of course. About a month ago, Spiderman actor Andrew Garfield advocated for a “pansexual” Spiderman – ie: someone who loves any gender and sexual identity-- after Miley Cyrus stated she identified as such. Singer Demi Lovato has talked about her “sexual fluidity,” as has Johnny Depp’s daughter, Lily-Rose.

This might be fine for Hollywood liberals, who are so far detached from reality but the media’s increasing fascination with promoting these inane ideas as “normal” is not a good sign.