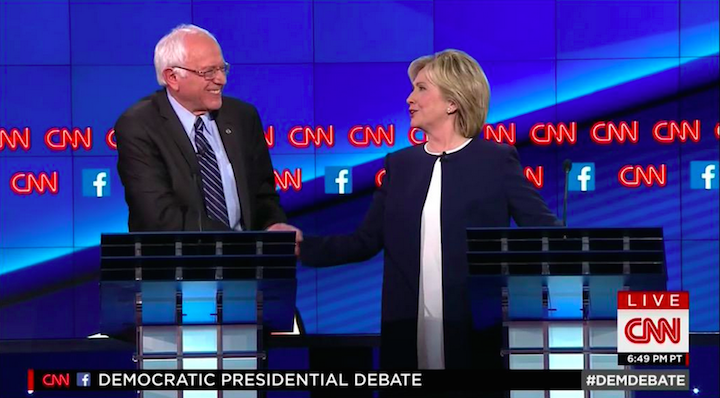 During the Democratic debate Tuesday night, candidates were asked the question, “Do black lives matter or do all lives matter?” This mind-numbing question brought out gushing answers of affirmation, “Well of course black lives matter!” from Sanders, Clinton and O’Malley, who all went on to lament that we “need to do more.” Of course that politically correct Q&A was received with gusto from the media elite who took to Twitter to share their enthusiasm:

Question from Arthur in Des Moines: Do #BlackLivesMatter or do “all lives matter”? YES! Great question to choose. Direct. #DemDebate

#BlackLivesMatter question is great. Would’ve been great for @CNN to ask it in first debate: http://t.co/mgp8wzO4i9 #DemDebate

Columnist for the Sacramento Bee:

Though many complained there weren’t more questions on #BlackLivesMatter, like Jamil Smith, Senior Editor of The New Republic.

It appears that we've had our black question for the night. #DemDebate

I think we just saw the 3 minute portion of the debate where they would speak specifically about #BlackLivesMatter. #DemDebate

.@CNN, is there really only going to be one question about race tonight? #DemDebate

While the media complained that there wasn’t enough of a focus on #BlackLivesMatter, in the over 2 hour debate, there was not one question about Planned Parenthood. Where was the outrage over that media censorship?