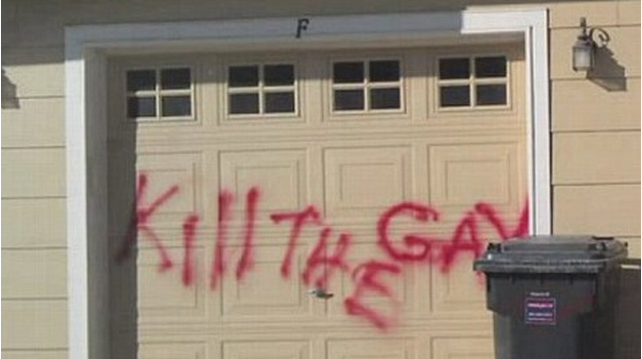 The left loves to portray the right as bigots who hate minorities, women, Muslims, and gays. So the media latch onto any claim of perceived discrimination or hate, real or not, and report it with glee (forget investigation and due diligence!).

Obviously, crimes do occur that are genuinely motivated by someone’s ethnicity, religion or sexual orientation. But many are simply hoaxes committed by liberal activists for the cause of furthering their agenda. The media makes no distinctions in figuring out which ones are real and which are staged.

Just this past week, two more alleged hate crimes were debunked. After a gay bar owner’s business burned down in 2012, he complained he was ‘targeted’ because of his sexual orientation. He finally admitted to committing the act himself and was charged August 4.

In Tennessee last Tuesday, a court ruled that a lesbian couple had spray painted anti-gay slurs on their own garage before burning their house down and blaming it on their neighbor. 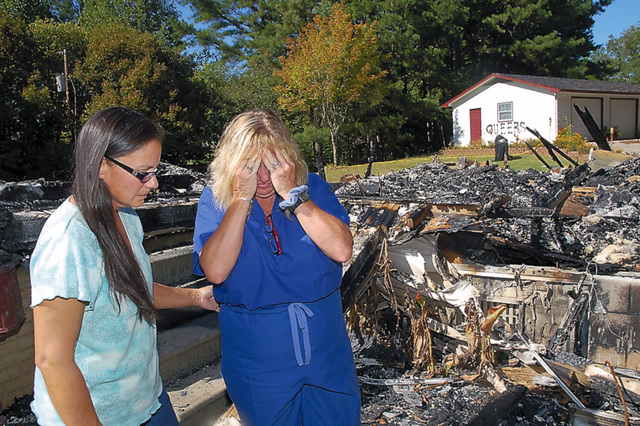 It’s not as if this hasn’t been done many times before. In just the past five years alone, two very similar cases attracted the media's attention. In 2011, a lesbian couple from Colorado staged their own anti-gay home vandalism that the media pounced on as a “hate crime.” Again, in 2012, lesbian Charlie Rogers mutilated herself with anti-gay slurs, faked a kidnapping story and burnt her house down in a hate crime hoax that garnered national attention.

Here are nine more (out of many!) fake hate crimes from the past five years that the media fell for and ran with.

The media buzzed about a Utah pizzeria owner Rick Jones, who experienced a series of anti-gay assaults at his business and his home. Jones told CNN that someone had knocked him out, tried to force bleach down his throat and had carved “die fag” on his arms. Jones woke up from the encounter to find he had been robbed. His family’s home was also vandalized with anti-gay spray-paint.

After an investigation, Jones admitted to police he had committed all the criminal acts. Jones’ attorney Brett Tolman defended his client by saying Jones’ actions were “a cry for help” that grew beyond his control. Laughably, he said, “This was a 911 call that was misdirected, but real.” CNN gave the last quote to Tolman who said that his client’s actions didn’t negate “the difficult and rough roads that those in the LGBT community go through.” Yeah, because making up fake stories really helps validate your cause.

Instead of a tragic, epically long sob story to match their original report of the “hate crime,” The Daily Beast’s followed up with a measly one paragraph update acknowledging it was fake.

2. Oct. 2012: Black woman claims she was burned by KKK for wearing Obama shirt

It is pretty sad how far some will go to push an agenda-- even to the point of mutilation. All three networks reported the story of 20-year-old Sharmeka Moffitt who said she was set on fire by the KKK while outside jogging, because she was wearing an Obama shirt. Police found her fingerprints on the lighter and lighter fluid and found no evidence of foul play and determined she had committed the violent act herself for attention. That didn’t stop liberals on Twitter reacting to the crime by blaming Mitt Romney and Tea-Partiers.

In April of 2014, in El Cajon, California, Iraqi Muslim Kassim Alhimidi was found guilty of murdering his wife, Shaima Alawadi, after she told him she wanted to divorce. Next to Alawadi’s body, Alhimidi left a note that read, “Go back to your country, you terrorist,” which led the media to report the murder as an “Islamophobic” hate crime. Islamic supporters even started a social media campaign against the perceived hate crime called “One Million Hijabs for Shaima Alawadi.”

Leftist, Islamic scholar, and upcoming CNN host Reza Aslan blamed conservative “Islamophobic fucks” for the murder, even after the truth came out that it was an honor killing, not a hate crime. 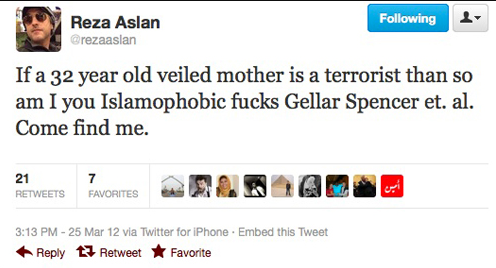 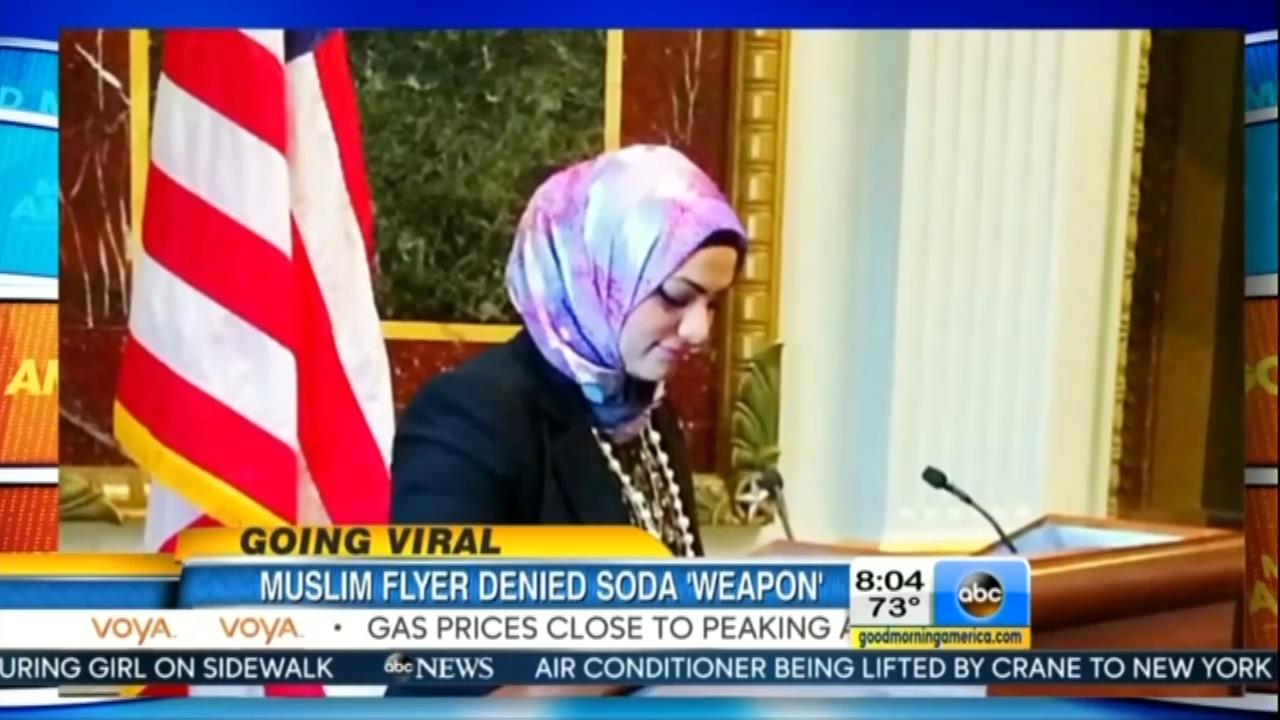 When Muslim cleric Tahera Ahmad wrote on Facebook that she had been subject to “Islamophobia” from a United Airlines attendant who wouldn’t give her a full can of unopened soda, the story went viral. The media took note, reporting on her unvetted, unverifiable claim as if it were gospel. The Washington Post and CNN covered it while ABC, CBS, and NBC all included the woman’s claims in their evening news broadcasts. United Airlines called the incident a “misunderstanding” but the flight attendant in question was forced out of the company a few days later.

As quick as the media were to report what Ahmad claimed, they ignored the fact that Ahmad makes a career out of fighting alleged “Islamophobia.” Evidence of that is all over her social media. Not to mention the fact that accounts from other passengers gave a very different version of what happened. The media didn’t feel the need to update their tall tale with both sides of the story though.

“Finally, journalists who think that a single, unverified account left on someone's Facebook page is all they need to hang a story on ought to think long and hard about the incentives they are creating for people. Knowing that there's a good chance you can say anything and it won't be investigated and corroborated is just going to encourage a lot of people who have very unhealthy motives to aspire to be the victim du jour.

Maybe Tahera Ahmad was treated unfairly and discriminated against, but it's really appalling that the facts of what happened to her would not be established before we mess with a flight attendant's career, drag an airline through the mud, and use the episode as a launching point for a national conversation about Islamophobia.But I guess this is what passes for "journalism" these days.” 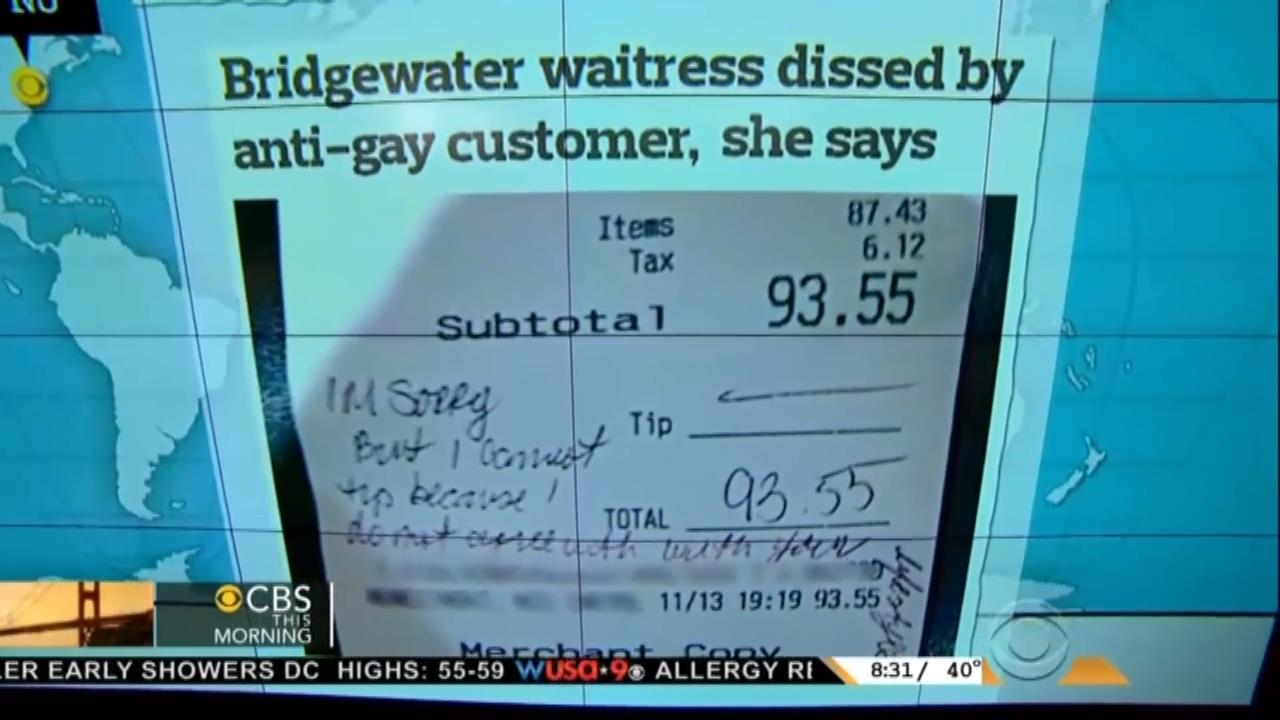 A lesbian waitress in New Jersey made national news for her claim that she received an anti-gay note handwritten on a receipt of customers she was serving as an explanation for no tip. The receipt she posted to Facebook went viral and sympathizers poured in thousands of dollars of donations to make up for the slight. Turns out it was a big hoax – the family said not only did they not write the note, they did give her a tip. The family backed up their claim with their own receipt and Visa bill statement, printed with the exact same time stamp. Once exposed as a fraud, the waitress backtracked, unwilling to comment further or explain the discrepancy.

CBS This Morning covered the original claim and interviewed the waitress but didn’t follow up when her story was found to be filled with holes. Co-workers later claimed that she had a history of lying, even once claiming to have terminal cancer, and they didn’t believe her story from the get-go. Odd that the media didn’t want to include these comments until after she was found out. 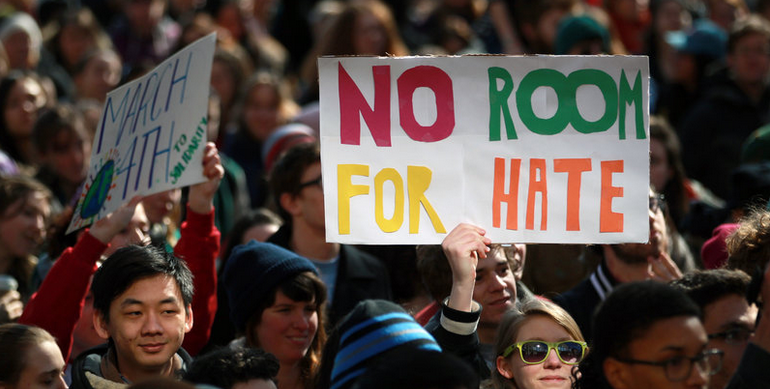 A series of events, from an alleged KKK hooded figure sighting, along with racist messages on posters around the Oberlin University campus led to a national outcry about the problem of racism on college campuses. Oberlin even temporarily cancelled classes for safety reasons. Police eventually found that two white, Obama-supporting liberal students had committed the acts as pranks and they were expelled from campus. That didn’t stop the outpouring of support and outrage from the media about college campuses’ racism problem. 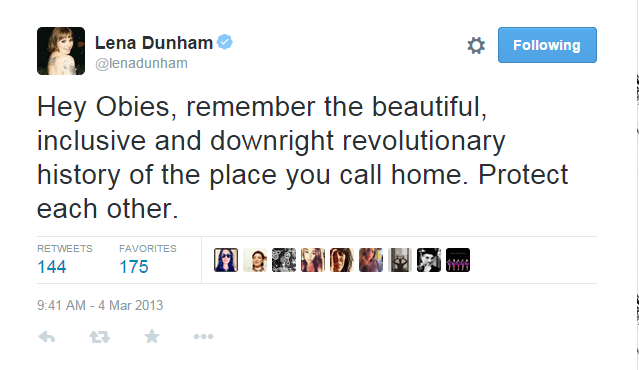 Even the AP noted how Lena Dunham tweeted out support for her alma mater.

Some media, like CNN, didn’t even bothering acknowledging that these were pranks put on by liberals.

According to National Review:

“Oberlin officials went so far as to cancel classes and hold a campus-wide rally against racism after the alleged KKK sighting –never once revealing to students or to the press that all the racist hate speech that had fueled fear and alarm up until that point was a hoax, carried out by outspoken supporters of president Obama. In fact, by that point they had already expelled the two students responsible — a fact they they kept to themselves.”

There are many different cases of staged racist slurs written by college students pretending to be victims. In one such case that garnered media attention, a young black woman claimed she found a racist death threat on her whiteboard outside her dorm room door at Grand Valley State University near Detroit. Police showed on security cameras that she in fact had written  the message on her own whiteboard. But not before getting national attention from the media, including The Huffington Post who used the story to further a perceived “theme” on college campuses.

8. Gay men injured themselves, fake ‘hate crimes’ to cover up for embarrassment 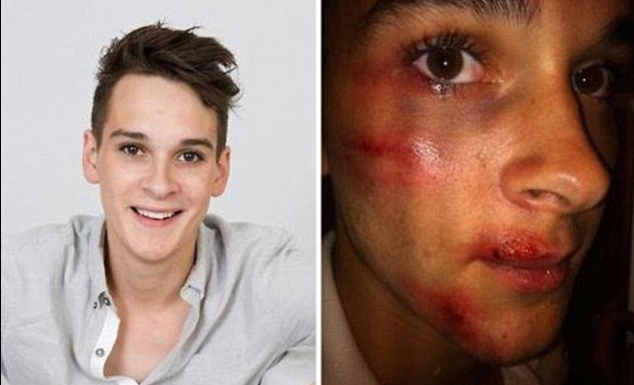 The photo of battered 22-year-old gay man Joseph Baken went viral after he claimed that he was assaulted and berated with anti-gay slurs by a group of men outside a bar in August of 2012. The Huffington Post reported that the city of Missoula, where the attack occurred, encouraged gays and lesbians to show up at the downtown bars that night in solidarity.

After alerting police to possible suspects and the specific business where the attack occurred, police found a video of Baken a few days prior hitting his head on the pavement after failing an attempt at a backflip. Baken eventually admitted he had fabricated the attack because he was embarrassed about his injury.

Baken doesn’t appear to have suffered much stigma for essentially accusing people of a crime they did not commit and wasting police department time. He works in Hollywood and has written and acted in several prominent gay films since 2012, according to the Internet Movie Database.

Similarly in 2011, gay UNC Chapel Hill student, Quinn Matney, claimed he was branded by a hot object and called a homophobic slur by a student on campus. After receiving a lot of media attention from national outlets like The Huffington Post, CBS News, and an interview with the local news station, he admitted to police that he had accidentally burned himself and was too embarrassed to admit it.

Two Muslim Youtube stars, put out a video last October showing that when they wear Muslim garb they are stopped and frisked by the police and called hateful names. Turns out, the whole video was staged. But not before The Huffington Post alerted the public to the “ugly world of racial profiling,” and the liberal Muslim advocacy group CAIR (The Council on American-Islamic Relations) tweeted it out.

Even though it was debunked, the video is still active, and comments continue to pour in revealing most people think it’s real.

It pays to be a victim

A common thread the media ignores in these stories is the reputation of the alleged victims. They are nearly always activists who have made false claims in the past and they finally got their ‘big break’ in receiving nation-wide attention for their lie. When their story is found to be a complete fabrication, where does the blame go? Certainly not on them. Nor on the media, who will take any liberal voice at face value, regardless of reputation.