If Americans can see men like Sen. McCain as both hero and villain, then the same standard should apply to women like Stormy Daniels – or so argues one New York Times opinion writer.

The New York Times published an opinion piece Aug. 24 that heralded Stormy Daniels as a “Feminist Hero.” In the story and subsequently on MSNBC, CNN and Cosmopolitan columnist Jill Filipovic credited Daniels’ for an “unanticipated feminist turning point” after the president’s former lawyer, Michael Cohen, said he paid Daniels (or Stephanie Clifford) at Trump’s request. 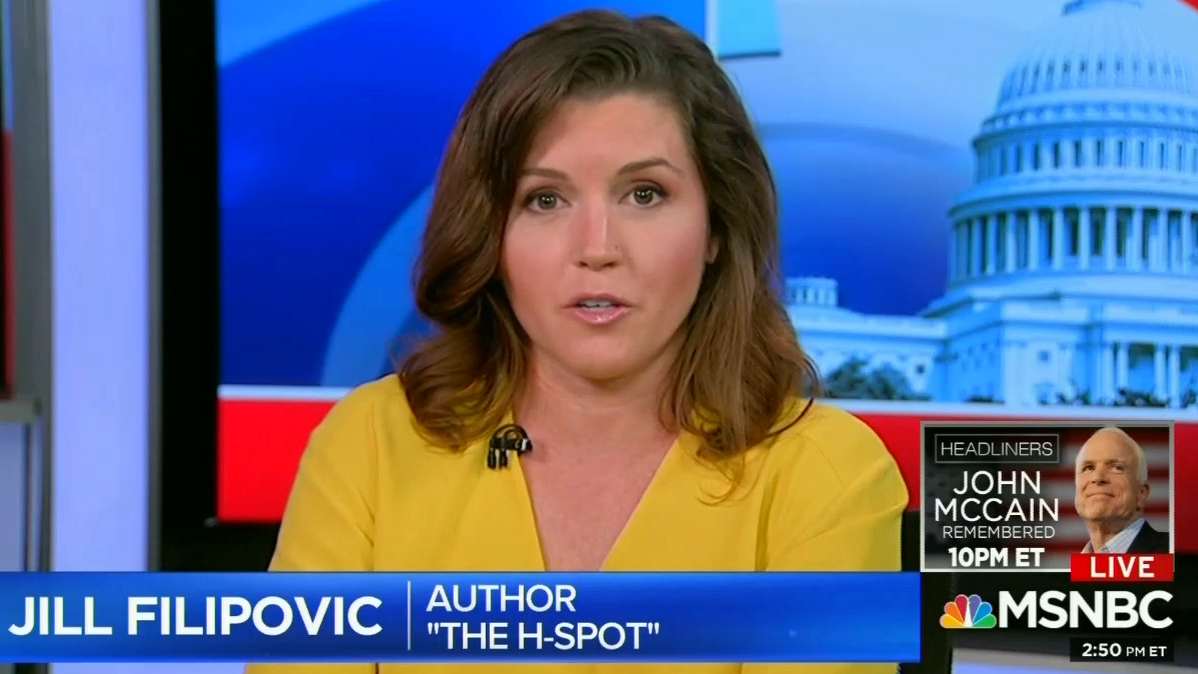 “Ms. Daniels is an adult film star and, like the president, an unapologetic self-promoter,” wrote Filipovic. “Yet here she is, an imperfect, entirely self-possessed woman telling her story with clarity and without shame. And here we are, actually listening to her.”

Two days later, she made additional comments on MSNBC Live with David Gura.

“We've never seen this before in American history,” she began, “that a woman who is a sex worker, which is a category of people that we have historically considered to be fundamentally dishonest and untrustworthy, is actually really shaping American politics.”

Pointing to “powerful men” like Harvey Weinstein and Trump, Filipovic called Daniels a “big part of the broader Me Too movement."

That’s because of what Daniels’ story signified, she suggested.

“I hope we’re at a pivot point where women can be just as complicated and imperfect as men,” she told Gura later. “We have a long history of men in the public sphere being both heroes and villains.”

As an example, she pointed to Sen. John McCain (R-Ariz.), who passed away Aug. 25 after battling a cancerous brain tumor.

“John McCain died, and we are talking about his legacy in a complex way, and that, you know, he can be both a war hero and somebody who legislatively did some things that progressives aren't huge fans of. And obviously he had also a very complicated personal life,” she said. “We can look at men through that lens.”

But women, like Daniels, “haven’t really been given that opportunity” and instead “fall into boxes.”

“What Stormy Daniels is insisting on is really being treated as somebody that can be both brave and venal,” Filipovic urged. “Somebody who can be both self-interested and in the public interest.”

She concluded that “that kind of complexity and imperfection I think is really reflective of, I hope, how we're shifting our views on women and how women are increasingly allowed to be a bit more complicated in public.”

Speaking of “a bit more complicated,” her McCain-Daniels comparison is exactly that.