Pope Francis is wrong, according to one famed atheist and media-beloved figure. Abortion is about avoiding “human suffering,” not eugenics.

Over the weekend, CNN and The Associated Press reported that Pope Francis condemned the abortion of those with birth defects or disorders as the “white glove” equivalent to Nazi eugenics. Hours later, on Monday, author and evolutionary biologist Richard Dawkins reacted to Pope Francis’ words. 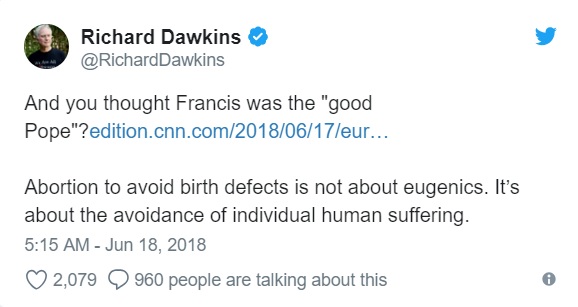 “And you thought Francis was the ‘good Pope’?” he mocked to his millions of Twitter followers. “Abortion to avoid birth defects is not about eugenics. It’s about the avoidance of individual human suffering.”

But Dawkins advised “Abort it and try again” to a Twitter follower in 2014 after she wondered what to do if she expected a child with Down syndrome. He added, “It would be immoral to bring it into the world if you have the choice.” 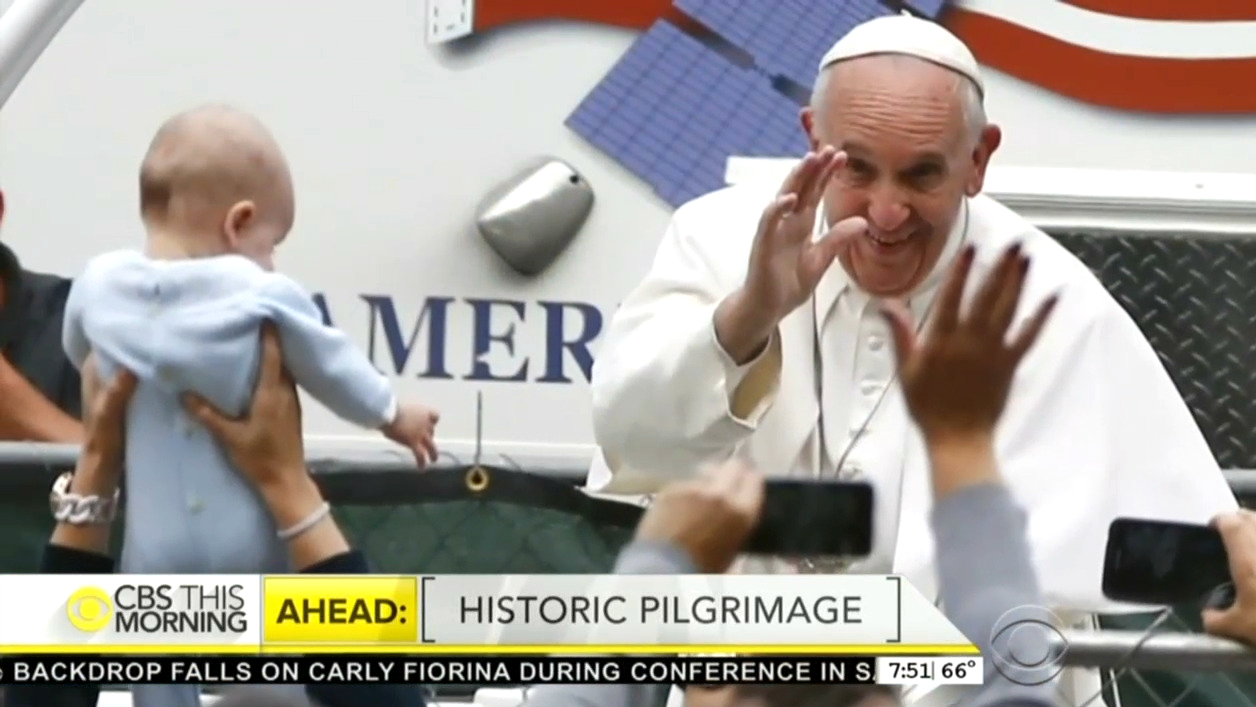 Instead of treating symptoms or searching for cures, Dawkins is for getting rid of the patient. That’s exactly the “throwaway culture” Pope Francis is concerned about. Human persons aren’t commodities. And pain and suffering aren’t something to be scoffed at.

“Today what people have in view is eliminating suffering from the world. For the individual, that means avoiding pain and suffering in whatever way. Yet we must also see that it is in this very way that the world becomes very hard and very cold. Pain is part of being human. Anyone who really wanted to get rid of suffering would have to get rid of love before anything else, because there can be no love without suffering, because it always demands an element of self-sacrifice...”

According to CNN, Pope Francis’ comments came Saturday when he spoke with Italy's Family Association in Rome.

"I have heard that it's fashionable, or at least usual, that when in the first months of pregnancy they do studies to see if the child is healthy or has something, the first offer is: let's send it away," Pope Francis said, as confirmed by the Vatican.

"I say this with pain,” he added, “In the last century the whole world was scandalized about what the Nazis did to purify the race. Today we do the same, but now with white gloves."

According to the AP report, the pope instead encouraged parents to welcome children “as God gives them to us.”

Big names and the media often laud Pope Francis' comments – except when it comes to abortion and gender.