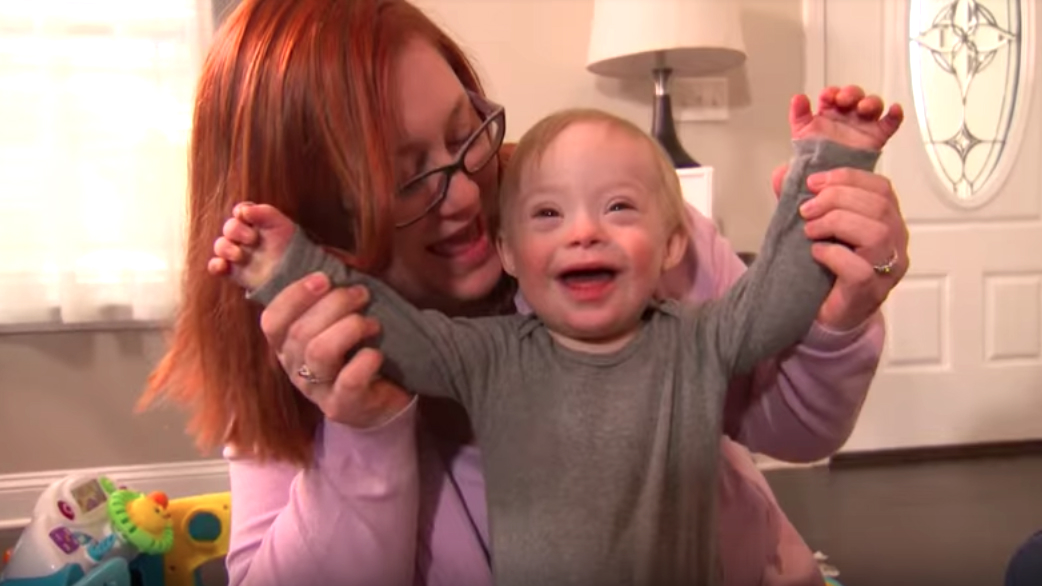 In reaction to media support for abortion based on Down syndrome, parents are speaking up about the beauty of their children with Down syndrome.

On Friday, The Washington Post published an opinion piece with the headline, “I would’ve aborted a fetus with Down syndrome. Women need that right.” When the writer of the column, deputy editorial page editor Ruth Marcus, tweeted out her story, parents, a U.N. speaker, and even others in the media criticized her stance.

The piece came a day after The Washington Post published another opinion piece with a differing view. The headline asked, "When will we stop killing humans with Down syndrome?"

Taking to Twitter to share her column, Marcus asked Saturday, “is there a moral distinction between choosing to have an abortion because the fetus has Down syndrome and having an abortion because you don’t want a baby and became pregnant accidentally.”

In the tweet, she linked to her recent column where she revealed that she opted for Down syndrome testing while pregnant with her two children.

“I can say without hesitation that, tragic as it would have felt and ghastly as a second-trimester abortion would have been, I would have terminated those pregnancies had the testing come back positive,” Marcus wrote. “I would have grieved the loss and moved on.”

But other parents disagreed – and said so in their reactions to her tweet.

Iraq war veteran and ABC Action News reporter Clifton French responded with a picture of his son with Down syndrome. He revealed that doctors pressured him and his wife to choose abortion. But they refused. 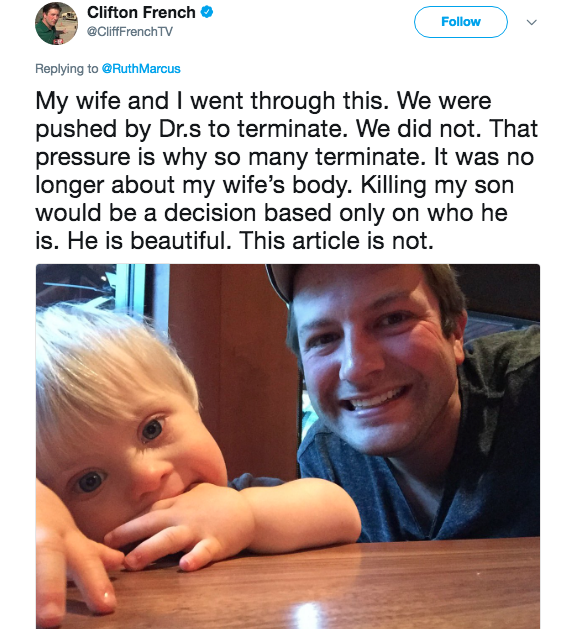 “It was no longer about my wife’s body,” he stressed. “Killing my son would be a decision based only on who he is. He is beautiful. This article is not.”

Another father chimed in that “Abortion is wrong for any reason” and invited Marcus to meet his own daughter.

“My daughter has DS and I wouldn’t change anything about her, period,” he tweeted. “I invite you to come spend a day with us. You can get to know her, then form your opinion. She is wonderful.”

Another dad agreed that, “As the father of a young woman with Down Syndrome, I cannot imagine life without her.”

Charlie Fien, a young woman activist with Down syndrome and autism who has addressed the UN about her right to life, also criticized Marcus. 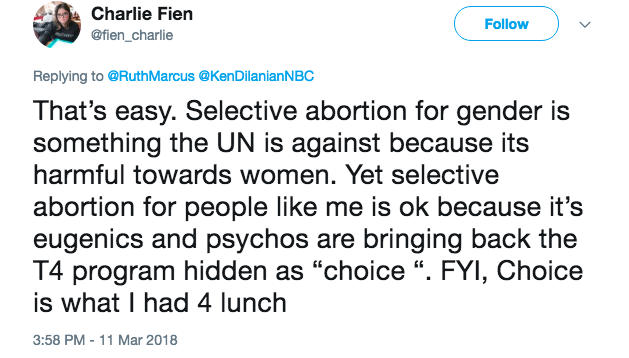 Other parents said they intentionally refused testing their children for Down syndrome while pregnant.

“I was pregnant @ 37 and declined the DS test,” one mother wrote. “I knew it wouldn't make a difference to me.”

A father similarly added that “when my wife had our third child in our late 30’s we refused” because “The result wouldn’t affect going to full term.”

“We didn’t even have the test performed,” another urged, because “these were our babies and we would love them and want them no matter what.”

They refused even amid insistence from doctors.

“I declined the testing for Down's syndrome,” added another mother. “My OB/GYN was shocked at my answer.”

Even though she was desribed herself as pro-choice, disability advocate Hannah Jacobs also disagreed with Marcus. 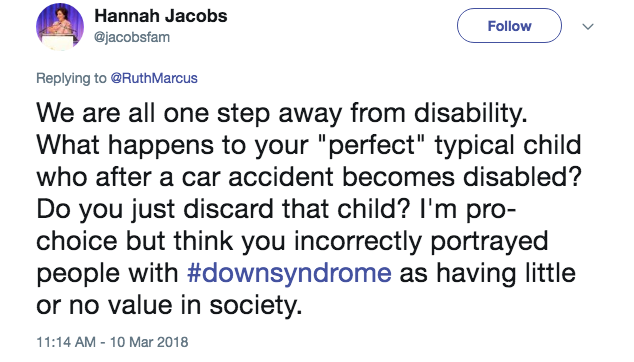 “We are all one step away from disability,” she wrote. “What happens to your ‘perfect’ typical child who after a car accident becomes disabled? Do you just discard that child? I'm pro-choice but think you incorrectly portrayed people with #downsyndrome as having little or no value in society.”

On March 8, The Washington Post also published an opinion piece with the opposing view. The headline asked, "When will we stop killing humans with Down syndrome?"

Marcus’ column comes after Gerber recently chose a baby with Down syndrome, Lucas Warren, as its “Spokesbaby of the year.” It was a groundbreaking decision for Gerber, and the move made headlines across the nation.