Nets Silent on Trump’s Pro-Life Speech: ‘Every Life Is Sacred’

While the networks scrutinize the president’s every word (and tweet), their news programming skipped past his recent comments declaring that “every life is sacred.” 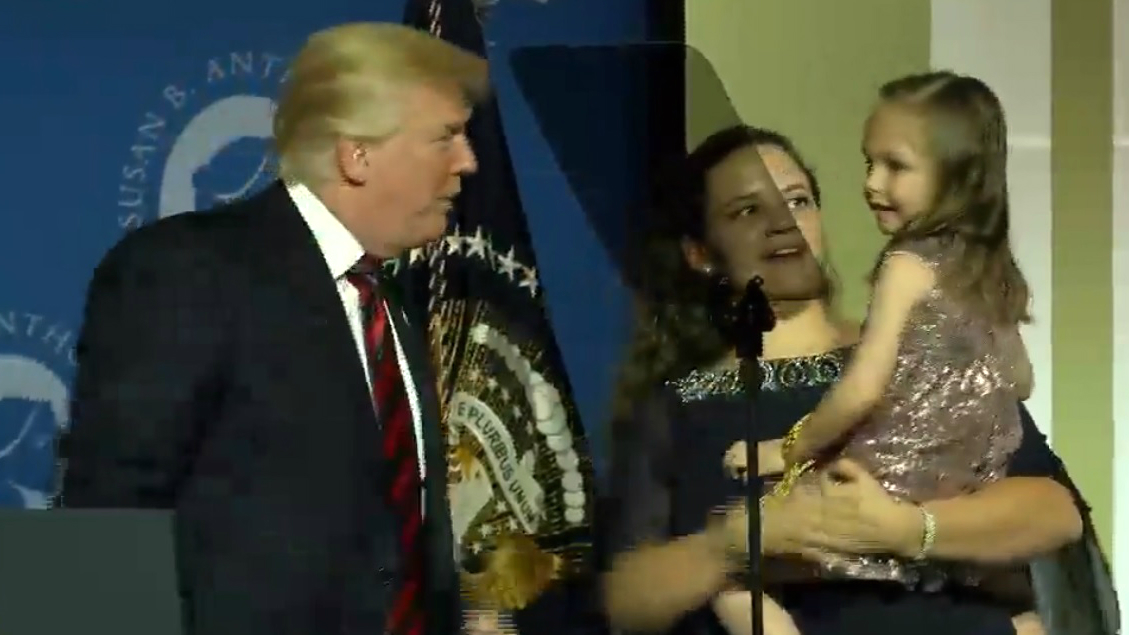 On Tuesday evening, President Trump served as the keynote speaker at the annual Campaign for Life Gala hosted by pro-life group Susan B. Anthony List in Washington, D.C. During his remarks, the president urged attendees to “vote for life” in the upcoming midterm elections and announced his administration’s proposal to prohibit Title X funding from organizations that provide or refer abortion.

But Americans wouldn’t know that from watching the broadcast networks. ABC, CBS, and NBC didn’t report on the event during their morning news shows the following morning, on Wednesday. They found time for other topics though. NBC Today alone devoted 4 minutes, 36 seconds on “What really happened to Cecil the lion?” – a Zimbabwe lion killed back in 2015.

President Trump wasn’t the only one on stage either. At one point, he invited 4-year-old Catherine Alexander to join him at the podium. Once an opioid-dependent newborn, Catherine was adopted by her parents after they felt a call from God at the 2012 March for Life, he said. And one day, she aims to be president.

“Catherine reminds us that every life is sacred and that every child is a precious gift from God,” he added.

And not just Catherine’s life, he said, but every American’s life.

But the following morning, the broadcast networks said nothing of the event. That wouldn’t surprise the president, who slammed the “fake news” present at the gala while declaring “we have created more than 3.3 million new jobs.”

“And if I would have said that prior to the election, those people back there — you know who that is, right? That’s called ‘the fake news, fake news,’” he said. “They would have said, ‘What a ridiculous statement. He’s saying he’s going to project 3.3 million new jobs? How ridiculous is that?’”

As president of the Susan B. Anthony List, Marjorie Dannenfelser expressed delight over the president’s comments.

“The president’s keynote address to hundreds of dedicated pro-life advocates from around the country marks a watershed moment in the history of our cause,” she said in a statement Tuesday night. “President Trump has embraced the pro-life movement as his own. True to his word, he is governing as the most pro-life president our nation has ever seen.”

Methodology: MRC Culture watched the morning news shows of ABC, CBS, and NBC on May 23, 2018.