Planned Parenthood might not want you pregnant and barefoot, but it does want you in the kitchen. 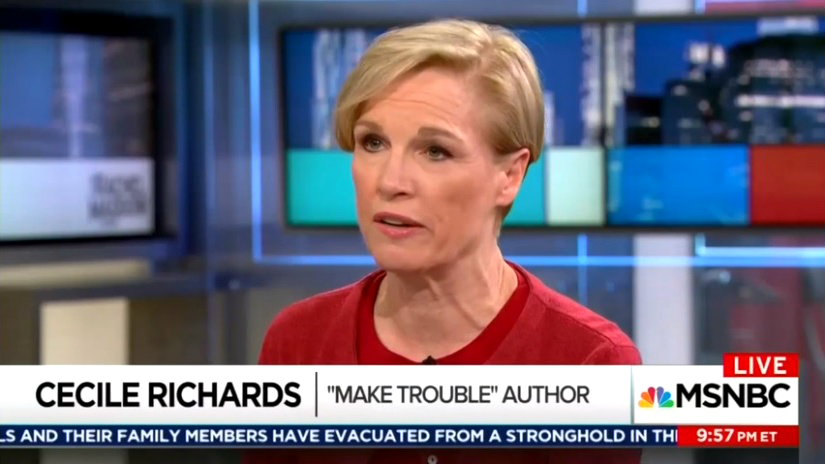 Under Richard’s leadership, pro-life groups report that, there have been “3.8 MILLION lives lost to abortion” because she can’t say when life begins. Other things happened at Planned Parenthood happened too. Like baking pies.

“When I came to Planned Parenthood 12 years ago, I started a pie-baking contest,” Richards said. “Which is kind of fun because at the time we only had about 35 employees, and now we have about 500.”

According to her, “My most treasured gift on leaving was a booklet of all the winning pie recipes.”

Many other media have focused in on Richard’s baking skills, from People to feminist Guardian columnist Jessica Valenti that, as Valenti said, everyone would “know this incredible woman for who she really is.”

Besides food, Richards also had a special message for women that she revealed to Cadigan.

“Stand up for women who are standing up for themselves,” she said. “That’s the overwhelming sense I’m getting from women around the country. They want to be the architects of their future and their destiny, not just the recipients of it.”

Speaking of women’s futures, the abortion giant has committed roughly 7.6 million abortions since Roe v. Wade, the 1973 Supreme Court decision that legalized abortion in the U.S.