Life begins at different times, depending “on the pregnancy,” according to the president of America’s largest abortion provider.

On Monday, Playboy magazine published an interview with Planned Parenthood President Cecile Richards in the wake of her new memoir, Make Trouble and as she prepares to step down from her position in May after serving for 12 years. During the interview, when asked about when life begins, Richards cited doctors as saying “there is no specific moment when life begins.” Or, she said, “It depends on the pregnancy.” 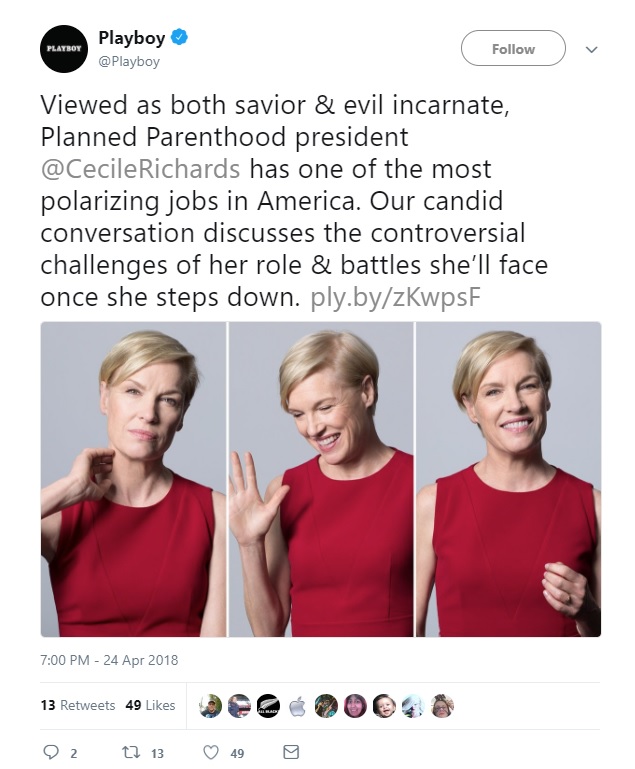 While the interviewer, journalist David Hochman, described Richards as “warm, connected and excited about life,” he asked her questions that many in the media refuse to touch – questions about life.

“In your opinion,” he asked towards the beginning, “when does a human life begin?”

Her life, she ironically said, began with the birth of her children.

“For me,” she said, “it was when my babies were born, and they’ve been such an important part of my life. That was it for me.”

Hochman had a follow up ready. “Is there any point during pregnancy when an abortion would be terminating a life?” he asked.

For her response, she cited doctors.

“That’s a question medical folks have dealt with, and I’m not a doctor,” she said. “I’ve spent a lot of time with ob-gyns, and they will tell you there is no specific moment when life begins."

“It depends on the pregnancy, and that’s frankly why doctors and their patients should be in charge of these decisions and not government,” she added. “For Planned Parenthood, it depends on the state and what kind of abortion services we provide. We go to whatever the legal limit is, but it isn’t the same state by state.”

She called it “incredibly cruel” that some “women with really troubled pregnancies” “have to fly across the country to have someone provide them with health care.”

She didn’t speak highly of her opponents either.

“I think the mind-set on the right actually goes beyond religion, frankly,” she said. “It’s really about women and sex.” 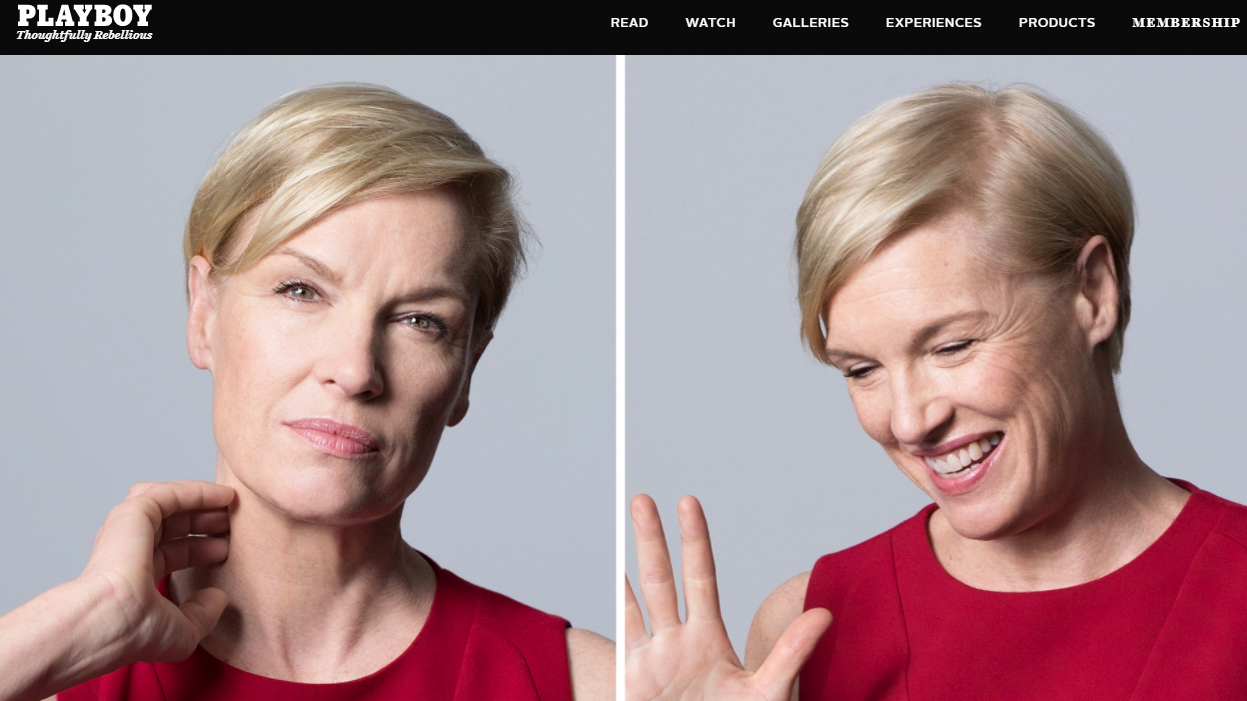 “I think there are men, a lot of them in office, who simply don’t believe that women should be able to have sex freely,” she added. “Women are everywhere, and for some men that is unsettling. People may think our opponents are rallying around religion, but it’s really about control over women’s opportunities.”

Even though the president is no fan of her organization, she stressed, “Trump may be the best thing to have happened to the feminist movement.”

“Trump has lit a fire for millions of people—women, yes, but also men—to step forward, be heard, get involved in fighting back and making trouble, and I’m tremendously optimistic about where we’re heading,” she concluded.

Though, in the end, she would be better than him.

When Hochman asked her (like many others in the media) if Richards would consider “running in 2020,” Richards responded, “I think I could do a better job than the one who’s in there now, for sure” even though “it’s not an aspiration.”

Hochman also asked Richards about her own abortion.

“I didn’t think about it that much except that, like a lot of women who have either had an abortion or, more important, had children, I became even more adamant about abortion rights,” she said. “The responsibility of having a child is a lifetime decision.”

It’s also a lifetime decision to end the life of a child.