Would there be an uproar if celebrities chomped down on Islamic prayer beads? We’ll likely never find out. But if they’re Catholic, it’s cause for celebration.

In anticipation of the 2018 Met Gala, Vogue’s senior fashion news writer Brooke Bobb covered the “most worship-worthy work” of Sweet Saba candy designer Maayan Zilberman. That work consisted of “champagne-flavored rosary necklaces and rings” created by Zilberman in honor of the Catholic-themed event. 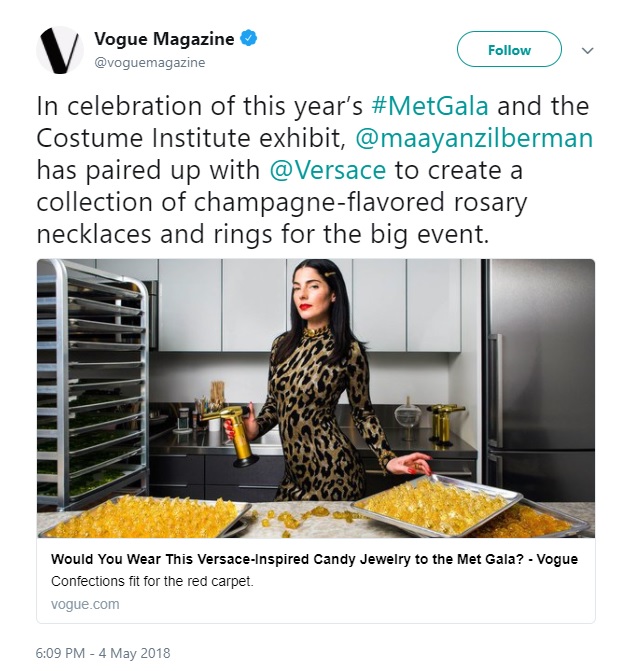 For Monday night’s gala, Zilberman joined forces with Versace to make the edibles that fit with the theme of “Heavenly Bodies: Fashion and the Catholic Imagination.” But she didn’t only use her imagination. 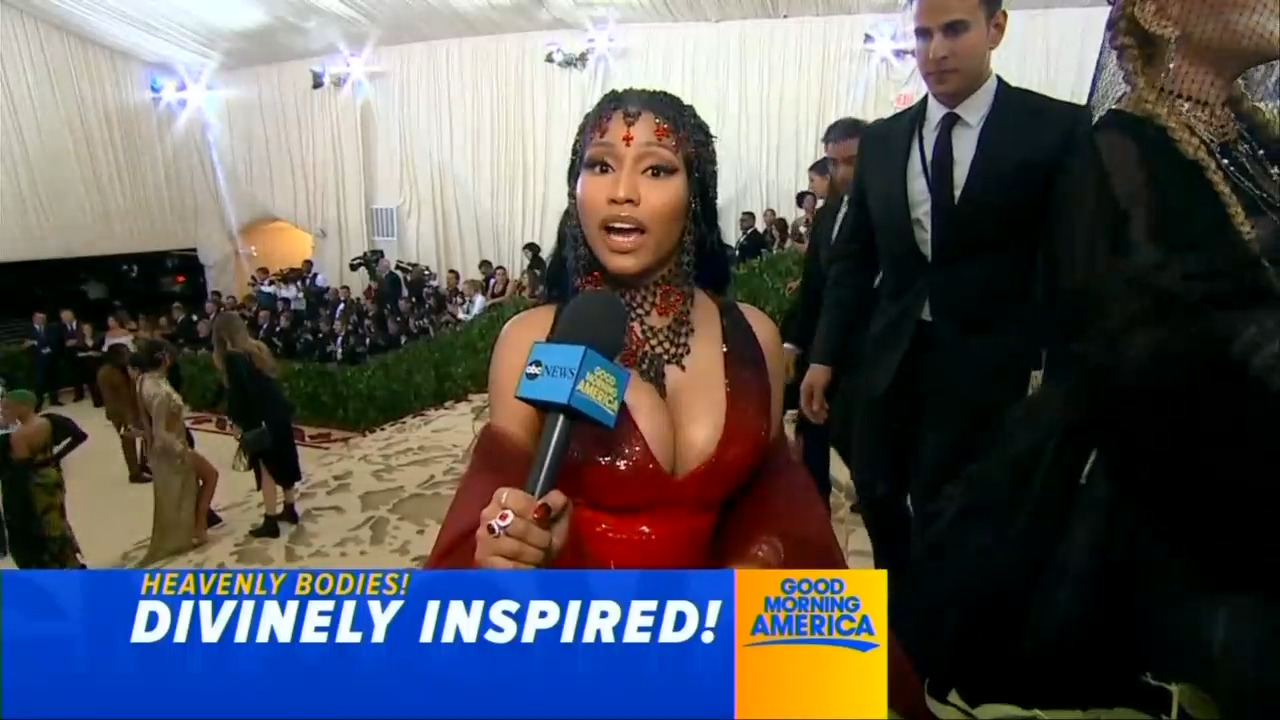 “I took specific inspiration from the jewelry, including hand-carved rosaries and giant papal rings, that I photographed when I visited the Vatican a few months ago,” Zilberman described.

According to Bobb, in her piece published Friday, Zilberman “used edible gold to create the pieces” of religious items alongside Versace’s logo of Medusa’s head.

“The first step was sketching and compiling the imagery I had, then I sculpted each element out of clay by hand” she said. Then she made molds “the way a jeweler might do, but in this case I pour molten sugar instead of precious metal.”

Zilberman confirmed that her creations will “have special moments at both the gala and the Versace after-party.” (And, barring that, customers can purchase them for special order online.)

Bobb also concluded that Zilberman, the “blonde fashion grande dame herself,” will “be sporting candy-laden accessories.”

But hey, at least they weren’t eating the real thing like Miley Cyrus.