Pregnancy centers are routinely attacked by both the abortion industry and the media. But one man involved in an upcoming Supreme Court case concerning pregnancy centers is encouraging the media to “really look at this case carefully.”

On March 20, the U.S. Supreme Court will hear oral arguments in National Institute of Family and Life Advocates (NIFLA) v. Becerra. MRC Culture interviewed Thomas Glessner, the founder and president of NIFLA, about the case at the 2018 March for Life in Washington, D.C. According to Glessner, the case was pushed by a “pro-abortion effort” and centers on Americans’ freedom of speech guaranteed by the First Amendment.

Glessner defined NIFLA as a “national network” of nearly 1,500 pro-life pregnancy centers nationwide. 1,200 of those, he added, are medical clinics with services including ultrasounds and STI testing.

But the case itself comes out of California, after the state’s Reproductive FACT Act became law. According to the AP, NIFLA boasts ties to 140 clinics total in California.

“In 2015, the state of California passed a law mandating that pro-life centers, and particularly pro-life medical clinics, post a sign in their waiting area,” explained Glessner, “which advises their patients on how to obtain a state-funded abortion as well as a phone number to call to get the abortion process started.”

While abortion supporters insist women should be informed about state-funded abortions, NIFLA argues that the government can’t force Americans to publicize something they morally oppose.

At the same time, forcing abortion clinics to advertise pregnancy centers isn’t law. And that will likely never be an issue, he said, because this case represents a “pro-abortion effort to shut down pregnancy centers, pure and simple.”

The law also mandates that unlicensed clinics notify clients of their status. 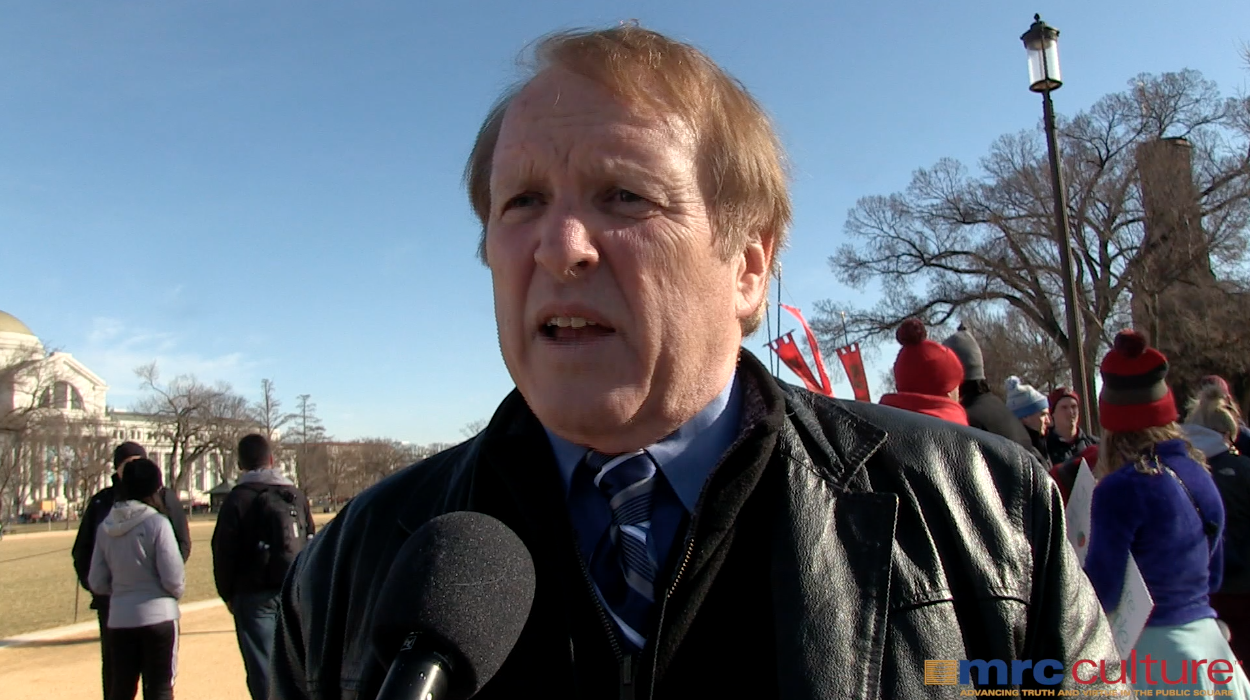 Before the case arrived at the steps of the Supreme Court, Glessner stressed that NIFLA sued “on behalf of our membership in California” and turned to the Ninth Circuit Court of Appeals.

As far as coverage of the case, Glessner urged the media to “really look at this case carefully” and how it impacts “everybody, not just pro-lifers.”

While the case also touches on freedom of religion, he continued, “it’s primarily a free speech case where the government is compelling small faith-based ministries to speak a message with which they fundamentally disagree.”

He’s not alone. According to National Review senior writer David French, the “compelled speech” case has “almost entirely escaped public attention,” which is a “mistake.”

Should NIFLA lose the case, Glessner warned, pregnancy centers in California will close their doors.

“They will have to comply with the law or essentially be fined and have penalties levied against them and many will shut down,” Glessner warned. “I predict that, beginning in the blue states, similar legislation will be passed.”

As an example of what would happen in California, he focused on Los Angeles:

“In California, the law allows the state, county, or city to enforce the law. And no jurisdiction has decided to enforce it yet, except for the city of Los Angeles. Now the law specifically issues a $500 fine for first offense, then a $1,000 fine after each offense. That would seem like a manageable fine except the city of Los Angeles decided they’re going to enforce this, and so they threatened to bring a lawsuit, not only imposing those fines, but also suing under a state business licensing law out in California which would allow them to collect attorney fees, treble damages and all sorts of fines against the pregnancy centers for violating business practices. So that definitely would close [pregnancy centers] down if they got hit with that type of judgement.”

To stress “how serious this is,” he pointed to Hawaii, which “passed an almost identical law” currently on hold because of this case.

“One of the centers is housed inside a church,” he said. “That law means the church must post the sign inside the church, advising people how to get a state-funded abortion.”

“Our stats show that 90% of the mothers who see an ultrasound prior to making that decision choose life,” Glessner said, crediting pregnancy centers for the “huge impact” on the country’s “reduction in abortions.”

He concluded by saying that “if we lose this case,” then the freedoms of religions and speech at the “heart” of the First Amendment would be “gutted.”

“Everybody should be concerned about that,” he said. “That will impact everybody.”