Actress Charlize Theron: ‘I Am a F***ing Feminist’

While she used to shy away from the word, one big name star is now embracing the term “feminism.”

On Sunday, Matter of Fact With Soledad O'Brien aired an interview with actress Charlize Theron and Kweku Mandela, the grandson of Nelson Mandela. While speaking, Theron addressed equal pay and insisted that she was a “fucking feminist.”

Held at the Los Angeles Geffen Playhouse, the interviews was a part of “100 Conversations,” an initiative honoring of the late South African president, who would have turned 100 this year. 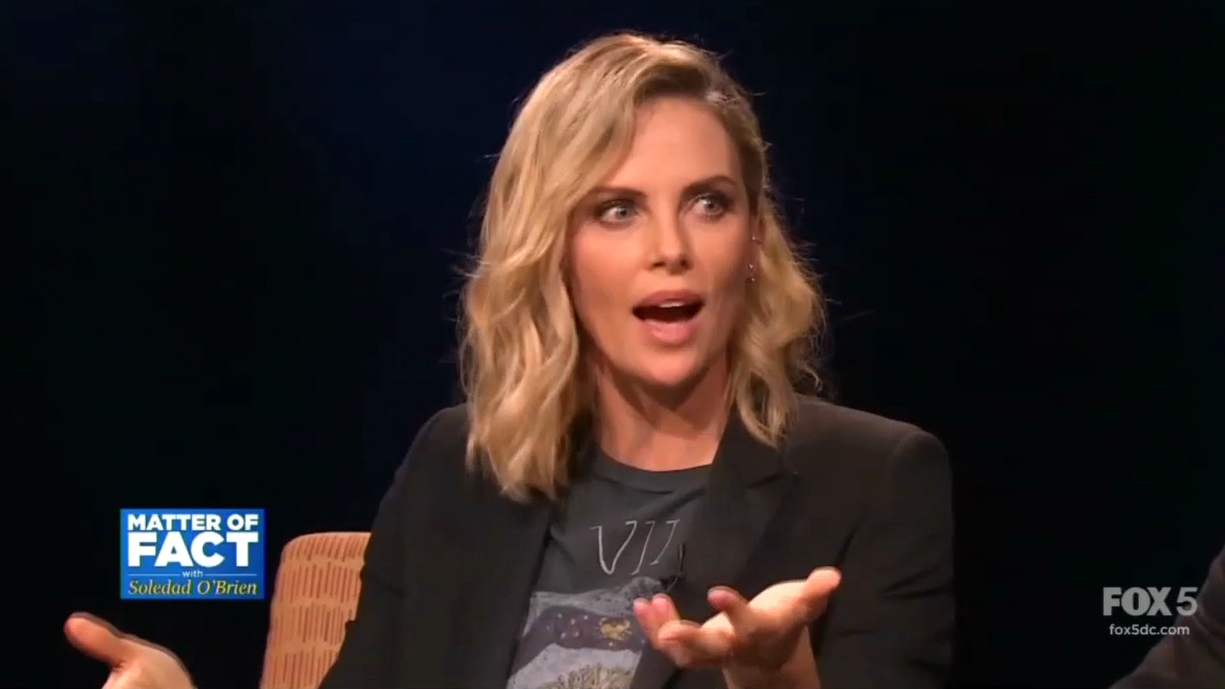 At one point, Soledad O’Brien, acting as moderator, asked Theron, a South African native, about her take on feminism.

“You've been very open, Charlize, about your efforts for equal pay and making headlines, when you asked for that,” O’Brien began. “You've talked a lot about embracing feminism at a time, when it's almost like it's a dirty word. Are you surprised at how that sort of request for basic fairness is headline making?”

More on that "dirty word" later. O’Brien was referring to when Theron asked for equal pay (more than $10 million) in comparison to co-star Chris Hemsworth in The Huntsman: Winter’s War. Theron described the experience.

“I'm so incredibly grateful to be in this position where I could put my foot down and say I want equal pay to my male co-star,” she responded. “Hopefully we're encouraging an environment in workplaces where this is not isolated cases anymore, but where we're changing just how people go about business.”

As for herself, she identifies as a feminist. “Today I'm proud to say that I am a fucking feminist,” she told O’Brien.

According to a Hollywood Reporter write-up, she said more on the topic.

"I remember always saying being a feminist meant a different thing to everybody,” she said. “And I would apologize for it. And I had to ask, why was that? Why couldn't I just say, 'Yes, I’m a feminist?'"

Short answer: because some self-described feminists declare women have to support certain issues, like abortion, and choose certain lifestyles to belong to the movement.