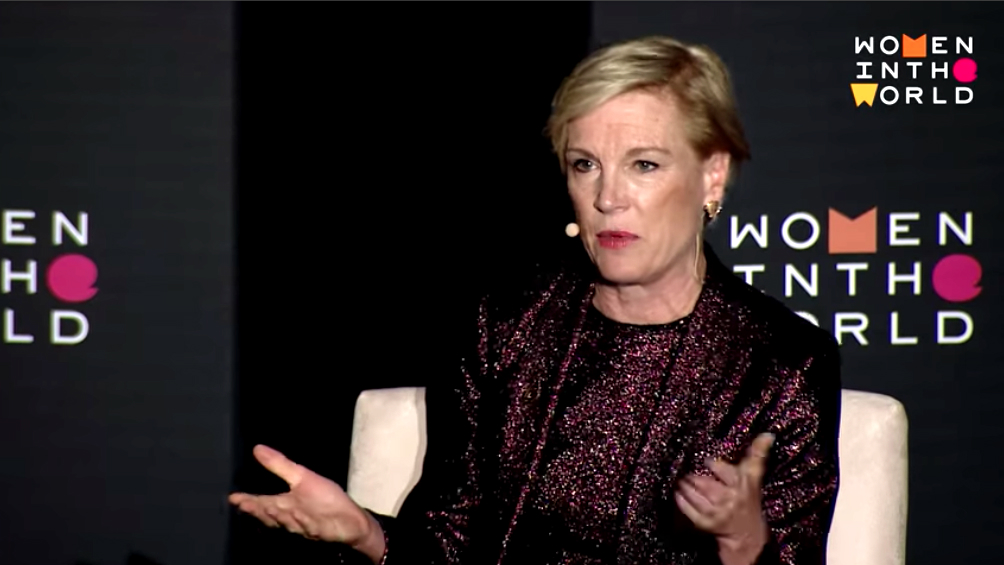 From the beginning, Richards described the current administration “going after birth control access” as “extraordinary” and “crazy.”

She credited birth control for the “record” of lowest rate teenage pregnancy in U.S. history and lowest rate of abortion since the Supreme Court legalized abortion in 1973 with Roe v. Wade. (She conveniently forget to mention that, while the national abortion rate has decreased, Planned Parenthood’s own abortion rate has increased.)

But then she warned that the Trump administration was interfering.

“We just have seen a leaked memo that basically says that they’re going to try to redirect all the family planning program, where millions of women, how they get access to affordable birth control, to now begin to use it for fertility awareness,” she insisted. “But to really redirect it away from ‘artificial’ family planning to ‘natural’ family planning.”

Brown gasped, “You mean we’re going to go back to the Rhythm method?” and likened the decision to an “episode of Mad Men.”

Richards confirmed, “Yes, back to the Rhythm method.”

“It’s completely insane,” Richards added. “We provide birth control to millions of people every year, and what we usually call folks who come to us who use the Rhythm method, is parents.”

“I guess we have to laugh to keep from crying,” Richards concluded.

But Richards again left out some important details. First: That “leaked memo,” which news outlets couldn’t verify, never specifically mentioned the Rhythm method, but instead used the term “fertility awareness.” Second: NFP is very different from the Rhythm method of the 1930s.

She should have known better. Back in October, Richards sparked outrage on Twitter from NFP users after she asserted that the “administration wanted to move to ‘natural family planning’ — like the rhythm method.”

According to the United States Conference of Catholic Bishops (USCCB), “studies show that couples who follow their NFP method’s guidelines correctly, and all the time, achieve effectiveness rates of 97-99%.” The USCCB also stresses that NFP is not “Rhythm,” which has been “often proved inaccurate.” Unlike the outdated Rhythm method, NFP “take[s] account of a woman’s changing signs of fertility.”

In the Catechism of the Catholic Church, the Church explains why it promotes NFP instead of contraception: Contraception prevents “giving oneself totally to the other” which “leads not only to a positive refusal to be open to life but also to a falsification of the inner truth of conjugal love.” As Pope Paul VI explains in Humanae Vitae, contraception translates into rising marital infidelity, lower moral standards and increased viewing of women as “mere instrument[s] of selfish enjoyment.”

In other words, Church doctrine teaches that actively preventing conception or "every action which … proposes, whether as an end or as a means, to render procreation impossible" is “intrinsically evil.” (“Periodic continence,” such as Natural Family Planning, is allowed because, it “respect[s] the bodies of the spouses, encourage tenderness between them, and favor the education of an authentic freedom.”)

Besides Catholics, many evangelical Christians refuse to fund contraception because they say some forms induce abortions.