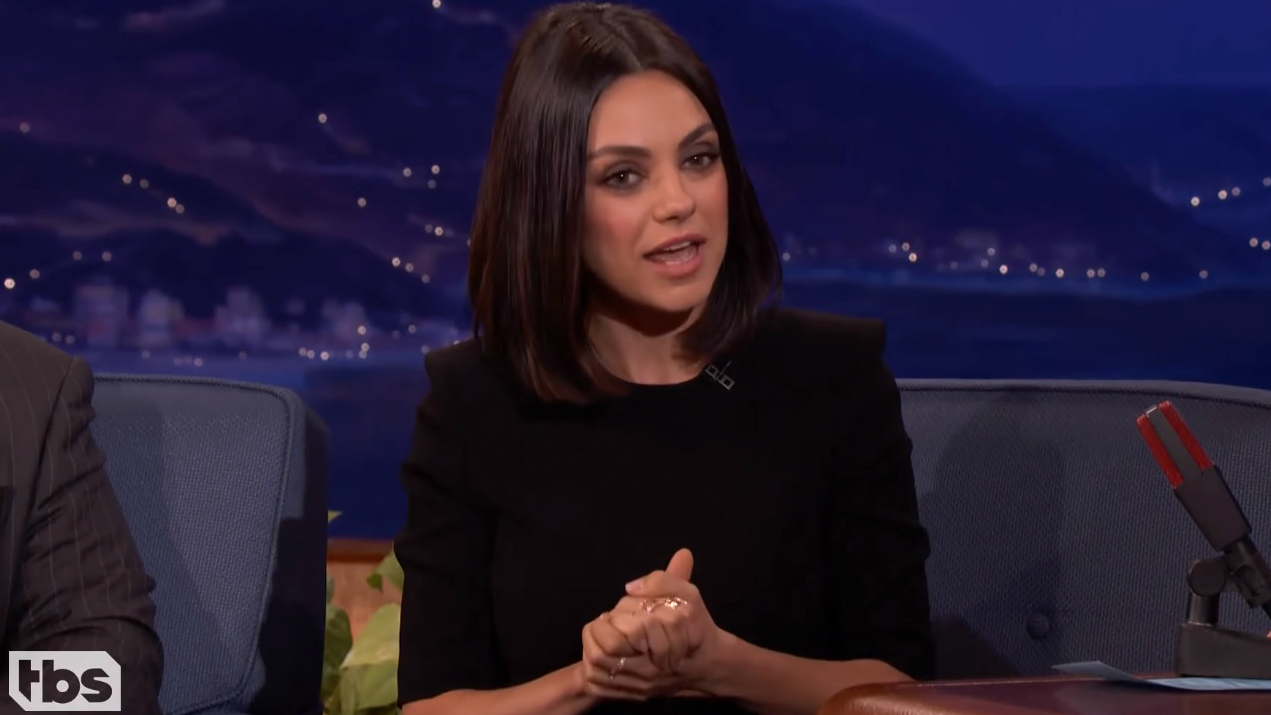 Actress Mila Kunis recently revealed her monthly donations to America’s largest abortion provider on Conan. But, just last year, she acknowledged her pregnancy as a “human inside.”

On Nov. 2, Kunis told host Conan O'Brien about her “peaceful protest” against Vice President Mike Pence, whom she “strongly” disagrees with.

“As a reminder that there are women out there in the world that may or may not agree with his platform, I put him on a list of reoccurring donations that are made in his name to Planned Parenthood,” she said to applause. “Every month to his office, he gets a little letter that says like, an anonymous donation has been made in your name.”

But Kunis didn’t acknowledge the threat Planned Parenthood poses to the unborn, who she celebrates as life. In July 2016, a pregnant Kunis spoke about expecting her second child with husband Ashton Kutcher on Live with Kelly.

“I do have a human inside,” Kunis said. “Just one.” Four months later, she gave birth to Dmitri, who joined older sister Wyatt.

In response to her Planned Parnethood donations, both Pence supporters and pro-lifers are boycotting Jim Beam, a bourbon brand which boasts Kunis as spokeswoman.