MRC Culture spoke with ACT for America Founder Brigitte Gabriel at the Family Research Council’s Values Voter Summit (VVS) in Washington, D.C. on Oct. 13. During the interview, Gabriel called out the SPLC for “creating hatred in the country” and accused the group of “working with radical Islamists coming together within our own country.”

ACT for America calls itself the “nation’s largest nonprofit, non-partisan, grassroots national security organization” with 750,000 members. But according to the SPLC, ACT for America is an “extremist group” serving as the “largest anti-Muslim group in America.” The SPLC recently targeted the organization’s national conference and called VVS, where Gabriel spoke, the “peak convergence of anti-LGBT and anti-Muslim movements.”

Gabriel responded to the SPLC, telling MRC Culture, “The SPLC is targeting all conservative organizations who love America, basically,” she said. “They are now going after anybody who does not agree with their point of view.” Video below.

The SPLC is backed by Hollywood, the tech industry and the media. Back in September, 47 conservative leaders and organizations urged news outlets to cease use of SPLC data in a letter signed by MRC President Brent Bozell.

“To associate public interest law firms and think tanks with neo-Nazis and the KKK is unconscionable, and represents the height of irresponsible journalism,” the leaders declared of SPLC’s “hate map” which includes prominent conservative organizations like ACT for America, Alliance Defending Freedom and the Family Research Council.

While the SPLC “started as a good organization,” Gabriel said that today it has “changed its mission.”

She also expressed alarm over the media’s use of SPLC data in reports.

“The mainstream media, the lamestream media, what I call them, like CNN and MSNBC and ABC and CBS and, you know, the rest of them, their job is to report the news,” she said. Their job is not to “brainwash with political opinion based on no facts whatsoever” by using SPLC data without fact-checking the “leftist organization.”

Speaking from personal experience, Gabriel said that the SPLC “quotes me saying things that I’ve never even said.”

“They actually quote bloggers who write opinion about me, who don’t even know me, sitting in their pajamas, yet they quote them as an authoritative source,” she said of the group. 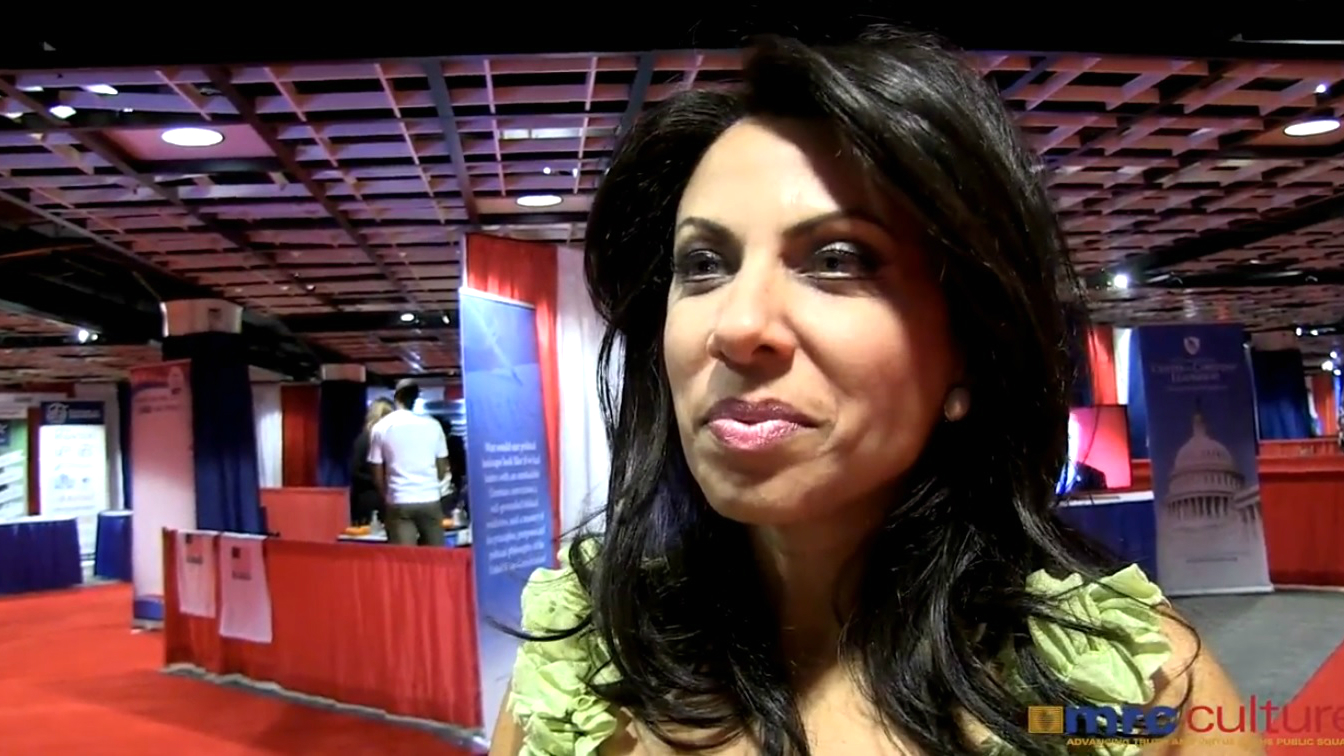 She argued that the SPLC itself had evolved into a hate group.

“The SPLC has become itself a hate group, creating hatred in the country and dividing the country,” she said. “And it is very dangerous when you have main, or supposedly what was perceived as mainstream media, they are no longer mainstream media, giving news and information to unsuspecting Americans just taking it without verification.”

She called upon citizens to “go to other sources to learn the facts” because “You can no longer trust the lamestream media to give you the news.”

Her national security organization targeted by the SPLC, she added, represented Americans from several different backgrounds.

“Our members are Christians, Jews, Hindus, Buddhists, atheists, gays, lesbians, literally people who put their differences aside and came together for the protection of America,” she urged.

She warned that the SPLC represented “anti-American zealots” working “with radical Islamists coming together within our own country forming the Islamist leftist coalition” to come “against anybody that does not agree with their point of view regarding how America should be.”