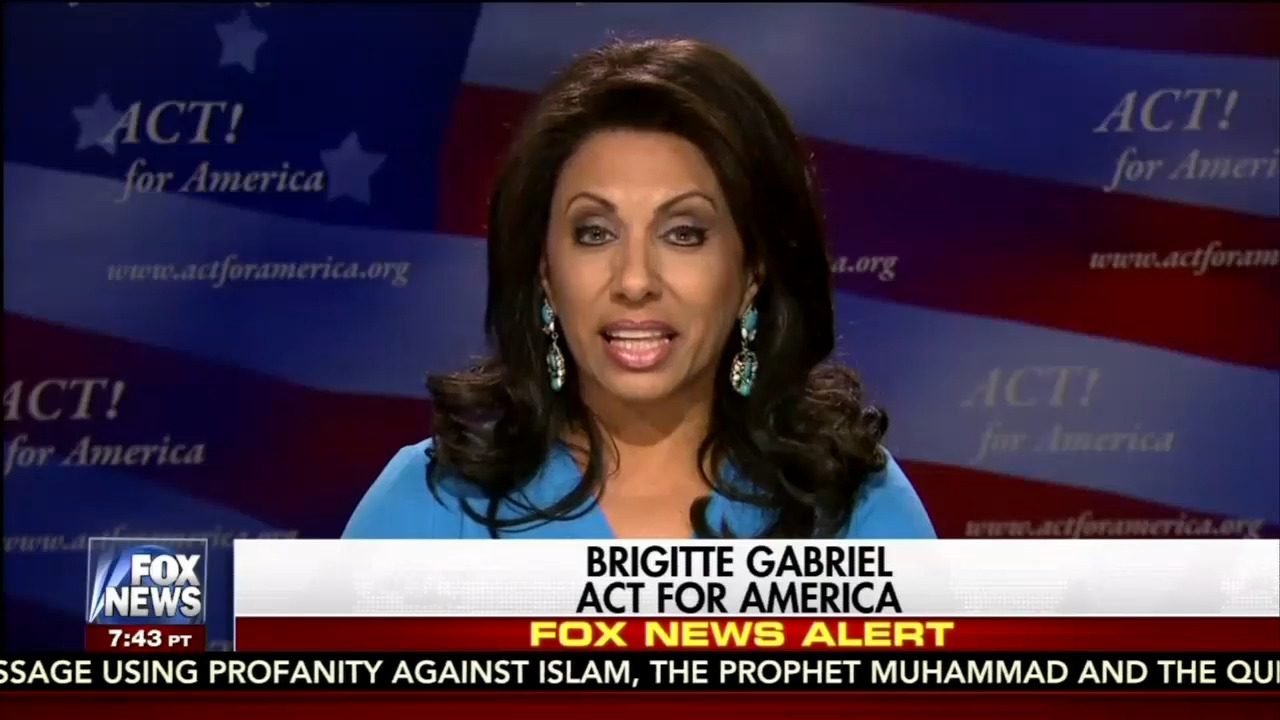 The Southern Poverty Law Center is at it again -- spreading hate against people it disagrees with.

This time, the SPLC targeted ACT for America during ACT’s seventh annual national conference. The assault triggered a response among liberals eager to prove their fidelity to SPLC’s intolerant agenda of hate. The SPLC attacked ACT as the “largest anti-Muslim organization in the U.S.,” and criticized Marriott hotels for hosting the conference. It also claimed Media Research Center president Brent Bozell was a person “better known for bashing LBGT persons.”

ACT for America isn’t what the SPLC pretends. It’s a “national security grassroots organization,” that has more than 750,000 members and 12,000 activists who help to “educate, engage, and mobilize citizens and elected officials to impact legislative outcomes to protect America.” The group, founded by Brigitte Gabriel, focuses on radical Islamic terrorism. However, the SPLC has translated this mission to mean “anti-Muslim,” even though a practicing Muslim spoke at ACT’s 2016 conference.

Founder Brigitte Gabriel defended ACT in a written statement to Newsbusters, “Our members include Jews, Christians, Muslims, Atheists, Buddhists, Hindus, gays and Lesbians indeed people from all backgrounds coming together to ensure America stays a safe and free country. The speaker right after Brent was an Ex-Muslim from the Palestinian territory. The man who read his introduction was a gay guy that works for us who organized ‘The Deplorable Inaugural Ball’ and had worked on the Trump campaign. He is our lead activism strategist.”

Gabriel also stated that the threats ACT received from the left made it difficult to proceed with their conference. She told Newsbusters, “We have the highest caliber of members and speakers. Unfortunately the left has made the situation so toxic and dangerous we couldn't even publish the bios or read what some of the great speakers we have do or come from.”

The SPLC is the same left-wing source that carefully constructed a “hate map,” with the names and locations of organizations that fail to meet its liberal standards for “tolerance.” Lumped in with the names of local white supremacist groups and KKK chapters are prominent conservative groups like ACT for America, Alliance Defending Freedom, and the Family Research Council (FRC).

This same hate map was cited by the Family Research Council shooter Floyd Lee Corkins when he attacked the FRC. In the wake of the Charlottesville incident this August, liberal media have decided to embrace the SPLC’s definition of hate groups, and have targeted conservative groups under the SPLC label. The SPLC was also liked by the Scalise shooter, James Hodgkinson.

SPLC went after Raheel Raza, as a member of another “anti-Muslim hate group,” the Clarion Project. The Clarion Project was founded to “educate people about the dangers of radical Islam.” It gives a platform to moderate Muslims to “speak out against extremism.” Yet somehow, this organization, even though it works with Muslims, is targeted as an anti-Muslim hate group by the SPLC. Clearly, it’s not Muslims that irritate the SPLC. Its conservatives.

Salon’s Amanda Marcotte took her cues on ACT for America from the SPLC, calling it “anti-Muslim bigotry” and saying that ACT “provides a glimpse into a world of racist, right-wing paranoia that is often a bit hidden from liberals.”

SPLC’s twitter feed has in the past two days gone out of its way to specifically attack ACT, with the hashtag #CounterACThate.

Somehow, five years after Corkins admitted to attacking FRC because of the SPLC hate map, the SPLC still finds it appropriate to sling hate toward the organization. The blog post attacked both ACT and FRC in the same breath, saying “some of ACT’s greatest allies are some of the vilest anti-LGBT organizations in the country, such as the Family Research Council.”

However, in the wake of some of the SPLC’s bigger continuity issues in targeting “hate,” the Department of Defense has completely erased all SPLC related training materials on extremism from their Defense Equal Opportunity Management Institute (DEOMI). In February, the FBI also “distanced itself” from the SPLC.