Ex-Pussycat Doll Slams Hollywood: ‘I Wasn’t OK With What Was Going On’

One former Pussycat Doll has spoken out before about Hollywood’s abuse. But only now are the media paying attention, in the wake of Harvey Weinstein.

Following the Harvey Weinstein scandal, Kaya Jones of the Pussycat Dolls revealed on Twitter that the all-girls group served as a “prostitution ring” where the singers expected to “sleep with whoever.” In an interview with MRC Culture, Kaya elaborated on how she “wasn’t okay with what was going on” behind the camera and accused Hollywood of “100 percent” sexualizing women. She also advised conservative women who want to enter the industry.

My truth.I wasn’t in a girl group. I was in a prostitution ring.Oh & we happened to sing & be famous. While everyone who owned us made the $

From 2003 to 2004, Kaya served as one of the lead singers for the Pussycat Dolls, a popular girl group that sold more than 15 million albums and 40 million singles. A supporter of President Trump and the military, Kaya recently made headlines for her song honoring the armed forces, “What the Heart Don’t Know.”

This isn’t the first time Kaya has spoken up about the dangers of Hollywood. Back in August, she revealed on Twitter the attacks young women face in Hollywood.

In an exclusive interview with MRC Culture following her tweet, the 33-year-old said she personally knew “people that I have been in business with, that have been affected by it, and have been asked to do things that they don’t want to do.” She also noted her “own journey” of “witnessing things that are just unacceptable.” Video below.

“Everything about what’s pushed onto young women is ‘You gotta be thin, don’t eat, wear a lot of makeup, always be put together.’ That’s not really attainable,” she continued. “It’s about being real. And at the end of the day, if you can’t get behind your narrative or what you’re projecting to your fans, you’re never really talking to them.”

When she joined the Pussycat Dolls at 18-years-old, Kaya admitted “I felt that I wasn’t normal when I said I wasn’t okay with what was going on. And it wasn’t in front of the camera.”

But she spoke up after a “crazy whacky moment” at the MGM Grand Garden Arena in Las Vegas with VH1’s Divas Live. That’s because, moments before her performance, she spied two little girls who adored her as a role model.

“I was coming through the audience – only me and one other girl, the rest of them were coming up on a riser – and they’re two little girls, and one was like 4-years-old and she went, ‘Ah!’ she said, ‘Pussycat Dolls!’” Kaya remembered.

That moment inspired her to leave the Pussycat Dolls.

“She was so excited to see us and that was her reaction to me and I just knew in that moment I couldn’t do it,” she continued. “Because this isn’t what I would want any little girl to be, what was being pushed on us and what I was going through in that moment and time, and what we had just endured backstage.”

The consequences to her career, she stressed, didn’t matter in the long run.

“It was a lot of the backend that I wasn’t okay with and felt there needs to be a shift and, yeah, everyone basically said I was nuts and crazy because I walked away from a very substantial amount of money,” she said. “But you know, we weren’t going to get any of the money, we were going to be cast members, and this wasn’t the narrative I felt was correct for young women.”

How bad was it?people ask-bad enough that I walked away from my dreams,bandmates&a 13 million dollar record deal.We knew we were going to#1

Ten years later, she said, “everyone now, I think, knows who I am and maybe respects me a bit more. But it’s been going on for me for a very long time.”

According to Kaya, conservative women can go far in the entertainment industry – but at a price.

“If you’re willing to compromise your integrity, if you’re willing to not have any scruples about you when it comes to the way that you are as a human being, you’ll get really far,” Kaya admitted. “My soul wasn’t for sale, it still isn’t. You know, my morals and my integrity were never for sale.” 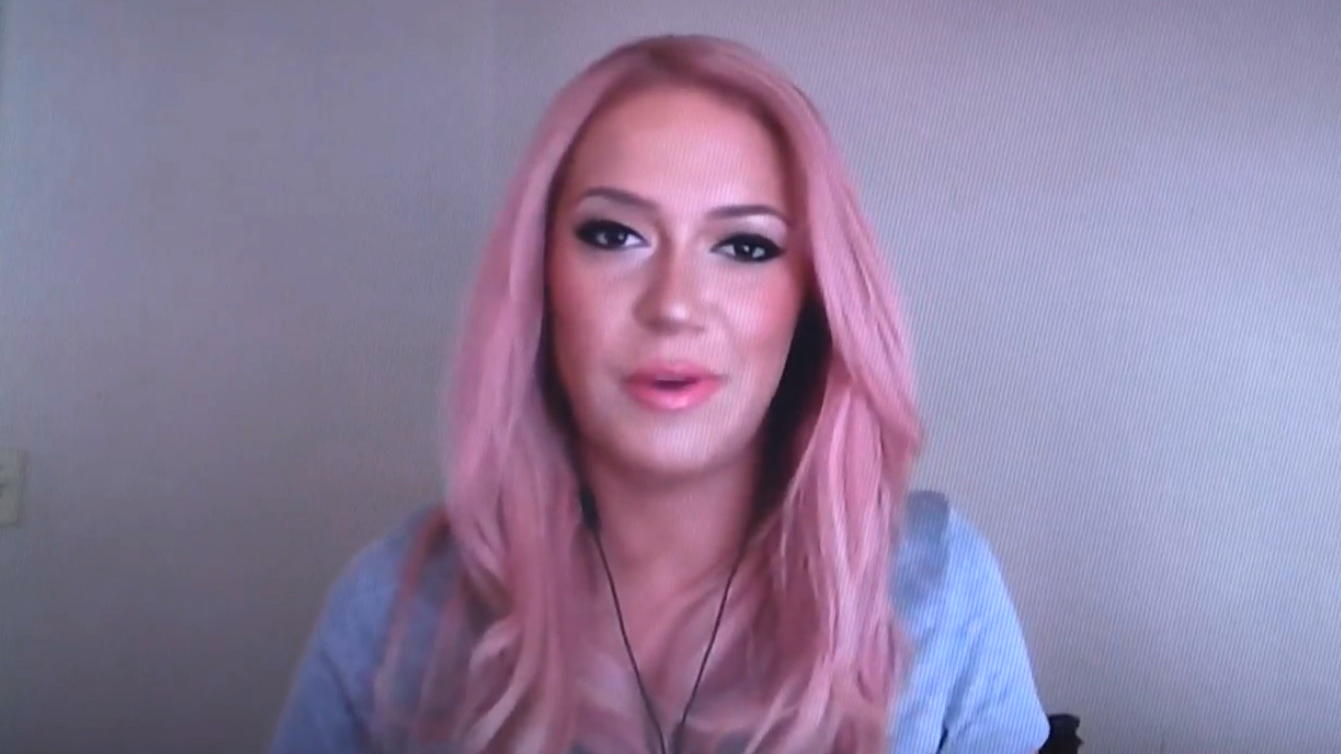 “It’s okay to not be popular and follow your narrative and what you need to do. Especially for young girls that don’t know what they want to be or what they want to do and they’re going through their journey of just growing up,” she said. “And you’re pushing things onto them where they don’t feel secure with who they are. They don’t feel like their lips are good enough or that their hair is good enough or their body is good enough and this is the world that we live in. We’re pushing these things on young children.”

“But yeah, if you’re open and okay with everything that’s not the quilt and fabric of America, you’ll get very far,” she concluded. “For sure.”

Drawing from her experience, Kaya offered advice for conservative women aiming for Hollywood.

“I would say beat to your own drum, no matter what anyone says,” she encouraged. “If you feel comfortable and confident in sharing who you are, then you continue doing it.”

It’s not easy, she urged. According to the singer, being conservative today in Hollywood is “like being gay in the 90s.”

“You know, when it was a scary time to come out,” she added. “Ellen was fired, you know, for coming out on her show. And now if we say that we love God or we say that we love country, it’s seen as this thing that’s like anti-civilization of America.”

She continued with her advice:

So I would say to young girls or young entertainers in general, don’t compromise who you are. Find your own narrative. Keep it about the work, it’s about the work, it’s about the music, or it’s about the talent. It’s not really about all the things that they make it about. If you do a good job, you’ll make money. If you do a great job, you know you’ll be remembered forever. Keep being you, because there’s only one of you. And you can be a million carbon copies of one thing, but if you do you, there’s room for everyone in this business so don’t let anyone tell you differently. And if the door shuts on you, just kick that door down as many times as you can. Don’t take no. And don’t compromise your integrity of your heart and your mind and your spirit. Don’t do it. It’s not worth it in then end. And you’ll be happier for it in a later time because it’ll reveal why you didn’t.

At another point, during the same interview, Kaya also slammed Hollywood for pushing abortion and Planned Parenthood on young women in the industry.