Editor's Note: This story has been updated to include the Spanish-speaking networks, as analyzed by MRC Latino. 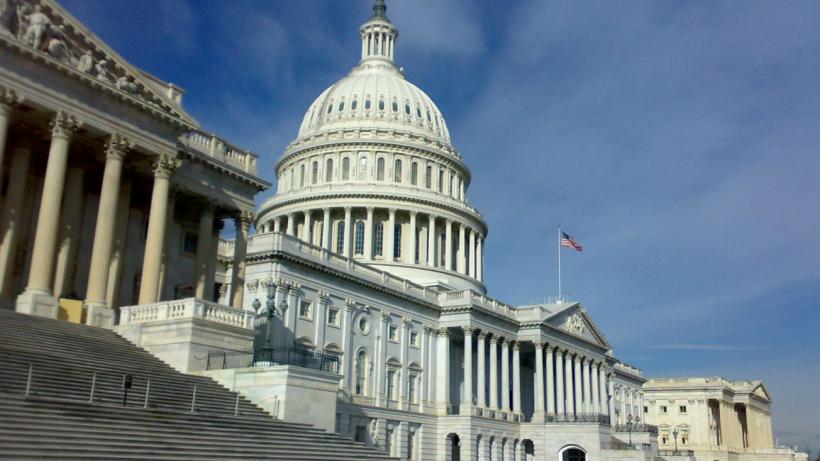 Polls show American support for abortion restrictions, but that isn’t enough for the networks cover the latest attempts by Congress to pass legislation.

On Tuesday evening, the House of Representatives passed the Pain-Capable Unborn Child Protection Act, a bill banning abortion after 20 weeks, in a 237-189 vote. Pro-life leaders heralded the passage as a “win for basic human decency.” But Americans didn't hear about it by watching the three leading broadcast networks, nor Spanish-language Univision and Telemundo.

While it’s not certain the bill will pass in the Senate, President Trump has signaled his support for the legislation, should it reach his desk.

While the networks remained silent, major news outlets from CNN to The Washington Post covered the story. National pro-life leaders have also celebrated the vote.

Following the Tuesday vote, nationally recognized pro-life leaders applauded the passage of the pain-capable bill. Their statements via press release are below [condensed for reader’s convenience]:

“Today’s vote to pass the Pain-Capable Unborn Child Protection Act was a win for basic human decency … The United States is one of only seven nations in the world that allow children in the womb to be killed for any reason up until the moment of birth, putting us in the company of China and North Korea. Our nation does not belong in that disgraceful club.”

“This common sense policy that would limit abortion to five months reflect the consensus shared by eight out of ten Americans – abortion should have real legal limits. This bill will not only save between 11,000-18,000 lives a year, but will serve to educate the public on the humanity of the unborn person and affirm the science of fetal pain early in development.”

“Not only does this legislation provide protections for the unborn child who can feel pain, but it also protects mothers from the increased risks associated with later-term abortions … We applaud Speaker Paul Ryan, Rep. Trent Franks, and House leaders for passing this important legislation that protects both mothers and their unborn children from the harms of abortion.”

"The House was right to prevent painful abortions on unborn babies, and we call on the Senate to bring up the bill and pass it as well. Congress should enact legal protections for pain-capable unborn children to stop those like Gosnell who continue to dissect these unborn children apart. We urge the Senate to follow the House's lead and send this bill to President Trump so he can sign this life affirming legislation into law.”

“The Pain-Capable Unborn Child Protection Act declares that children in the womb who are at least 20 weeks old – and who, therefore, can feel pain – should not be dismembered, decapitated, or otherwise brutally killed. It’s that simple. Frankly, if a Member of Congress cannot support such a measure, he or she is unworthy of anyone’s trust or vote.”

"The House has voted to put an end to late term abortions in recognition that an unborn child at that stage is capable of feeling pain. The abortion industry has fought this common sense, bipartisan bill in no small part because of one simple fact: Profits are large for organs harvested from babies aborted at 20 weeks and beyond. Greed cannot justify cruelty. Pain-for-profit should never be allowed."

"If made law, the Pain-Capable Unborn Child Protection Act, passed today by the House of Representatives, will bring federal law into line with public opinion, which is strongly against late-term abortion … The law would also move the focus of whether the life of a fetus is worthy of legal protection away from viability, which is only a constantly changing prediction, and toward the humane desire to avoid causing pain to a defenseless creature."

"A vote in favor of late-term abortion is tough to defend back home, yet many Members walked that plank in today’s vote. The humanity of the unborn child at this stage of pregnancy is obvious to anyone who has ever seen a standard 20-week ultrasound image."