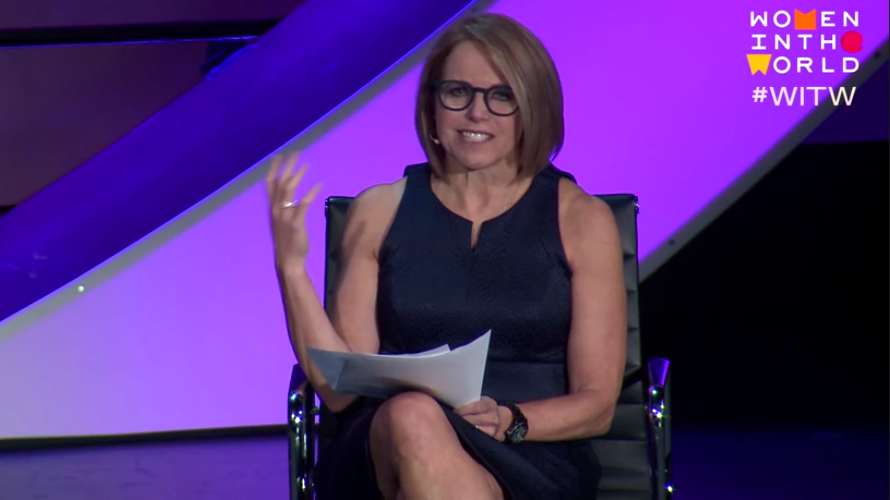 On Wednesday, anchor Katie Couric interviewed “badass” Planned Parenthood president Cecile Richards and author Chimamanda Ngozi Adichie on “How to Raise a Feminist” at the Women in the World Summit held in New York City. Much of the conversation focused on Planned Parenthood, now “under siege” and “assault” in the political world.

To introduce the speakers, a presentation defined “feminist” in three ways:

But for any of those to happen, life of the human person must first be protected – including that of unborn. But neither Couric nor Richards addressed that.

Instead, Couric welcomed the “two badass women” on stage and immediately began worrying about Planned Parenthood.

“We have to talk about this,” she said of the abortion giant. “It’s been under siege in recent weeks, really in recent months.”

While Richard’s organization recently “escaped being defunded,” Couric listed other policies challenging Planned Parenthood, from state defunding to U.N. defunding by the Trump administration. (She didn’t mention the reasoning behind these policies: to challenge the abortion industry.)

“Clearly, reproductive rights are in the crosshairs,” Couric cautioned Richards. “So what has it been like and what is your strategy moving forward?”

While Richards pointed to the pro-abortion Women’s March for hope, she admitted, “It’s been rougher than I actually thought.”

But Couric wasn’t finished with the topic yet. She next turned to Adichie to ask if “this assault” on Planned Parenthood, was a “proxy, and it’s really about the strides and progress women have made in general?” 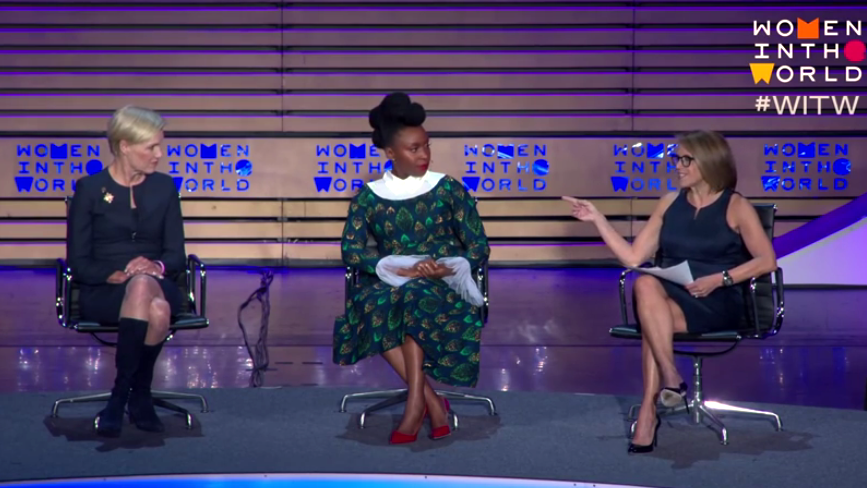 “I think that Planned Parenthood represents … all the progress that American women have made” as well as “an idea that women can be sexual beings,” she praised. “Because I think there’s a lot about the discourse that really is about not just controlling women’s bodies, but also saying that women cannot be sexual without consequences. In way that men can.”

Biologically, perhaps. But not emotionally. Even women who have had abortions – especially women who aborted after unexpectedly becoming pregnant on the pill – would agree to that. But no matter to Adichie, who went on to herald Planned Parenthood as a “symbol for all of that.”

From Nigeria, Adichie said that, because women can’t abort legally in her country, abortion isn’t safe. Using that, Richards warned that women “are now going to die as a result of U.S. policies,” not only in the United States, but also “definitely around the world.”

She didn’t mention that women would survive as a result. 7.5 million are already missing in this country alone due to her organization.

Throughout their time together, Couric gushed over Richards, as well as her mother, former Texas governor Ann Richards, in her questions.

“I’ve heard things said about you on talk radio, on social media,” Couric told Richards. Asking about her mother’s influence, she added, “How have you developed, Cecile, a thick skin so you can deal with things and so they don’t get to you?” 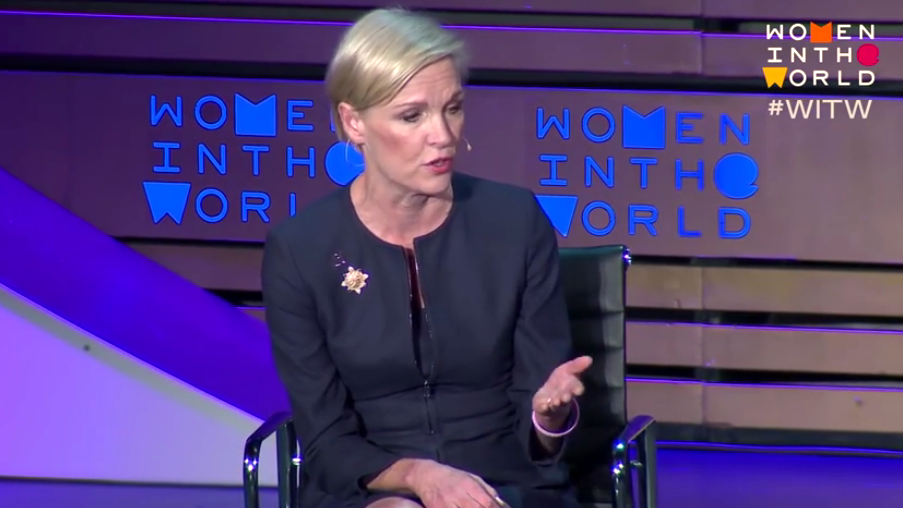 In another question, she gave Richards the opportunity to criticize Ivanka Trump for keeping quiet “on women.”

“Anyone who works in this White House is responsible for addressing what,” Richards reacted, “why women are in the crosshairs of basically every single policy that we’ve seen out of this administration.”

Couric was one with Richards – or so she seemed to think. “It used to drive me crazy that all these young women … would refuse to call themselves feminists,” she said at another point. “Do you think that’s changing, Cecile, because there has been this sort of reawakening about women’s rights … ?”

Couric also expressed concern over “how can we make sure the feminist daughters we’re raising aren’t just the progeny of affluent well-educated white women?”

Besides “reclaiming” the term “feminism,” Richards emphasized, “feminism isn’t about you. It’s not about your rights. It’s about believing in equal rights for all women.”

Except for those in the womb.

This isn’t the first time Couric and Richards have worked together. In 2015, in her position as a Yahoo anchor, Couric offered Richards a very friendly interview to defend her abortion giant. A former CBS colleague, in 2010, wrote that Couric hung a picture of Planned Parenthood founder Margaret Sanger in her office.

But sometimes Couric admits the unborn baby does have importance. Earlier this year, in an interview on her new Gender Revolution documentary, Couric ironically claimed to that even a “female fetus” can “feel” male.