Comedian Louis C.K.: Abortion Is Either ‘Taking a S***’ or ‘Killing a Baby’

The liberal media aren’t sure what to make of one comedian who claims that abortion is either “taking a sh*t” or “killing a baby.”

In his new Netflix special released Tuesday, Louis C.K. opened his show with the topic of abortion – a move that attracted criticism from outlets like Vogue.

Because, he added, “not getting an abortion that you need is like not taking a shit, that’s how bad that is… I think abortion is exactly like taking a shit. I think it is 100% the exact same thing as taking a shit. Or it isn’t.”

And if it isn’t, he continued, abortion is a serious issue.

He also made a point about pro-life Americans who protest outside abortion clinics.

“People hate abortion protesters, ‘They’re so shrill and awful,’” he said. “They think babies are being murdered. What are they supposed to be like?”

But, before long, he went back to defining abortion.

When audience members applauded and cheered at killing babies, he made fun of them.

“Whooo, we get to kill babies. Do some shots and kill some babies,” he mimicked. “I killed like four babies last night, it was fucking retarded.”

He also challenged the abortion industry’s old talking pointed: abortion should be “safe, legal and rare.” 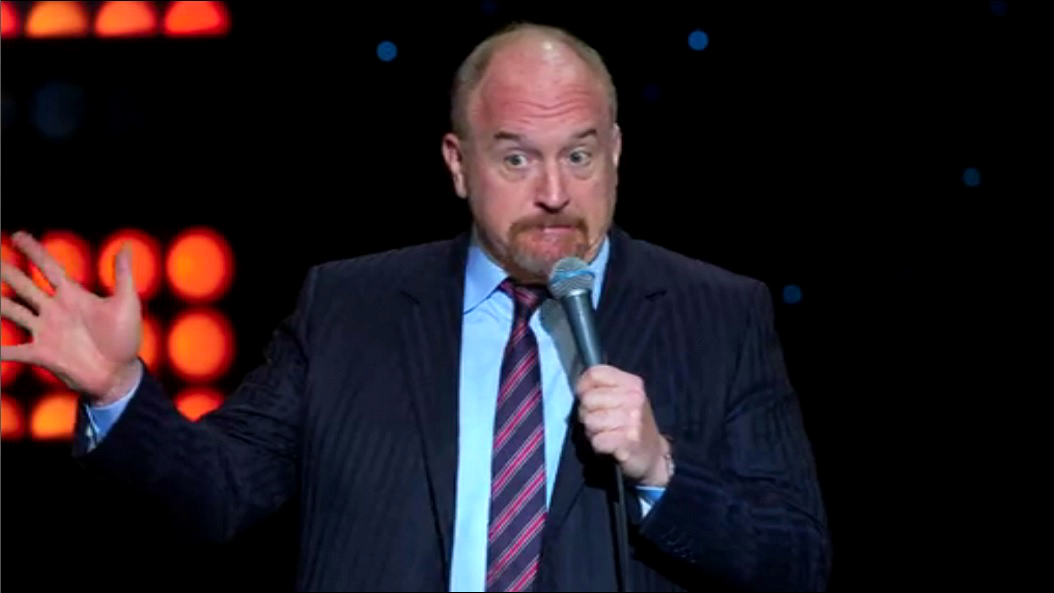 In the end, he said, “women should be allowed to kill babies” for two reasons.

“Number one, I don’t think life is that important,” he said. “Make a list of every shitty thing ever that’s in life. Life is okay.” His second point, he stressed later into his show, was that “that’s [women’s] job.”

“Women have to decide who lives and dies… They are the selectors, they decide this. We give them this responsibility when we fuck them.”

Women have “judgement,” he said, but men just have “intent.”

Abortion is the “last line of defense against shitty people in the species,” he said. “So we need them to abort every shitty baby.”

“When should they be allowed?” he concluded. “When it’s in their pussy that whole time. It’s in her pussy. If there’s a dude in your pussy, you get to kill ‘em. I think that’s pretty fundamental. You’re allowed to kill people if they’re in your house.”

In their reaction, the liberal media didn’t cheer like his audience did. Vogue Senior Culture Writer Julia Felsenthal condemned C.K. for his abortion comments that she found “more awkward than funny.”

“He certainly seems to be driving at something,” she wrote, “But what exactly is that something? Beats me, and that’s part of the problem.”

She guessed at his intentions:

If you dive into what C.K. is saying, it’s not only crude and ridiculous—deliberately so—but it’s also murky and confusing (deliberately so?). He’s being hyperbolic, but really only in one direction. Pro-lifers do genuinely believe that abortion constitutes the taking of life; on the other side, you’d be hard-pressed to find a pro-choicer who regards the choice as anything like ‘taking a shit.’

“C.K. of course has the right to say whatever he wants, and the right to tie himself up in knots just to prove that he can untie them,” she added. “But even so: Are women’s reproductive rights really the best arena, at this particular moment, for a male comedian to show off that particular skill?”

For The New York Times, Comedy Columnist Jason Zinoman interpreted C.K.’s move. “Despite what he says at the start of the show, he is less interested in telling us what he thinks about abortion than in dramatizing confusion and anxiety about it,” he wrote.

On a more positive note, Atlantic Senior Associate Editor David Sims wrote, “With 2017, and after so many years, he’s trying to figure out the larger mystery of human existence.”

C.K. isn’t the first big name to joke about abortion. Earlier this year, Lena Dunham apologized for her “distasteful joke” about wishing she had an abortion. Last year, one actress joked that abortion was “cool” like AAA car towing. Even comedian Stephen Colbert joked that “abortion” is a “funny word” like “guacamole.” And, last November, he invited another comedian on the Colbert Election Special who declared in the wake of President Donald Trump’s election “get your abortions now,” because “we’re going to be fucked.”