How America’s Largest Abortion Provider Is Now a ‘Fashion Statement’ 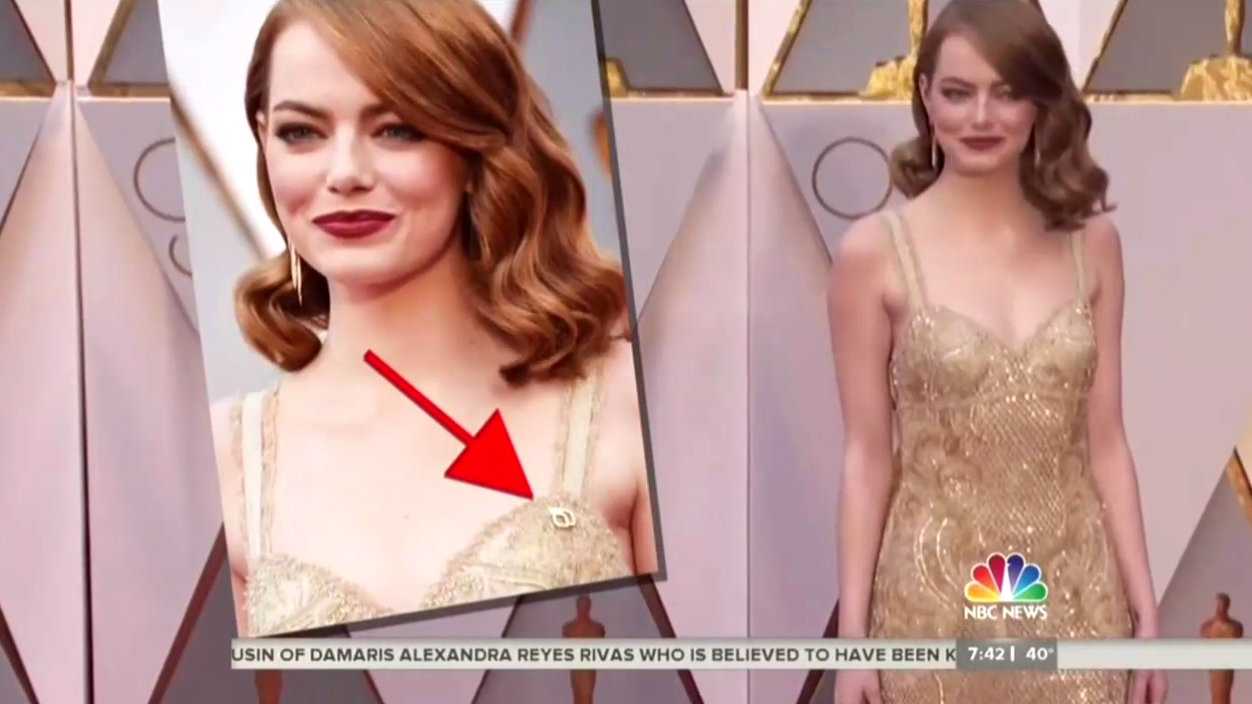 It happened at the Golden Globes, New York Fashion Week and, now, the Oscars: America’s largest abortion provider is becoming a “fashion statement.” And, in addition to entertainment news and women’s magazines, the broadcast networks are beginning to notice the trend.

“Along with fashion statements,” Morales stressed Monday during Today, “there were plenty of political statements.” For proof, she pointed to La La Land actress Emma Stone’s support of Planned Parenthood.

“Emma Stone wore a gold Planned Parenthood pin on her golden gown,” she said, before noting additional Hollywood names bolstering other organizations like GLAAD and the ACLU with fashion choices.

Later on in the show, Zanna Roberts Rassi, the senior fashion editor at Marie Claire, pointed out the “real statement” by “all these girls” wearing a “little Planned Parenthood gold badge.”

Morales again brought up Emma Stone. But, as Rassi suggested, Stone wasn’t the only one. 50 Shades Darker actress Dakota Johnson also sported a Planned Parenthood pin on her clutch purse Sunday night. And, for their efforts, the actresses garnered applause from the media.

As deputy culture editor at Time, Eliza Berman called Stone’s pin “her most noteworthy accessory” that came “in service of a cause.” Likewise, the assistant style editor at Seventeen, Kelsey Stiegman, noticed “her most epic accessory.”

Bustle declared the “powerful statement” by Stone and Johnson “truly a case of smart accessorizing.” The feminist site, together with Allure, even encouraged readers to buy their own pins.

“While some people like to say that celebrities have no business making political statements,” said writer Kathleen Walsh in a piece for Romper, “it has always been my contention that people with a platform have a right to speak their minds, and a real opportunity to be a force for good.”

Or a force for bad.

2017 is quickly becoming the year of Hollywood pushing liberal politics at awards ceremonies and in the fashion industry. And abortion giant Planned Parenthood is proving to be big player.

Unlike Stone and Johnson, Kirke vocalized her decision to wear a pin for Planned Parenthood. She referenced the new administration, following a proposal to reallocate Planned Parenthood’s government funding to other health centers that do not provide abortion.

"Paul Ryan is talking about defunding Planned Parenthood. I think that, along with a number of other decisions that are being talked about being made by the new administration, is atrocious,” she told Elle. “As a person with a platform, no matter what size it is, I think it's important to share your views and maybe elevate people that might agree with you, that maybe won't feel like they can have the same voice. My body my choice, your body your choice.”