Katie Couric sympathizes with the abortion industry and Planned Parenthood. But when it comes to gender, she admits that the unborn can “feel.”

Last week, Ellen DeGeneres invited Yahoo anchor Katie Couric on her show to discuss her “incredible” upcoming National Geographic documentary, Gender Revolution, which confronts “gender identity in this country.” And, according to her, even the unborn can feel a different gender. Video below.

From the beginning, Couric stressed the “whole new vocabulary that exists” and the “generational divide” in regards to gender.

In today’s world, “it's much more open and accepted, I think, for people to not fall into this binary that I was raised… with, this boy, girl, blue, pink,” she said on Jan. 23, “and I think for people who are a little bit older, like me, a ‘cisgender woman,’ which means I identify with the gender in which I was born, it's very hard to wrap your head around these new concepts.”

Couric hoped her documentary would offer Americans “the vocabulary and the tools to have a real conversation about it” in order to fight the hatred that, she continued, “comes from fear and fear comes out of ignorance.”

Referencing to Caitlyn (formerly Bruce) Jenner, Ellen prompted, “So explain what happens to the brain with estrogen and testosterone when a baby is formed.”

Although Couric warned that the science “is really in its very nascent stages,” she relayed what she had learned. “We all start out as girls,” she said of pregnancy, “And then a – a surge of testosterone in the first trimester creates different genitals.” 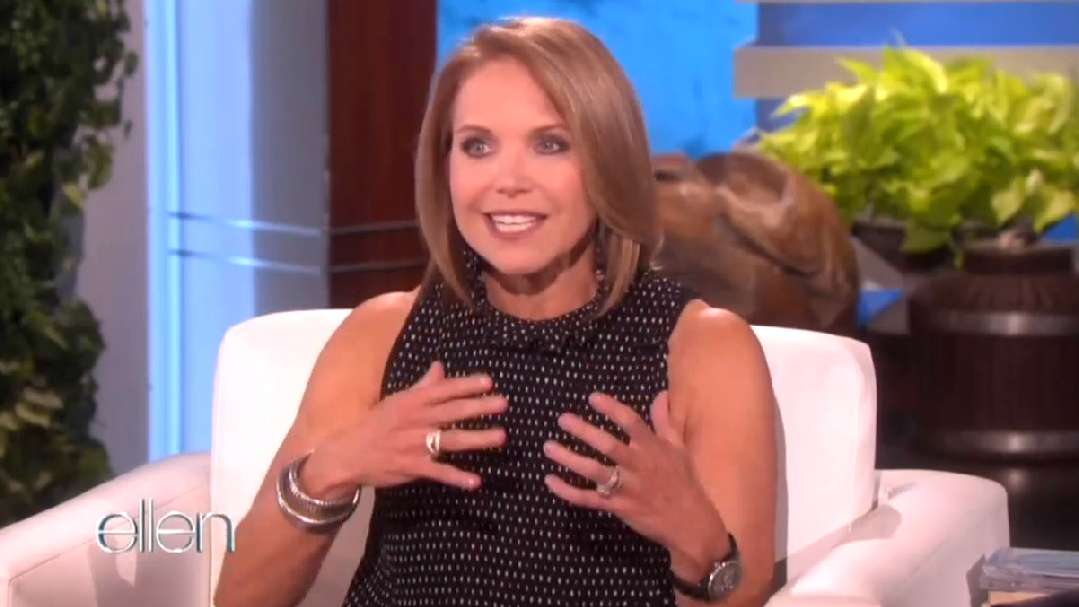 When that process is “interrupted or something happens,” a child can be born intersex or have “ambiguous genitalia or sex characteristics of both… male and female.”

Couric reported that intersex babies provide a “great foundation to talk about where gender comes from.” Rather than “imposed,” gender is “really a deeply biological thing,” she said.

“Just because you operate on a child and tell that child you're a certain gender,” she added, “that doesn't necessarily coincide with who that person feels he or she actually is.”

Even in the womb, a baby can “feel” like a different gender, she went on to say.

“In the later stages of development, it’s when your brain is wired, and sometimes a surge of testosterone can make… a female fetus feel as if that baby is male or that person is male,” she said. “And the opposite, if there's not enough testosterone.”

“It’s so interesting,” she concluded. “But it's really about biology and people don't realize that.”