Hollywood actresses have fans of their own – but that doesn’t mean they don’t know how to be fans themselves. Especially when it comes to places like Planned Parenthood.

At the 2017 Golden Globes Sunday evening, actress Tracee Ellis Ross won Best Actress in a TV comedy series for her role in ABC’s Black-ish. But People magazine focused instead on the 44-year-old’s jewelry.

On the red carpet, Ellis Ross flaunted a large silver ring on each finger. When People asked about her jewelry choice, she joked, “You know what happened? I flew to New York and I had them cover me in snow!” 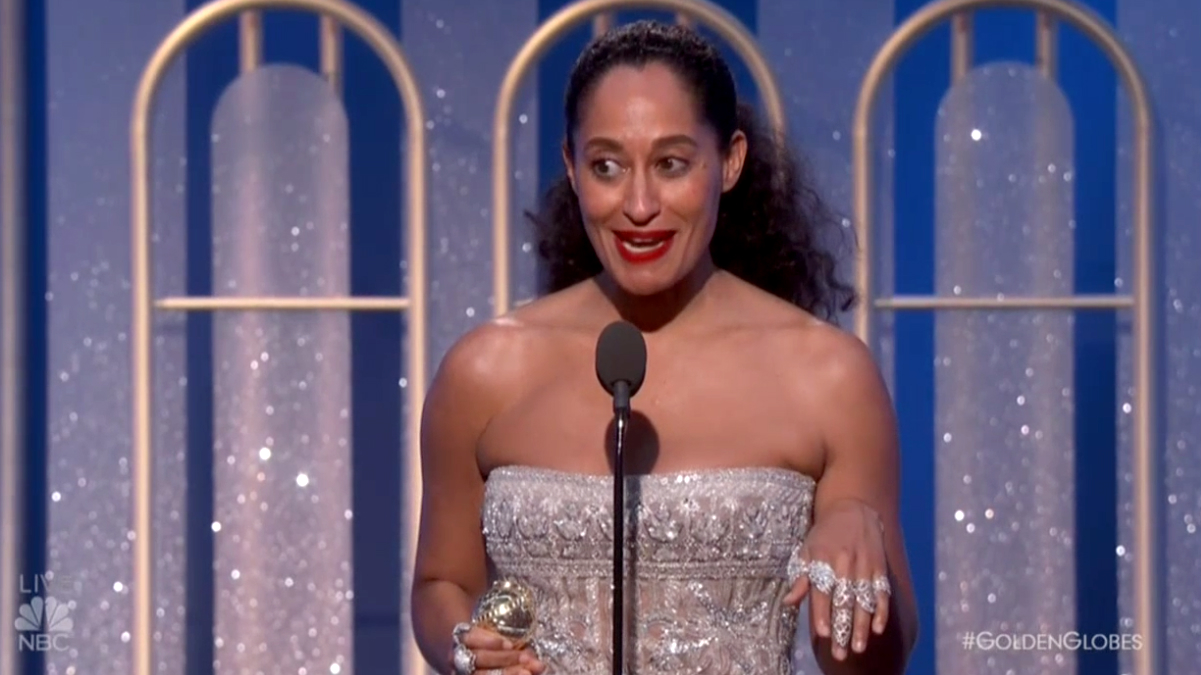 “I’m hoping to abscond with them and buy a house,” Ellis Ross added. “I think I will hock them and give all the money to Planned Parenthood and the ACLU. It’s that kind of year, folks.”

That would be no surprise, given that many of Planned Parenthood’s most powerful supporters (besides the media) come from Hollywood.