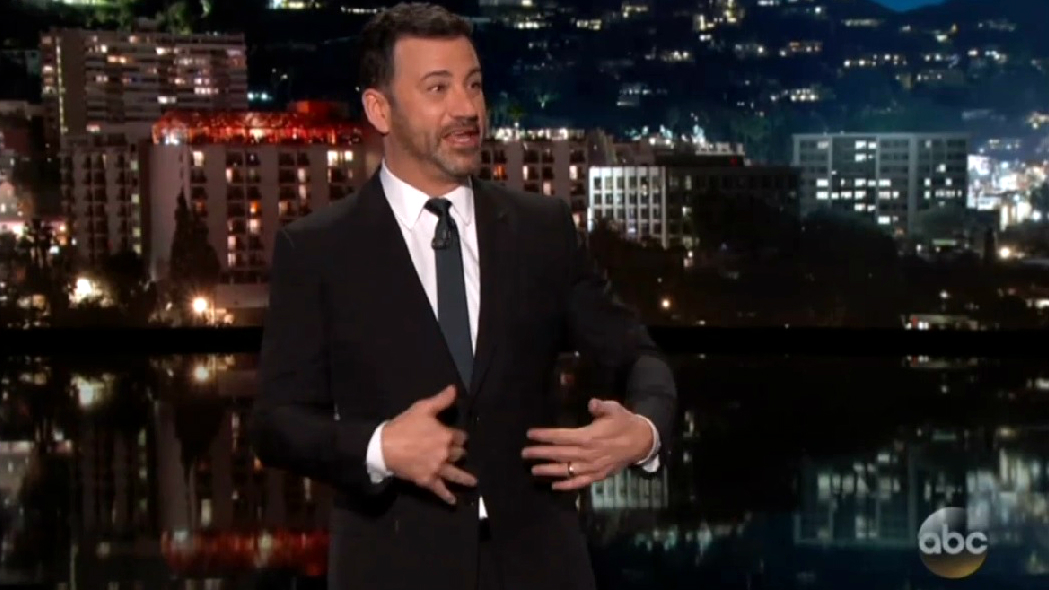 In his baby announcement earlier this week, a late night host slipped in a pro-life message.

During his show Monday evening, Jimmy Kimmel revealed that he and wife Molly McNearney are expecting baby number two together.

Kimmel began Jimmy Kimmel Live! by announcing that he will host the 89th Academy Awards ceremony in February. He added, “Also, another thing I wanted to mention, my wife is hosting a baby inside her body. So that’s exciting.”

That’s right, a “baby.” Not a “bunch of cells” nor a “cavity,” as some in the liberal media would have Americans believe. Video below.

He continued with the same language.

“We went and got the ultrasound — which is weird, ‘cause you’re spying on the baby, the baby doesn’t know, already you’re spying on the baby — but we asked the technician not to tell us whether we’re having a boy or a girl. Our plan is to let the child decide for itself,” Kimmel joked. “We want it to be a surprise, but I have been trying to think of names that would work for a boy or a girl. So far, I’ve come up with two: number one, ‘Dyson’ after the vacuum or ‘Gelatin’ with a ‘j’. No? That’s exactly what my wife said.”

Besides the new baby, Kimmel and McNearney have a two-year-old toddler (Jane). Kimmel also has two older children (Katie and Kevin) from his first marriage.