Miley Cyrus couldn’t be prouder to represent Planned Parenthood and abortion, according to the singer herself.

On Tuesday, late-night talk show host Jimmy Fallon invited the 23-year-old celebrity on the Tonight Show as a guest. 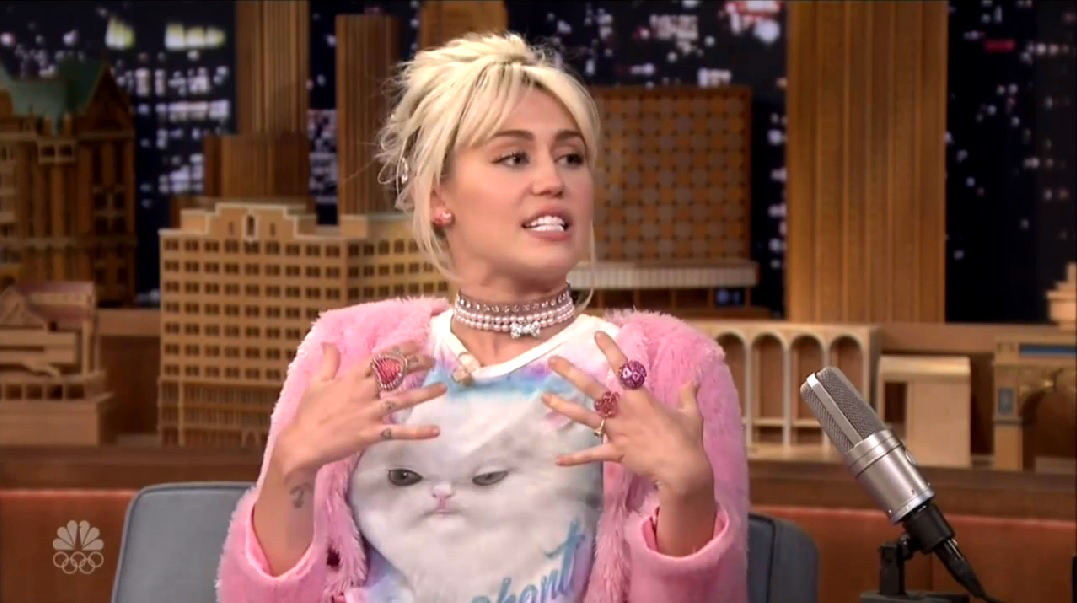 To introduce Cyrus, Fallon asked the audience to “please welcome one of the coolest, hardest working people we know.”

In the middle of interviewing Cyrus, Fallon brought up her “charity” work.

“You’re releasing a T-shirt today?” he prompted Cyrus, before holding up a shirt featuring a photo of her behind a steamy pane of glass kissing the word “pro-choice” traced in the fog.

In agreement, Cyrus explained, “It's a collab with Marilyn Minter and Marc Jacobs for Planned Parenthood.”

They could also find the shirt, as Fallon happily announced, at happyhippies.org (Cyrus’ nonprofit created for LGBTQ youth). Cyrus also directed viewers to her Instagram to have a better look at the “super exclusive” item.

As a celebrity, Cyrus found herself the perfect person to speak on behalf of abortion giant Planned Parenthood.

“I think it's really important for me to be someone that speaks out about women's health rights and reproductive rights,” she said, “and I think that's important for people to not be afraid to talk about that.”

“And I'm a good person,” she added. “When – when there's a company that – that's having a hard time with people being afraid of something, I'm a good person to put on the face of a T-shirt.”

A good face who identifies herself as genderqueer and pansexual who attracts attention at various music awards shows by smoking pot and waving foam fingers and twerking.

Fallon concluded: “Just let her do it.”

As she hyped, Cyrus’ shirt is all over her Instagram. Take a look: