Many abortion supporters are in favor of one choice: abortion. Or at least that's what comedian Samantha Bee’s show seems to claim.

On Monday night, Full Frontal with Samantha Bee dedicated a segment to bashing crisis pregnancy centers. Together with comedian Patton Oswalt, Bee tried to label the centers as “bullsh*t,” “dickheads” and “assholes.” Instead of dutifully exploring both sides, the show churned out abortion propaganda while poking fun at both Christians and the pro-life movement. 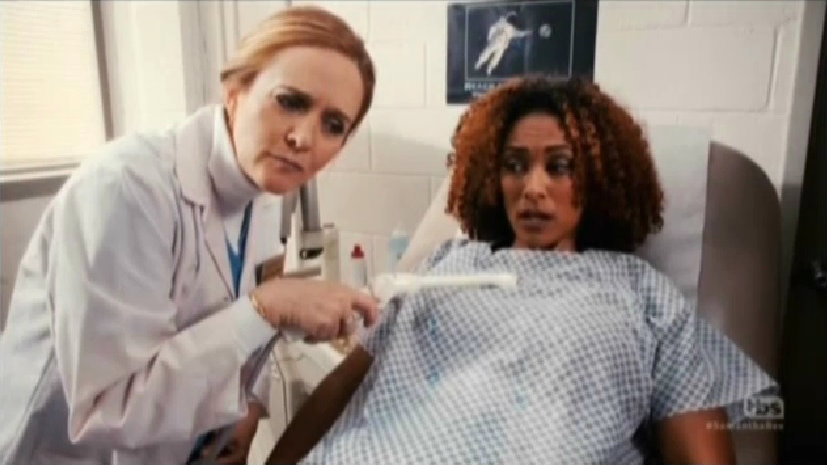 Bee began by claiming that crisis pregnancy centers are “full of toxic bullsh*t,” before turning to a skit largely narrated by Oswalt.

Dressed as a magician, Oswalt declared, “The best cons are the lies that hide in plain sight.” Like God, he added.

But as his prime example of “cons,” Oswalt focused on “conception deception” – or crisis pregnancy centers.

To find out “the truth and the illusion” of the centers, he turned to Vicki Saporta, president and CEO of the National Abortion Federation.

While he claimed to want “both sides of the coin,” he only looked at one side and one argument: crisis pregnancy centers are evil. Not once did the show interview a pro-lifer.

According to Saporta, crisis pregnancy centers are “fake abortion clinic[s]” because they “create the illusion that they’re an abortion clinic” and “frighten” women from abortion with “lies.”

Or, you know, they provide women with free services so that they can have and support their baby (which someone who supports “choice” should applaud).

“They try to have women come in to have a free pregnancy test or free ultrasound and then their goal is to detain them,” she warned. And those ultrasound results are frequently “false,” she added.

These centers even (gasp) want women to “believe” in “long-term, negative consequences” after abortion, like problems with future childbearing, post abortion stress syndrome or breast cancer.

But she’ll have to do better than that to convince the pro-life movement. As MRC Culture has previously reported and the networks have ignored, experts on both sides agree that there are risks to women (like death) from abortion – from pro-life group Americans United for Life, university studies and government sites to the Planned Parenthood-linked Guttmacher Institute.

As the skit continued, Bee played a “doctor” at a crisis pregnancy center (“Pranned Palenthood”) with a Bible, rosary and crucifix next to a specula in her office.

As she performed an “ultrasound” on a woman, Bee joked, “I hear a heartbeat” and later pretended mimic an unborn baby talking to its mother, her patient.

Last but not least, Cherisse Scott, a “Reproductive Justice” leader, appeared on screen to tell the story of how she accidentally visited a center because “it was the largest ad” in the yellow pages.

Scott complained that, as she went for an ultrasound, she felt like she spoke with a “real nurse giving me real medical information.”

Oswalt inserted, “Most cons want to take the mark for their money. But these – these flim-flamsters want something even more precious.” 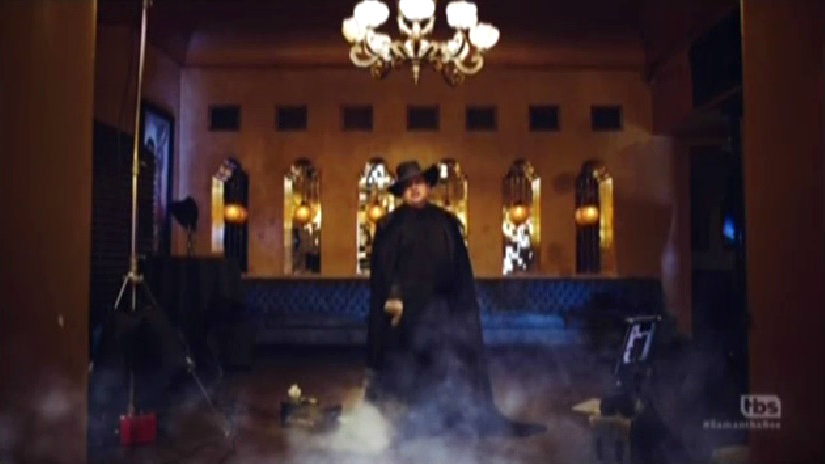 He ironically got that right: there’s a baby’s life at stake.

Scott also warned that she had to watch a video at the center.

“For the animation they show a doctor going in with clamps to latch on to the baby's head and pull the baby out,” she said. “It was the scariest looney tune cartoon I had ever seen in my life.”

Because the center’s nurse told her she wouldn’t be able to have future children after an abortion, Scott said, she decided to have her baby.

Afterwards, Scott continued, “they have disappeared without a trace,” which made it difficult to provide for her son. (Yes, that’s hard. But did she try another, different center? As Saporta explained, there are more than twice as many “fake clinics” as there are abortion clinics.)

“I'll be very honest with you,” she admitted. “If I could do this all over again, I would have an abortion.”

In his conclusion, Oswalt ranted that crisis pregnancy centers are “all legal”:

“Crisis pregnancy centers hide behind the fig leaf of the first amendment, which I guess gives them the right to trick, scare teenagers into not seeing a doctor and no one’s stopping them, the government is behind them. State governments give millions of dollars. Your tax dollars to these dickheads for – for abstinence education, even though they're – they’re educators the same way that darth vader was a good f*cking father.”

He ended the segment with, “Actually, tricks and illusions are fun, but crisis pregnancy centers are just plain assholes.”