Guthrie followed up, “Would you have an exception for the health of the mother?”

Trump concluded, “I would leave it to the life of the mother, but I would absolutely have the three exceptions.” 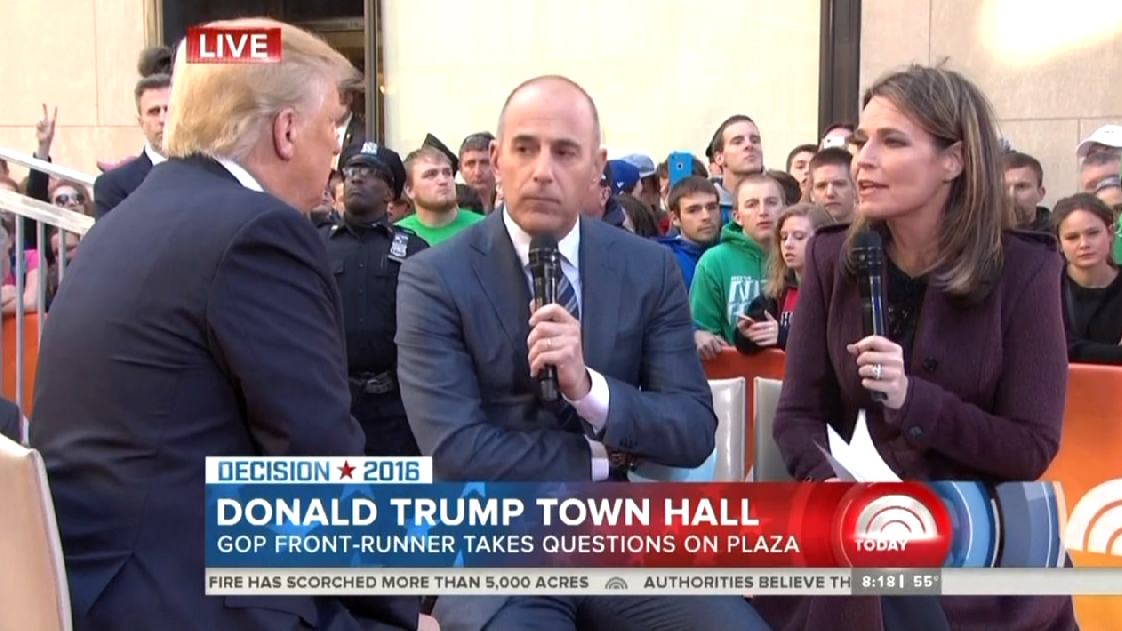 The GOP platform's position on "The Sanctity and Dignity of Human Life" reads, "Faithful to the 'self-evident' truths enshrined in the Declaration of Independence, we assert the sanctity of human life and affirm that the unborn child has a fundamental individual right to life which cannot be infringed."

While it shouldn’t be a big deal, Guthrie’s word choice (“unborn child”) is a rarity for the networks. The networks generally refuse to say “baby” in regards to abortion and opt for “fetus.”

In 2015, at the annual Washington, D.C. March for Life, MRC Culture interviewed women raped and conceived from rape who chose life.